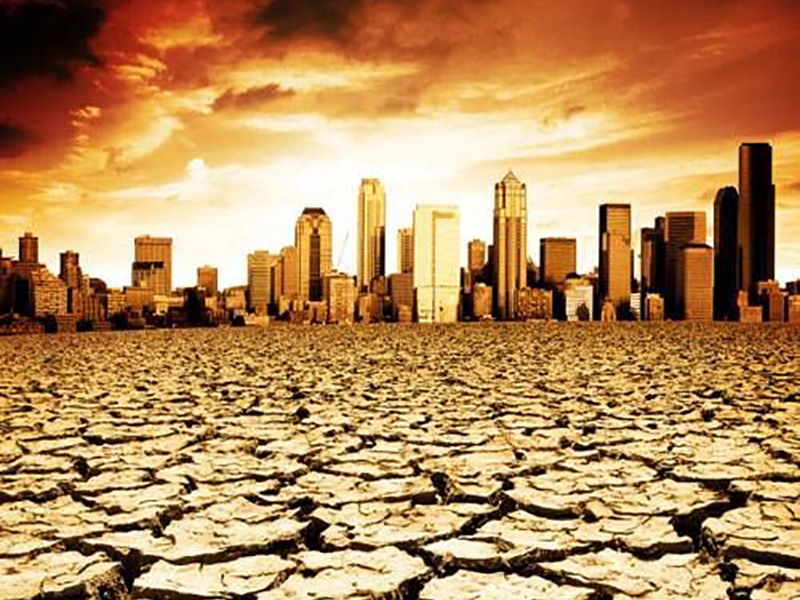 The fire that besieged the cathedral of Notre-Dame on 15 April caused untold damage. Restoring the Cathedral to its former glories will require a complex restoration project; this won’t come cheap. Lucky then that in the 10 days after the fire at least €750m (£650m) has been pledged to finance the restoration of Notre-Dame.

This staggering amount has got people talking. Many people have asked when there are so many critical problems in the world, wouldn’t this money be better spent elsewhere? This is after all just a building.

When we get to the crux of what has happened? A building has been damaged, resulting in extreme generosity by people to help restore the building.

Personally, the reaction to the fire isn’t surprising – it reflects human nature with respect to how our response mechanisms work. We are brilliant at reacting to simple problems. Where there is a direct relationship between cause and effect, we are able to respond quickly to solve the problem. Analysing the crux of this problem is simple, and that’s the point. That’s why the fire has had such an overwhelming response.

People know that donating money will contribute to helping restore a cathedral. There is a direct relationship between cause and effect, which helps to simplify decision making. The response has been strengthened by images of the burning building. This has worked to awaken peoples emotional sensibilities, further strengthening the response.

So the outcry at the vast sum that has been raised, while understandable, misses the point. People may ask: why can’t we raise that amount of money for the famine in Yemen? Why doesn’t the crisis in Yemen evoke the same reaction? After all, millions of people’s lives are at risk. Surely we place a greater value on life, then we do on a building?

On analysing the problem in Yemen, there is no direct relationship between cause and effect. The famine in Yemen is a far more complex issue. Simply donating money to the cause won’t help solve the underlying civil war that is ravaging the country.

It is far from simple.

Complexity has a disabling effect. While the images we see from Yemen are heart wrenching, as individuals we feel a sense of powerlessness. If I donate money to the cause, how is it going to help solve the issue? As there is no direct cause and effect, people are less willing to donate.

Desensitisation is also an important factor. We are bombarded by the world’s problems on a daily basis in news reals. The famine in Yemen is just one such problem. In the face of all of these problems, how can we help solve all of them? The answer is we can’t. As individuals, donating money to all problems isn’t really conceivable. We donate to the cause that pulls at the hearts strings, with no real awareness as to how that donation will actually solve the problem.

As there are so many complex issues, that can’t be solved by simply donating money to them, it’s easy to turn a blind eye. We are all guilty of doing this.

Climate breakdown: the mother of all problems

The problem to end all problems is the climate catastrophe we are inducing. We’re living in a moment in time where we know civilisation is creating changes to the living planet. These changes are likely to make the Earth inhospitable to future generations.

We are destroying the fabric of the natural system that sustains our lives. Finding a solution to this problem is the greatest challenge humanity has ever faced.

Restoring a cathedral that is over 800 years old seems nonsensical when there will be no one here to appreciate the building in a further 800 years.

While it is frustrating to look at the way we do things, again, like the famine in Yemen, psychologically it is understandable why there is such disablement around the issue of climate breakdown.

Climate breakdown is a vastly complex problem. And the more complex a problem, the harder it is to find consensus on creating a solution. There is no simple cause and effect relationship between the problem, and a solution. There is a vast web of interconnected issues that must be resolved in their entirety if we are to stem the threat.

Climate breakdown is a wicked problem.While being presented as a problem by media, it’s not actually a problem in and of itself. It’s an effect of a problem – an undesired consequence of our way of doing things.

To add a layer of complexity, climate breakdown is occurring now, but its impacts aren’t debilitating at present. Our civilisation is still functioning, and all appears well. While we know there is a problem, we can’t see it. And while being brilliant in reactive situations, we’re not so great at being proactive. If the threat isn’t in front of our eyes, then it is as if there isn’t a threat.

To put this wicked problem into context;

This really is a complex issue.

How can we solve the crisis?

The changes we’re currently making to mitigate against climate breakdown are incremental. These changes are made in isolation, with no real foresight as to how each change interacts and is connected to other changes. After all, what is the desired outcome? We want to prevent the breakdown of our climate so we can live harmoniously within the Earth’s boundaries. But what does that actually look like?

There is no unifying vision directing humanity’s efforts in mitigating against climate breakdown. We have a hodgepodge of efforts but what is the underlying strategy that binds these efforts together? There isn’t one.

To get to the real crux of the problem. The reason why the underlying system won’t be redesigned anytime soon is that there are far too many vested interests in our current way of doing things. For those who push the systems pedals, what motivation is there to change? A Change will put their vested interests at risk.

Those who push the pedals, don’t really want to solve the problem – there is no intrinsic value of doing so.

We’re presented with an illusion that we’re dealing with the impacts of the impending climate breakdown. Without redesigning the system – without getting to the root of the problem, the problem won’t be resolved, and I fear the worst for humanity.

Imagine if, as a global community, we dealt with the issue of climate catastrophe in the same way as the fire at Notre-Dame? What are the structures we would need to be in place to empower people to feel like they had direction in terms of what they can do to help solve the problem?

Solidarity and unity are crucial.

Creating a vision of the future that the global community can stand behind and support is essential. If we can create a vision that helps people see a solution to the current problem, we can create solidarity and unity, and inspire people to stand behind an idea. A different way of doing things. That breaks away from the current system and helps us direct efforts towards a common goal. If we can achieve that, I have hope for humanity.

Why ‘Living Your Best Life’ is Destroying Life For Everyone Else

Who are the Superheroes and Supervillains of the Climate Crisis?

A battle between good and evil is playing out before our eyes, who will prevail?