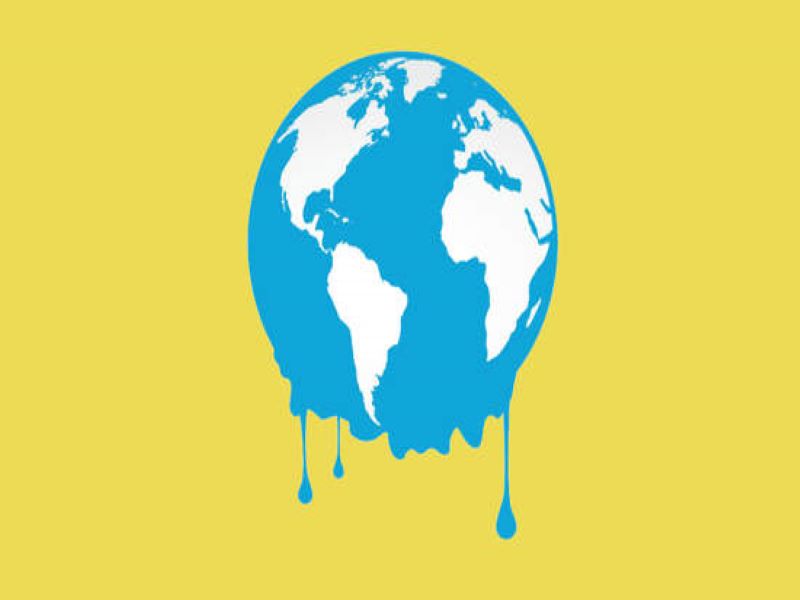 The problem requires aggressive reductions in emissions now. If we continue on our current path we could radically change the environment and lead to the breakdown of civilisation. Failure isn’t an option. With that being the case, why do we continue to do what we’ve always done? The results show it’s not working.

The problem requires a different approach. Here are seven reasons a one-world government could be the approach that’s needed to solve the climate crisis.

The Paris Agreement was seen as a game-changer. Nearly 200 countries committed to a universal agreement to cut greenhouse gas emissions. The French President, Francois Hollande said: “We are at a decisive point in time.” Unfortunately, it hasn’t lived up to expectations. The US has since reneged on the agreement, putting its effectiveness into question.

From a strategic perspective placing responsibility for dealing with the crisis in the hands of so many countries isn’t wise. Nearly 200 countries agreed to the goals. But the idea you could get these countries to actually meet the goals over the long term seems optimistic. The US is an example of why. A change of government could result in a reprioritisation of goals.

It was a monumental challenge to get nearly 200 countries to agree to the goals. Getting them to take action and meet the goals over the long term feels a step too far.

The climate crisis requires a global vision, with a concrete strategy for how to get there. This will create direction and concerted effort. The problem calls for collaboration on a global scale. Countries aren’t structured to do this. A one-world government would be able to create a vision we can all stand behind.

To use an analogy, imagine you’re a runner who has bad form. This leads to your knees swelling. After a run, you focus your energy on icing your knees to relieve the swelling. All the while the problem is how you run. To stop the swelling you need to change your running style.

By changing the cause, you stop the effect.

The economic system continues to go unquestioned. We keep on focusing on the effect, rather than the cause. If we have any hope of dealing with the climate crisis, our economy must be redesigned to be in harmony with the natural world.

Kate Raworths Donut Economics is a powerful illustration of what an economy fit for the 21st century might look like.

3. The climate system has no borders

Unlike nations, the climate doesn’t have borders. CO2 released in one part of the world influences every other part. But the effects of greenhouse gas emissions aren’t the same everywhere.

Countries set to suffer the worst impacts of a changing climate contributed the least to create the crisis. The Western Industrial nations are responsible for the vast majority of historical emissions. This fact is a major point of contention when countries try to discuss solutions to the crisis. Developing countries aren’t willing to limit emissions when the West developed due to past emissions. Why should they limit their own rate of development when the West has created the problem in the first place?

These entrenched positions will get us nowhere. If we’re to solve the challenge we need to mirror the natural world and think about how we can create collaboration and cooperation. Each part of the climate system affects the whole. Human society is no different. Every country plays a role. If we unite under a one-world government it will be easier to deal with the crisis in a coordinated way.

4. Countries have their self-interest at heart

The borders that separate countries create points of separation. Each country has their own people’s interests at heart. When the effects of the climate crisis become more aggressive countries will turn inwards to protect themselves. This is the opposite of what we need.

The effects of the climate crisis aren’t equal. Some countries will see some benefits of a changing climate. Others are facing an uncertain future.

No country can solve the problem in isolation. We need collaboration and cooperation. But we have self-interest and selfishness.

A one-world government could place an emphasis on solving the problem in a united way. To see any benefits of the crisis reflects a broken economic system, rooted in self-interest. If millions of people are suffering misery due to the changing climate, the benefits seem futile. A one-world government could direct resources to those areas that need them most. In the face of a global crisis, humanity is far stronger working together.

5. The issue with multinational corporations

Since 1988, 100 companies have been responsible for over 70% of the world’s greenhouse gas emissions. If we want to tackle the climate crisis this would be a great place to start. But these companies are powerful. The biggest oil and gas companies spend $200 million a year lobbying to prevent policies to tackle climate change. They influence legislation to suit their needs.

On top of this, multinational corporations aren’t affected by borders. How can countries that do have borders control these huge companies that have influence all over the world? They can’t. Countries aren’t able to control corporations because they aren’t structured in a way that makes this possible.

Multinational corporations are a product of their time. Countries are the remnant of a bygone age. The structure of the nation-state isn’t fit for purpose in the modern world.

A government designed to meet the demands of the technological age we live in is essential. A one-world government could solve this issue, placing the interests of society at its heart, not corporations.

Maintaining the health of the natural world is vital to avoid the breakdown of civilisation. We’re currently experiencing the sixth mass extinction event. This is due to human behaviour such as cutting down forests and planting monoculture agriculture.

The 2019 Amazon Rainforest fires highlight the issue. Many fires were started intentionally by farmers to clear land for crops and livestock. This leads to habitat loss driving the sixth mass extinction. On top of this, the Amazon Rainforest is often referred to as the ‘lungs of the planet’. The rainforest is so huge it affects the climate.

The fires were an emergency. Every possible resource should have been used to prevent the fires spreading. As the majority of the Amazon is in Brazil they had responsibility for dealing with the fires. brazils reaction was slow. Rather than focus on the crisis, it seemed the Brazilian president, Jair Bolsonaro, was more focused on a petty squabble with the French president, Emmanuel Macron.

If the Amazon is crucial for the wellbeing of everyone no country should have ultimate responsibility for its upkeep. In a one-world government natural ecosystems could be areas of significant importance. Not to be interfered with by humans.

Our agricultural system is inefficient. We use 50% of all habitable land for agricultural use. Livestock takes up 80% of agricultural land but produces less than 20% of the world’s supply of calories.

Our food choices are placing too much pressure on habitable land. The agricultural sector contributes over 11% of global greenhouse emissions. This is an area where reform can bring change.

These stats point to the fact we’re eating too much meat. As of 2017 global meat consumption was 330 million tonnes. Reducing this demand would decrease pressure on land. In turn, decreasing the amount of CO2 released by the agricultural sector.

A behavioural shift is needed to reduce this appetite for animal products. A global campaign highlighting the health benefits of a plant-based diet could help in changing people’s food choices. There also needs to be growing awareness of how meat is produced. Behind the neatly packaged piece of meat bought in a supermarket lies a slaughterhouse where millions of animals are put to death.

A one-world government could coordinate a global campaign to reduce meat consumption.

The climate crisis threatens our existence. It can’t get any more serious than this. Our current approach isn’t working. No country or group of counties can put in place the changes necessary to fight the worst effects of what’s to come. This is a global problem, and it requires the whole of humanity to collaborate to find solutions. But each country has different priorities. It’s difficult to get so many countries to cooperate and agree on an approach that will help solve the crisis.

I don’t believe we’ll be able to find solutions to our problems using the current political structure. However, it would be naïve to think each country would give up its sovereignty to a one-world government. This isn’t going to happen any time soon. Unfortunately, it feels like we have a perfect storm setting us up for failure. There is far too much self-interest to risk cooperation and coordination of actions to get to a desired goal.

As the effects of the climate crisis worsen my fear is civil society will begin to break down and anarchy will ensue. By that time it will be too late to take proactive action to deal with the emergency.

Desperate times call for radical measures. A one-world government is radical but could be the approach needed to solve the climate crisis.

Why it Makes no Difference Who You Vote For

That's if you care about the climate crisis