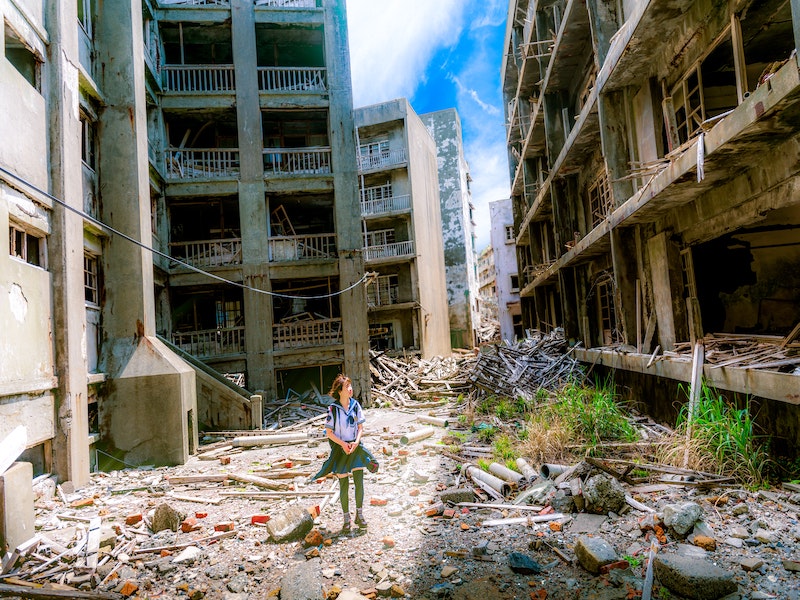 War is death, war is a destroyer of cities, war tears societies apart. How can there be any positives to such a traumatic state of affairs? That all depends on your perspective. While war brings misery it also costs a lot of money. It’s estimated the United States spent over $2 trillion on the 2003 Iraq War. When seen through the lens of Gross Domestic Product (GDP) this is a positive. GDP doesn’t measure the welfare of a society or any kind of emotional wellbeing. It measures the creation of wealth. And boy, does war create wealth.

GDP cares little for whether the wealth generated has a positive or negative contribution to society. This is the danger with metrics. A single number is a convenient way to track the health of a nation. But how did that wealth come to be? Seeing the results without accounting for the process is a rather crude way of measuring the success of a nation.

GDP makes systemic issues such as inequity, inequality and the mother of all issues, the climate crisis worse. To solve these issues we must develop metrics encouraging behaviour that drives us towards solutions.

Why do we use GDP?

Simon Kuznets developed the concept of GDP in 1934. Since the end of World War II, it’s become the main tool to measure the productivity of a country’s economy. Kuznets warned of its limitations at the time saying;

The welfare of society and the emotional well being of its people don’t go hand in hand with the growth of a countries economy. Inequality is a case in point. The assumption made is the higher the GDP in a country, the wealthier and more developed a nation is. Each individual should reap the benefits of increases in GDP. This would be true if wealth was distributed evenly.

In reality, the opposite is happening. Based on GDP the United States is the wealthiest nation on Earth. And yet, the richest o.1% own roughly 20% of wealth. Globally, the richest 26 people in the world have as much wealth as the poorest 3.8 billion people. A busload of people have more wealth then the populations of China, India, the United States, Indonesia and Pakistan combined, and there would still be space for a few hundred million others.

Why is GDP considered a useful metric?

Okay, so it’s a useful measurement for economists and investors. But what does this have to do with war?

If we look at the example of the Iraq War this was a coordinated effort on a monumental scale. It required the transportation of the US army and their array of sophisticated equipment across the globe. The army needed to be fed, clothed and sheltered. In bringing Saddam Hussain’s regime to an end the US destroyed Iraq’s cities and infrastructure. A huge construction effort was needed to rebuild the devastated country. Every stage in the process required massive amounts of investment. Hence the total bill of over $2 trillion.

What about the human impacts that can’t be measured by a dollar sign? What about the casualties of war that still suffer physically or psychologically to this day? How about the volunteers that risked their lives to save others?

How does GDP measure their suffering or contributions? It doesn’t.

As Robert Kennedy said, GDP “measures everything in short, except that which makes life worthwhile.”

What’s the alternative to GDP?

A metric that could consider war as a positive clearly has to be viewed with scepticism. But we haven’t got to the worst part yet. GDP discounts the environment we’re all dependent on for survival.

Climate change has been considered an afterthought for decades because dealing with the problem would involve reducing carbon emissions. The assumption has been this would impact on the GDP. Nevermind a crisis threatening the existence of humanity and all life on Earth. If GDP is increasing that’s all that matters. Right?

We’re hurtling towards an uncertain future, but there is hope. Other metrics are becoming ever more popular. Metrics such as the UN’s World Happiness Report ranks countries by their levels of happiness. While the OECD has created a framework for measuring wellbeing and progress.

What is still needed is a metric that encompasses three crucial factors. The health of the environment, the wellbeing of society and the development of the economy. Creating a metric that accounts for these factors could create a leverage point in inducing changes to human behaviour.

Because metrics are powerful. As Dan Ariely said in the Harvard Business Review:

“Human beings adjust behaviour based on the metrics they’re held against…what you measure is what you’ll get.”

If we continue to rely on GDP to measure the health of economies we’ll continue to see counter-intuitive behaviour. But, if we change the metrics we base success on, the behaviour traits induced by GDP will also change. Measuring the success of nations based on the health of the environment, the wellbeing of society and the development of the economy could have transformative results. Countries and in turn people will focus their endeavours on achieving targets based on these factors.

Any metric that considers war in a positive light shouldn’t be used to measure anything. We need a set of metrics driving human behaviour that makes the prospect of war illogical. Because war is death, war is a destroyer of cities, war tears societies apart.

Black Friday: A celebration of Consumption

Consumption is fuelling the climate crisis

Why are Smartphones Designed to Break, and What Can Be Done About it?

Redundancy is built into technology so companies can maximise profits