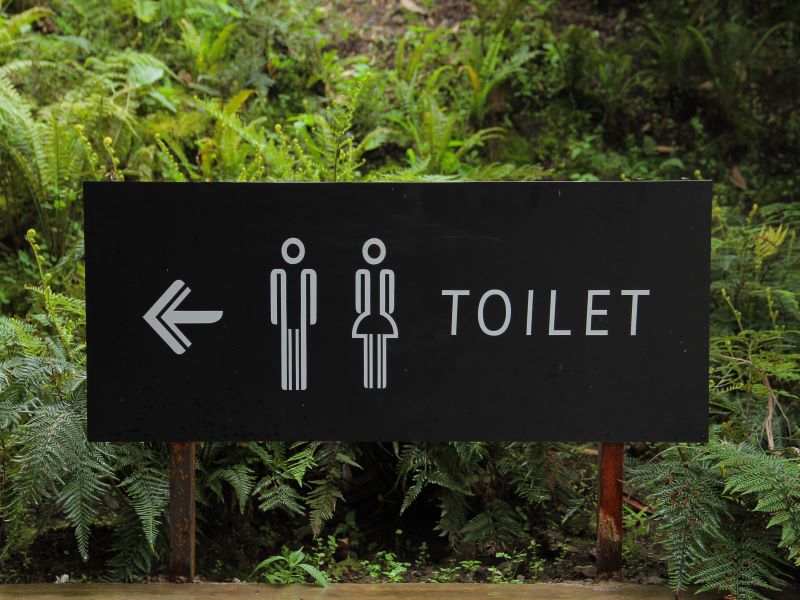 Going for a number two is one of the most liberating things you’ll do all day. I’m not saying to jump from the rooftops and declare to friends or colleagues about how wonderful your last shit was. But, when relieving yourself, you know every other human being in the world must do the same thing. For me, that’s humbling.

I remember having a conversation when I was at the age where anything poop related was fascinating, and I was amazed at the thought of the Queen going for a number two. Nooooo wayyyy! I mean I was so amazed I remember it now. But that feeling plays into the idea of social status. That somehow the act itself is beneath the elite. That’s why it’s so humbling. It’s beneath no one. It’s a function we must all perform daily (hopefully anyway).

No matter what your social status, wealth or position of power. The act of relieving yourself rips away the complexity that creates division in society. It’s a natural function that brings us all to the same level.

The most terrifying moment of the day

Those living in the West are able to relieve themselves in privacy. We lock the bathroom door and do our thing. After we’re done we flush the toilet and think nothing of the sophisticated sewage system beneath our feet dealing with the waste.

This isn’t the case for everyone. According to the World Health Organisation 2 billion people don’t have access to basic sanitation facilities such as toilets or latrines. That’s over one in every four people.

Having no access to sanitation facilities has debilitating impacts. Transmission of diseases such as diarrhoea, cholera and typhoid are linked to poor sanitation. These diseases can have deadly consequences, with over 430,000 people dying from diarrhoea each year alone.

It’s not only the threat of disease people have to fear. Its social impacts are crippling, particularly for women.

Not being able to go in private leaves women exposed, vulnerable, and at risk of sexual assault. This is a daily struggle thwart with anxiety. It’s difficult to imagine how stressful it must be, knowing you must relieve yourself, but every time you do so puts you in danger.

Exacerbating the issue, if girls don’t have access to separate toilets they’re less likely to go to school. Disempowering them from getting an education to break the poverty cycle.

Access to basic sanitation is a fundamental human right. Something we take for granted in the West plays such a massive part in other people’s lives. Nothing symbolises the chronic inequality that still exists between nations and people than the fact 1 in 4 humans in the world may fear relieving themselves.

Who would have thought your life-chances could be affected by what seems such a trivial act? But without the infrastructure in place, relieving oneself is dangerous.

Whether you have access to sanitation is based on where you were born. Ensuring each human being has access to sanitary facilities is essential to creating a sustainable society where everyone has the same opportunities to live fulfilling, wholesome lives.

It’s so easy to take what we have for granted, but the next time you relieve yourself imagine you weren’t sitting on a comfortable toilet in your own privacy. Imagine you were squatting down, looking onto a field, exposed and in the open. Hoping you don’t catch a disease that could end your life, or that someone had followed you. Now that is something to jump from the rooftops about.