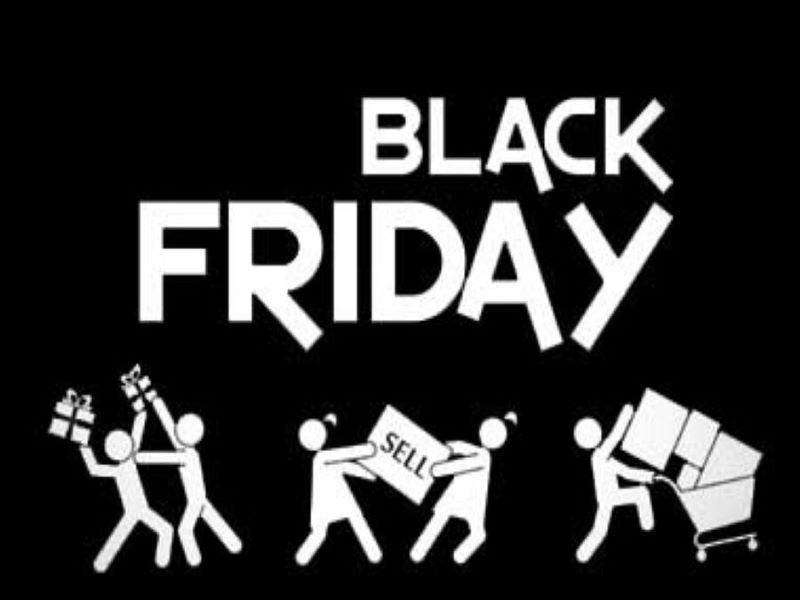 British people are expected to spend £5,6 billion on Black Friday and Cyber Monday sales this year. That works out at £843 ($1080) per person. Black Friday is a day of excess, waste and decadence. Where people come to blows over a new T.V.

Fast fashion symbolises our throw-away society. Retailers entice people to buy clothes they’re likely to wear no more than once or twice. While this is good for retailers profits, it’s a waste of resources and contributes to the climate crisis.

Why do people keep on buying stuff? Research suggests we like new things, that’s why shopping is often referred to as ‘retail therapy’.

Buying new things may well give you a short term fix of happiness, but this fix is short-lived and cyclical. You’ll soon get tired of the item you’ve purchased, and want to buy more stuff to get a boost of happiness.

Mindless consumption will never lead to long term fulfilment or happiness. But consumption has become embedded in our culture. We’re manipulated to believe buying new things is synonymous with success.

As the saying goes “we buy things we don’t need with money we don’t have to impress people we don’t like.”

So do we really like buying new things? Or does this feed into a narrative directing our behaviour towards consuming? When you consider the average American was bombarded by 5000 adverts a day in 2007, it’s more likely the latter is the case.

Capitalism is geared towards growth, consumption fuels this dynamic. That’s why marketers and advertisers are paid so handsomely. Their powers of manipulation are essential in fueling societies desire for more stuff.

But where does this all end? Well, it doesn’t. The idea is we continue to consume throughout our lifetimes, because the beauty of growth when it doesn’t recognise limits, is it can go on forever.

Consumption may well fuel the economy, but it has resulted in negative environmental impacts. Namely, the climate crisis, biodiversity loss and habitat destruction — to name but a few.

What’s clear is our current path can’t be maintained. While efforts are being made to deal with the climate crisis, ask yourself, how can a system causing a problem, be the same system that comes up with the solution?

The issue, is capitalism can’t solve the crisis, because its the cause of the crisis.

To think of this another way, imagine trying to train a pig to fly. No matter how hard you try its a physical impossibility for the pig to do so. In the same way, it’s impossible to encourage capitalists to reduce consumption. It’s a part of the systems DNA and makes up its identity.

For the pig to fly, it would need to become a bird. But then it would no longer be a pig. That’s the point. The system can’t be maintained as it is if we have any hope of dealing with the climate crisis.

Like a pig that must transform into a bird to fly. Capitalism must transform to be in harmony with nature to deal with the climate crisis. And with that transformation, Black Friday, a day of excess, waste and decadence will belong to the scrapheap of history.