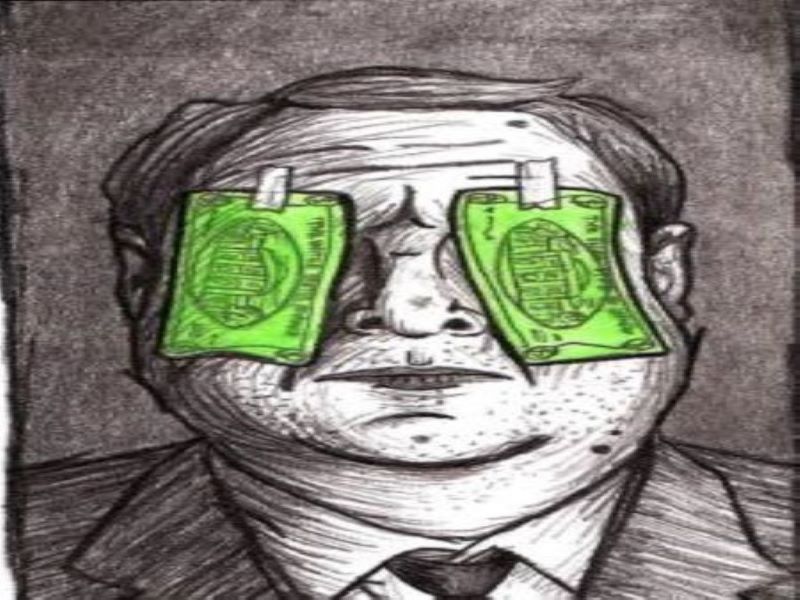 Everyone’s heard the story of David and Goliath. This simple yet powerful metaphor teaches us not to underestimate the underdog. Goliath was a giant, a warrior whose name sent shudders amongst the bravest of soldiers. Yet David killed Goliath with a stone shot from a slingshot, without breaking a sweat.

In his book, David and Goliath, Malcolm Gladwell has an interesting interpretation of the story. Rather than an invincible soldier, Goliath had a fundamental flaw, he was blind.

With the stakes as high as they were would the Philistines put their destiny in the hands of a blind man? And would Goliath, knowing he can’t see the world around him, have such confidence in his abilities? After all, that’s one fundamental weakness.

Goliath’s weakness wasn’t physical blindness, Goliath is blind to the idea he could have a weakness. He’s arrogant, fearless, invulnerable. It’s Goliaths feeling of invincibility that makes him vulnerable.

The collapse of the Soviet Union signalled an end to any rival to capitalism’s global dominance as an ideology. Capitalism now reigns supreme. And boy does it act with a swagger and confidence of someone who knows it.

Perpetual growth is a key belief keeping the wheels of the capitalist system turning. Clearly, infinite growth on a finite planet is impossible. The infeasibility of our current path was first questioned by the groundbreaking Limits to Growth in 1972.

The study predicted the collapse of capitalism — and with it civilisation — in the twenty-first century. A catalogue of studies supporting this theory have since followed.

You don’t need studies to show you our current path isn’t sustainable. The climate crisis, biodiversity loss, and habitat destruction are all effects of growth.

Even with these effects playing out in front of our eyes, capitalism chooses to ignore the alarm bells.

It’s become so detached from the world around it, as to be blind to its fundamental weakness. Its dependent on the natural world to provide the flows of materials it requires to sustain growth.

To convince yourself you’re more powerful and important than the system you depend on takes some going.

That capitalism chooses to ignore this connection is astonishing. And yet the success of capitalism and the huge wealth it’s generated has given it a sense of invulnerability. Like Goliath, it considers itself invincible.

David as the environment

If capitalism is Goliath, David is the environment. Or rather there is a string of David’s, and capitalism is faced with a host of slingshots. This isn’t one threat the system is facing. It’s a barrage.

The reality is David is the food Goliath eats, the water Goliath drinks, the resources Goliath consumes. Goliath is entirely dependent on David to survive. And yet Goliath is so blinded by its arrogance and invulnerability it dismisses this dependency.

Like a child dependent on its parents, growth and capitalism are intertwined. One cannot be without the other.

Steering away from our current path requires a global transformation of society and the economy. This is a monumental challenge, the greatest challenge humanity has ever faced. So it would be foolish to believe things can change overnight.

The longer we maintain our current path the harder it will be to create a society and economy working in harmony with the natural world.

Capitalism would do well to remember, it wasn’t a stone that killed Goliath, it was his arrogance. If capitalism can open its eyes, it can look to prepare for and avoid the stones hurtling towards it. If it can’t, one of those stones is bound to hit it between the eyes, and we’ll all suffer as a result.

Why Do Good People Do Bad Things?

Our willingness to obey authority can lead to horrific social consequences.