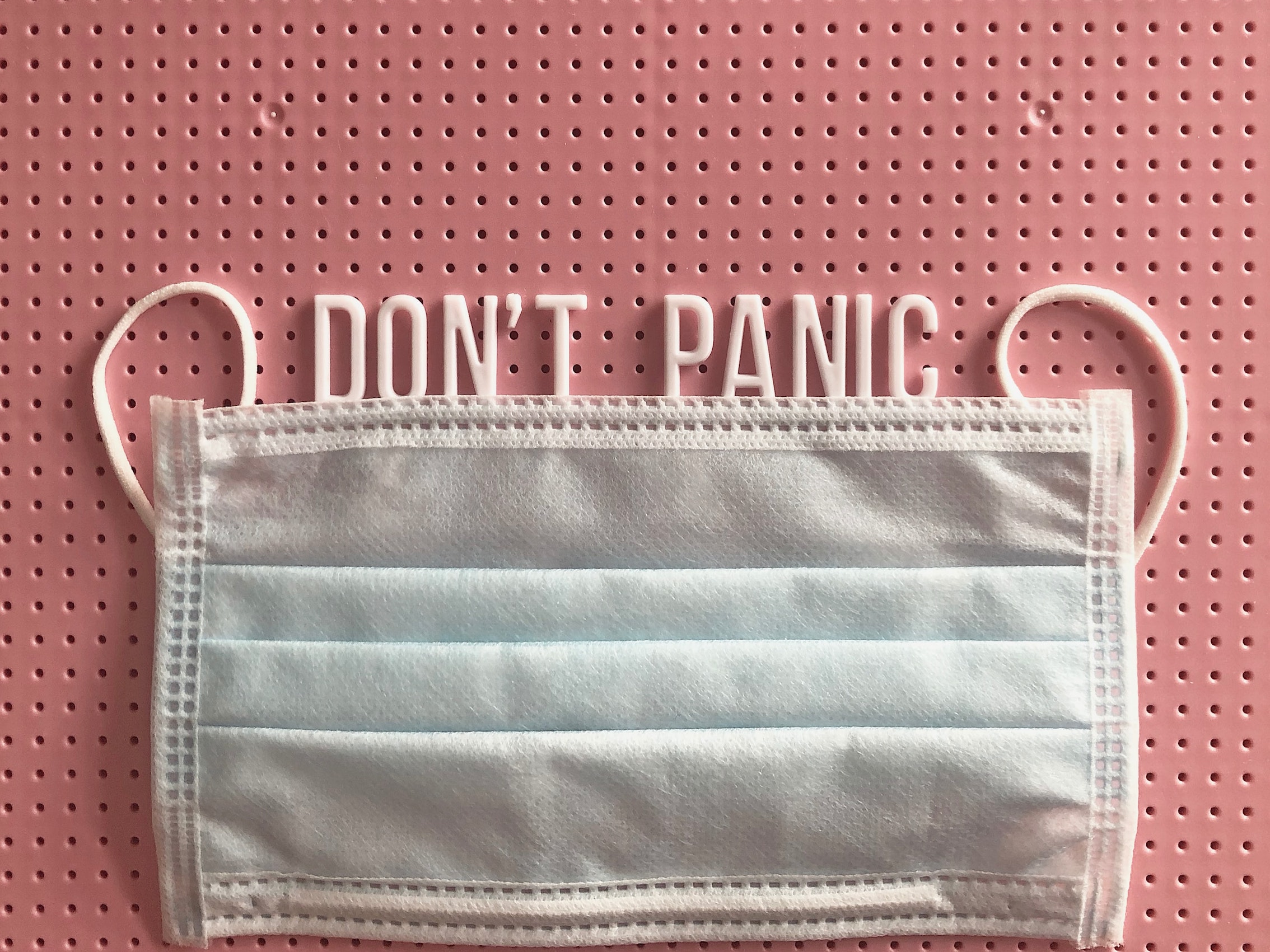 The Coronavirus outbreak has transformed our reality. The scale of the crisis is unparalleled with 210 countries confirming cases. It has ripped the political and economic scrapbook apart. Forcing governments into unchartered waters to deal with the pandemic.

The ramifications of Covid-19 has raised question marks about how we do things. Here are ten powerful lessons from the pandemic.

1. There are lots of bullshit jobs

Never has the Anthropologist David Graeber’s essay on The Phenomenon of Bullshit Jobs felt so apt.

Many jobs have become surplus to requirements during the pandemic. An advertiser is a case in point. Advertisers are paid huge amounts to entice people to buy stuff they don’t necessarily need. Playing an important role in a consumer-centric economy. But outside of this function, they serve no social purpose.

Essential services such as healthcare, the police and garbage removal must continue during a pandemic. Without these services, society would break down. Nurses and doctors, people putting their own lives at risk to save the lives of others are quite rightly the heroes of the hour.

2. A ‘dog eat dog’ mentality is a social ill

The Coronavirus has forced the Republicans in the U.S. and the Conservatives in the U.K to reevaluate traditional policies to deal with the pandemic.

These political parties extol the power of the individual. Encouraging a ‘dog eat dog’ mentality where everyone’s in competition with one another, and only the most ruthless succeed.

This ‘dog eat dog’ mentality was expressed in people panic buying at the beginning of the crisis. Toilet paper momentarily became worth its weight in gold.

Since then it’s been comforting to see the solidarity between people. We’re naturally social animals, and not individualistic in nature. We can’t survive by ourselves, and this natural desire to cooperate means we’ve been able to deal with the crisis in a civilised way.

The outbreak has reinforced how much we depend on one another for our wellbeing. Bringing to light question marks on policies encouraging a ‘dog eat dog’ mentality. ‘Dog eat dog’ is the antithesis of creating a homogenous society where each person looks out for one another.

3. A balance between the private and national sectors is needed

The biggest surprise about the outbreak is how far left the Conservatives and Republicans have lurched to deal with the crisis. It was only a few months ago the issue of the privatisation of the National Health Service (NHS) loomed large in the UK.

Since the outbreak Boris Johnson has nationalised the railways. Donald Trump has evoked a Korean War-era Law essentially placing the government in control of what private businesses produce. Both unthinkable a few months ago.

The outbreak has shown privatising all industry isn’t necessarily in the best interest of society. Good news for the NHS as it seems likely the Conservatives intention to privatise the health service has now become politically unviable.

4. The free market unravels in moments of crisis

The Republicans and Conservatives are known for championing the merits of a free market, but Covid-19 has forced them to reassess this belief.

To avoid economic collapse the Republicans agreed a $2 trillion stimulus package. The UK introduced a £350 billion aid package. Government intervention may well contradict their belief in the power of free un-controlled markets but they had to intervene. Non-intervention would have led to debilitating consequences for society.

The outbreak has shown the free market can only work of its own accord in stable conditions. Conditions other than business-as-usual destabilise the market to the point where government support is necessary. The beliefs justifying deregulation and non-intervention in the market are flawed. The time has come to reassess the virtues of a free market.

5. Solving social problems is about political will, not affordability

“It’s a fascinating progressive moment because what it’s shown is…these issues have never been about ‘how are you going to pay for it?’

What has been revealed is…these issues were really about a lack of political will and who you deemed worthy to be in an emergency or not.”

The outbreak has shown there are lots of solvable problems, all we need is the political will to solve them.

6. We’re bad at dealing with problems before they become problems

Last year the World Economic Forum wrote a report suggesting how vulnerable and ill-prepared the world was for a pandemic.

Our lack of preparation when a pandemic did arrive comes down to how we deal with problems.

When dealing with an immediate threat, our ‘fight or flight’ response mechanism kicks in. This human survival mechanism allows for quick responses to life-threatening situations.

Our response mechanisms mean we’re good at reacting to immediate threats but bad at preparing and preventing them from happening in the first place.

The outbreak has shown the importance of preparing for problems proactively. Rather than waiting to react to problems, leading to an uncoordinated response.

7. Our economy is terrible for the environment

With so many countries in lockdown, society has shut down. Resulting in a reduction in carbon emissions, and an improvement in air quality. China’s emissions fell by an estimated 25% in a four week period.

But this is nothing to celebrate. Lockdown will only last as long as the threat does. As soon as society can go back to normal we’ll see a return to poor air quality and increasing carbon emissions.

The outbreak highlights the unhealthy relationship between our economy and the environment. Environmental destruction is a direct outcome of economic output. This short term respite will be negligible in the long term.

The outbreak shows the urgency required to transform towards a low carbon economy working in harmony with the environment.

8. We’ve been pacified by the age of technology

Adjusting to this new reality is difficult, but let’s put it into perspective. We’ve been asked to stay at home, not fend the country from foreign invaders. It could be a lot worse.

Every household is awash with technological gadgets designed to entertain. You would think a lockdown would be a breeze. And yet, it seems these devices aren’t enough to keep people mentally stimulated. Some people are still disregarding advice to stay indoors.

The outbreak has shown us this generation has been pacified by technology and isn’t prepared for any kind of hardship. All the more reason to transform our economy away from our current path before we’re overwhelmed by an ecological crisis.

9. For the rich to stay rich, the poor need to work

Oxfam has highlighted how the richest 1% have more than twice as much wealth as the poorest 6.9 billion people. At the heart of this inequality, the richest 1% depends on the majority to create their wealth. They don’t do it by themselves and yet in society these individuals are lauded upon as beacons of the capitalist endeavour.

Every year Forbes ranks the wealthiest people in a list as if the accumulation of wealth were something we should all aspire to. From another perspective, this list is a deranged celebration of inequality.

The outbreak has shown us we all depend on one another for society to function. Wealth inequality means some people can’t meet their needs while others lead unimaginably lavish lifestyles. This crisis like no other has highlighted the need for solidarity between people. We’re stronger together. Not with a wealthy elite enjoying the fruits of everyone else’s labour.

10. Its people, not the economy that matters most

Each one of these lessons has a relationship with the most valuable lesson of all. The lifeblood of civilisation is the wellbeing of people. Its people who are essential to the flow of money. It’s people keeping the wheels of capitalism turning. Its people generating the wealth allowing a minority to live in extravagance.

At the beginning of the outbreak, governments were fearful of introducing a lockdown. Knowing it would debilitate the economy they left it as late as possible to react.

The structure of our system revolves around the health of the economy, not the people the economy depends on for its wellbeing.

We need to recalibrate our economy so it focuses on maximising value for everyone in society, not a small minority.

The most valuable lesson the outbreak has taught us is society is stronger united as one. We need to develop a society and economy reflecting this beautiful life-affirming fact.

New ideas have the power to change the world

Has the Term African American Helped Fight Racism in America?

The intent was to provide cultural integrity, but did the popularisation of the term African American work to reinforce differences?