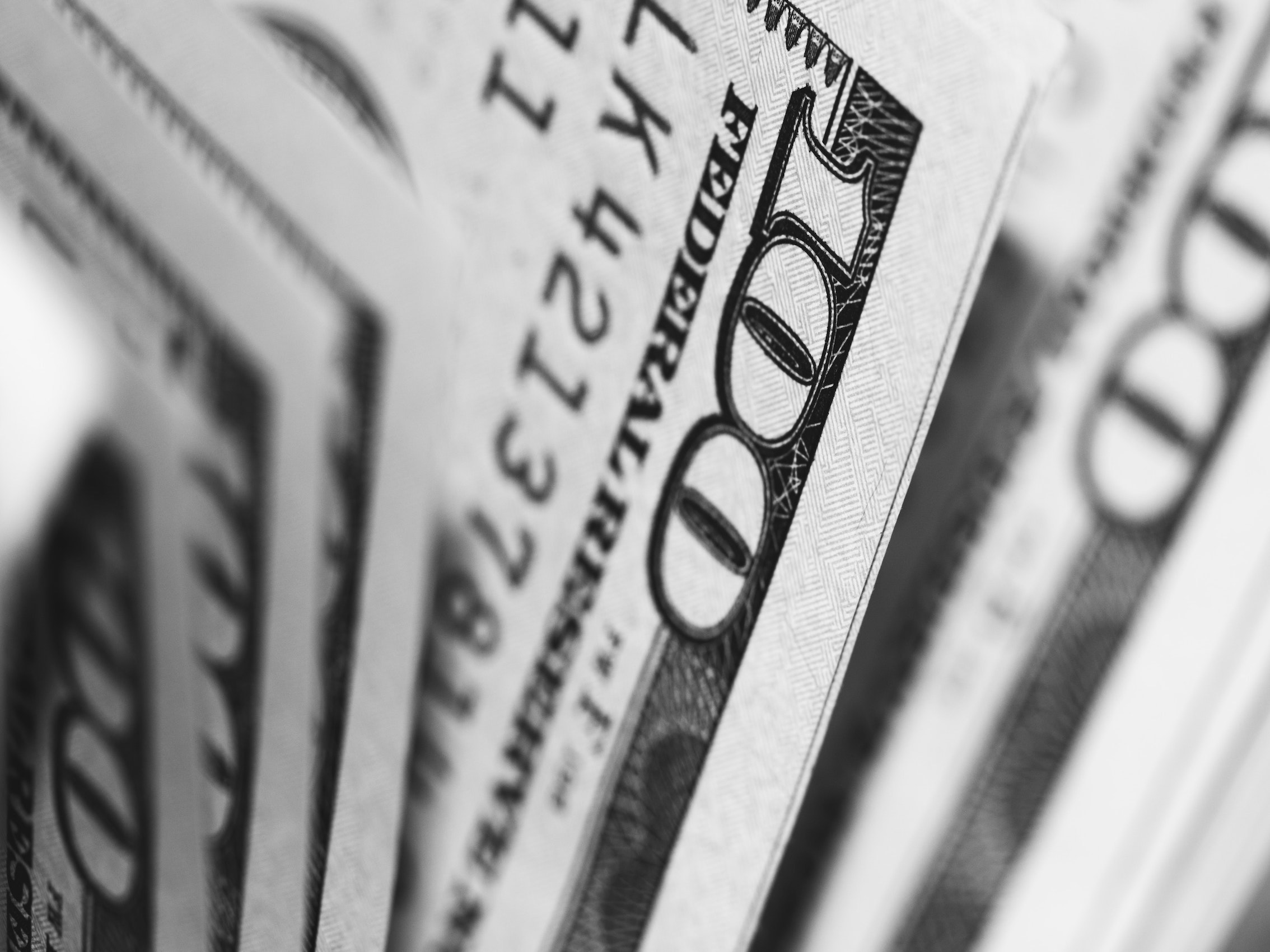 Henry Ford once said, “it is well enough that people of the nation do not understand our banking and monetary system, for if they did, I believe there would be a revolution before tomorrow morning.” What was it about banks and money Ford believed would enrage people to the point they would be up in arms? To find out we need to understand how money is made, and the implications of this process.

The traditional image of money creation is of sheets of money being printed by national banks. But, this only tells part of the story. In reality, only 11% of all money circulating in the US is made up of hard cash. So where does the rest come from?

Commercial banks create most of the money circulating in advanced economies. They do so by quite literally creating it out of thin air.

To use an example, let’s imagine you want to buy a house. Most people don’t have enough money to buy a house outright, they need a loan in the form of a mortgage. When a bank agrees to loan you money for the house, it enters the amount of the loan on the asset side of its balance sheet. It then enters the same amount as a deposit on the liability side of its balance sheet. And voila! You’re now able to spend the money on the physical property you want to buy.

Banks create money by making loans, in the form of interest-bearing debt.

The implications of how money is made by commercial banks are massive. Banks control the flow of money, making them incredibly powerful in the structure of society.

Commercial banks sit at the base of our economic and social structure. The initial process of money creation influences everything. In contemporary society, all roads lead to commercial banks.

The decisions banks make in who they lend money to, and who they don’t, has huge ramifications.

If you want to get money to do anything you need to go to the bank, even governments need to follow this process. Want to build a hospital? Construct a bridge? Develop a town? Build a skyscraper? Well, to do so, you’ll need to gain investment from a commercial bank.

This pits government programmes aimed at creating social value, against financial speculators. Ideas seeking to limit our environmental impact against oil companies looking to raise funds to prospect. The value of the investment to society is negligible. What is, is the confidence the bank has you’ll be able to pay back the loan at interest.

Bankers are responsible for making crucial decisions impacting society and beyond. And yet, banks aren’t held accountable to or by society. They function outside of the democratic process.

The bottom line is banks are private companies working in the bank’s interests, not the national interest. They don’t gain their legitimacy or authority by you or I, so why would they need to justify their decisions to us? Banks don’t care about society, they care about making a return on their investment.

Banks want to guarantee a return on their liability. This makes it harder for new industry’s or government programmes that are seeking, say, to transition to a green economy, to gain investment. The unknown is risky in the eyes of the bank, meaning money tends to flow to where it’s flowed before. This maintains the status quo.

The climate crisis is the largest threat to have ever faced humanity, by far. You would assume there would be some urgency in trying to find solutions to the problem we face. But, very little is being done about the crisis due, in part, to the flow of money.

Money continues to flow to industry’s that have a negative environmental impact because they guarantee high returns. Again, it’s important to remember the function of a bank is to get a high return on investment. The impacts of their decisions on the environment or society aren’t the concern of the bank.

A transformation towards a low carbon economy is dependent on money flowing to new sectors looking to bring this vision to reality. While returns remain high in unscrupulous industries, banks will continue to invest in them.

At present, there are no incentives to change this dynamic. Which is one of the most challenging hurdles we face in transforming away from an economy dependent on fossil fuels.

That’s not even the worst of it. In the Ecology of Money, Richard Douthwaite suggests the “fundamental problem with the debt method of creating money is that, because interest has to be paid on almost all of it, the economy must grow continuously if it is not to collapse.”

Money creation results in a growth imperative. Companies must turn a profit to enable them to pay back interest on loans. That’s why it’s disastrous when the economy stops growing. Without growth, it’s not possible to repay debts.

Money as a form of debt is the reason we live in a consumer-centric society. It’s the reason we’re bombarded by 5000 adverts a day. Consumption is the fuel allowing the growth machine to continue to grow.

If people stopped buying stuff, the fuel would run dry. Companies wouldn’t be able to pay back their liabilities, leading to interest on debts increasing. This creates a debt cycle, where the more interest that accrues on a loan, the harder and harder it becomes to repay the debt. Eventually, the debt cycle results in an individual, company, or even in the case of Greece, a country, going bust.

This is the scenario playing out before our eyes due to the Coronavirus outbreak. Lockdown has shut down sections of society, so people can’t spend money in conventional ways.

Some sectors, like hospitality, have shut down completely. With no revenue, company’s in hospitality will find themselves unable to pay back loans. Interest on these loans will soon become overwhelming, which will result in countless numbers of businesses going bust.

The fear is that we’re hurtling towards a depression, unlike anything we’ve experienced in our lifetimes.

An even bigger issue with the growth imperative is we’re reliant on the natural world to produce the goods needed to keep growth going. The publication of The Limits to Growth in 1972 was the first time the possibility of continuous growth on a finite planet was questioned.

The book predicted that as we come up against resource limits the pressure to keep on growing will lead to a collapse of civilisation sometime in the twenty-first century. In short, growth on a finite planet is impossible.

It seems fairly arbitrary, and yet, growth is a part of the economic dogma. A growing economy is a healthy economy, in fact, if the economy is doing anything other then growing, we consider it to be an economic disaster.

The Limits to Growth was met with vehement criticism because it went against common convention and one of the fundamental tenets of our understanding of how an economy works.

While many economists disputed their findings, forty years on the report is proving to be accurate. Our reliance on more means we’re starting to come up against limits.

And herein lies the ultimate dilemma.

The dilemma we find ourselves in means we’re hurtling towards a trap of our own making. The conclusion staring us in the face is we can’t maintain growth on a finite planet. We need a new way of doing things. To do that we need to change our relationship with money and how and who creates it.

What’s needed is a money system that doesn’t create debt through interest-bearing loans.

The Chicago Plan could be an idea whose time has come. The plan put forward by the US economist Irving Fischer in the 1930s calls for 100% backing of bank deposits by government-issued currency. The plan would return control of the money supply to the government.

A monetary system controlled by the government could be a game-changer. Rather than focus on returns on investment, the government could direct finance to social and environmental causes. And, programmes and businesses seeking to solve the greatest challenges facing humanity.

A debt-based system only incentivises us to produce more, want more, have more. It’s a system whose cycle will only end in disaster and ultimately enriches a minority at the expense of society.

The government answers to and is judged by the people they govern. It’s the people who give government legitimacy and authority. Governments taking back control of the money system would give control back to the people.

A debt-based money system has a toxic influence on society. But, creating a solution to the problem is easier said than done.

Charging of interest on debt is a foundation of capitalism, and banks control the debt. If they control how money is created, they essentially control the levers of power. It seems unrealistic to assume banks would simply give up the enormous influence the current structure gives them.

Henry Ford did have a point when he said we would be up in arms if we all knew the truth about how banks and money operate. Because things could be so different if we reclaimed the money supply.

Money is the best, and worst of ideas. It has the potential to be a facilitator of the social good, but it all comes down to how we value money, and who controls the supply.

Are Cryptocurrencies Taking us One Step Closer to a Neoliberal Dreamland?

Decentralised currencies are being celebrated as a game-changer, but placing so much faith in the market is dangerous