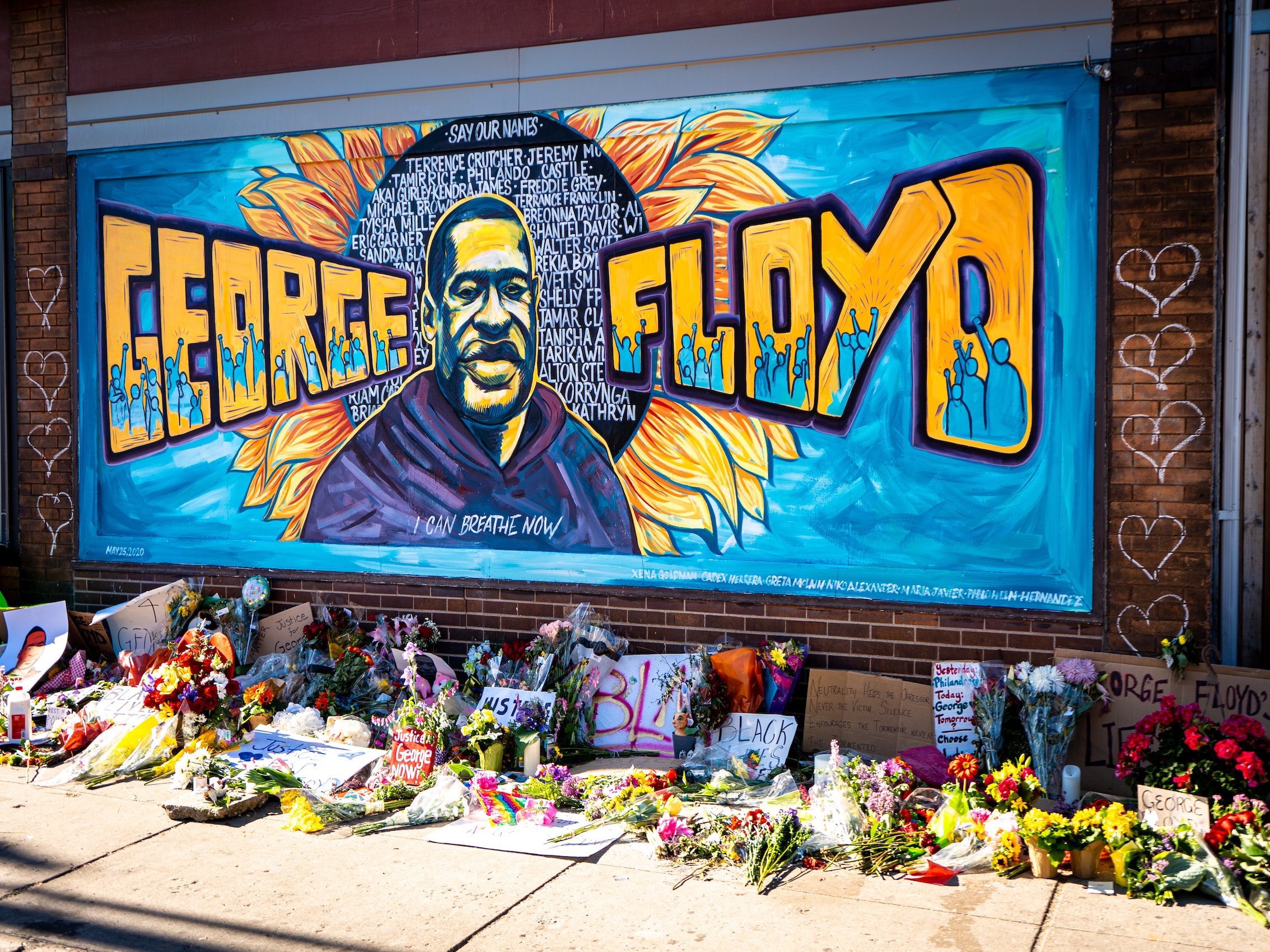 George Floyd’s murder wasn’t the first, but could it be the last? Eric Garner. Tamir Rice. Botham Jean. Walter Scott. The list of black people dying at the hands of the police is tragically long. Each death led to an outpouring of frustration, anger and angst at the injustice of a systemically racist system. But this time, it’s different.

Lockdown resulting from Covid-19 has increased social tensions that were nearing a breaking point.

When the video of George Floyd’s murder at the hands of the police went viral, those tensions bubbled over. The pent up frustration of a generation has burst open like a tidal wave. For many, enough is enough.

What marks these protests out from previous protests is America is a system on the brink of social breakdown.

The lockdown has revealed intrinsic social and economic weaknesses. Unemployment has skyrocketed, but an unemployment rate of 15% of the workforce only tells part of the story.

Statistics on the socio-economic differences between white Americans and black Americans reveal racial inequality is a fact of life. Perhaps the most startling statistic is that for every 10 cents of wealth held by a black household, a white household has $1.

Disparities in family wealth, incarceration rates, political representation, and education didn’t happen by accident. Racial inequality exists because the system is designed to make it exist.

The land of opportunity

The fact the black community has suffered the worst impacts of the pandemic is consistent with racial inequality. This inequality is in contrast to how America markets itself as the ‘land of opportunity’. A capitalist, entrepreneurial haven where anyone can make a success of themselves, and live the high life.

The reality is more akin to an Orwellian nightmare.

Orwell’s depiction of dystopia in Animal Farm rings true in a system where your chances of success are dictated by the colour of your skin.

Destruction of the Social Fabric

America has become a corporatocracy, where decisions centre around corporate interests. Embedded in this structure are the greed and self-interest of a minority.

The foundation of government is to provide for the needs of the society it governs. But the American corporatocracy has severed this relationship.

Protection of its citizens is a core aspect of a governments responsibilities. Yet, in America, the sixth biggest killer of young black men is the police. It seems the function of the police isn’t to protect citizens but to protect the status quo and interests of the elite. This is an institution to be feared, not respected.

The American government has broken its side of the social contract. It has reneged on its responsibilities to the people who give it authority and legitimacy. In this environment, trust, the bedrock of any society has eroded.

Socially, America is festering in toxicity because the government has no interest in a flourishing society.

Recently, one of Trump’s economic advisors referred to the American people as ‘human capital stock’. People and society aren’t of value in and of themselves. Their function is to benefit corporations.

This reference shows just how detached the government has become from reality. The governments disconnect and their seeming disdain for the consequences of leaving society to rot is a key factor in the disintegration of American society.

A lack of representation

No group suffers more from this disconnect than the black community. Who is there to represent there needs or demands? Black people are at the bottom of the social hierarchy. If the government refers to people as ‘human capital stock’, how might they consider the black community? Not well, you can imagine.

A lack of representation only emboldens protesters further. But where will it end? Quite frankly, if the protests stop, things will go back to how they were before.

The protesters are fuelled by the knowledge they have nowhere else to turn. And with so many people now out of work, this helps to sustain the protests and provides further motivation. What else do people have to lose?

The conditions are set up for protests to escalate but what makes this situation unique, and is the reason why America is in the midst of a perfect storm is due to one man. Donald Trump.

A despot in the making

If any president preceding Trump was in power an escalation of tensions into social breakdown would be unlikely. The president might express solidarity with protestors proclaiming racial inequality must end, or make a political concession. In short, the president would be diplomatic to ease social tension and create unity.

In Donald Trump, America has a president who doesn’t do diplomacy.

By tweeting ‘when the looting starts, the shooting starts’ Trump knew exactly what he was doing. In glorifying violence, his tweet intended to incite people, because instability is exactly what Trump wants.

The president wants protests to get worse. Jim Mattis, Trumps former Defense secretary said, “he’s the first president in my lifetime who does not try to unite the American people — does not even pretend to try. Instead, he tries to divide us.”

Donald Trump has often ‘joked’ about being president for life. These jokes reveal the inner workings of his mind. When he jokes, he’s being deadly serious. Trump hates the idea of having to give up power.

A state of chaos will provide uncertainty and an opportunity to take hold of the reigns of power.

He seems to flout the US constitution daily. His contempt for, and desire to control the free press sets a dangerous precedent. He is a man devoid of any kind of moral compass and represents a danger to the American constitution.

Could it end in a civil war?

Protestors breaking curfew is a sign things could escalate. The streets of New York resemble a war zone. Anarchy looms. It’s not hard to imagine in this situation Trump will deploy the army.

With the army deployed America will resemble a police state. It’s difficult to see a presidential election occurring in that environment. A delay would be music to the ears of Trump.

With violence worsening, Trump may try to increase his powers and make an attempt to take a stranglehold on power. Disguising it as an effort to restore law and order.

If anyone else was president, this scenario would seem ridiculous. With Trump, its dangerous not to imagine him attempting to flout the constitution and rule by martial law. If this did happen America would descend into chaos that could culminate in a civil war.

As the last election shows the majority of Americans are anti-Trump. This fact, combined with his rejection of the constitution would have people up in arms.

The conflict in the making already has distinct sides.

On the other side, is the Donald Trump supporter. The Trump supporter represents the person who believes everything is just fine and dandy. The person whose blinded by the reality in front of their eyes. The person who feeds of hate and division. Who doesn’t believe in the inequality of opportunity, and celebrates the individual over the needs of society.

You can be sure Trump will have the support of corporations, who will favour maintaining the status quo for their own selfish interests.

If you think a civil war is inconceivable consider at the beginning of 1914 the idea of a world war was unthinkable. But, the conditions were ripe for war, the pieces had already been set. All it required was a spark.

That spark was Franz Ferdinand’s assassination. In hindsight one mans death made the outbreak of war inevitable. Four years later, 20 million people lay dead, and the world changed forever. Small events can, do, and have had giant consequences.

George Floyd’s death may be a Franz Ferdinand moment.

It’s not hard to imagine how things could escalate into all-out war if the domino pieces fall the right way. With Donald Trump in power, anything could happen.

The group that comes out on top will dictate the answer to the question, will George Floyd’s murder be the last? If Black Lives Matter prevails, it might be, if Trump does, it won’t be.