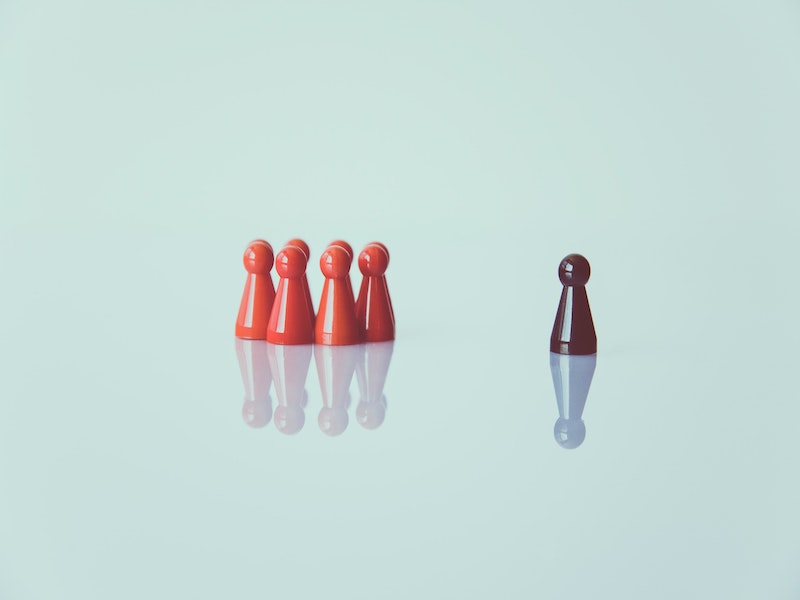 Labels have a powerful influence on how we see ourselves and how we’re viewed in society. So when a group of black leaders, including Reverend Jesse Jackson, announced in December 1988 that members of their race wanted to be called African Americans, it felt like a symbolic moment. Since then, the term African American has grown in popularity and is the label of choice when describing black Americans. But, has this relabelling had a positive influence on the campaign to end systematic racism in America?

These were the words of Jesse Jackson when asked why black leaders wanted black Americans to be called African Americans.

Whether it be through music, food, art, film, language, or sports, African Americans have played an instrumental role in shaping American culture. Let’s take music as an example.

The impact of Blues on American music and culture has been seismic. Blues music has its foundations in the slave trade, where slaves would sing songs while working on plantations. Blues is the forefather of Rock and Roll. One couldn’t be without the other. So Rock and Roll, a genre of music that hasn’t just influenced American culture, but has influenced the world was built on the plantations of the South. Seismic indeed.

When Jesse Jackson announced black people wanted to be called African American, it was to recognise and celebrate the significance black Americans have had on American culture, and as he said to provide cultural integrity.

The celebration of black culture and black contributions to America is positive. But in the label, African American, it reinforces a point of difference based on race.

In 2004 at an NAACP ceremony, the since disgraced Bill Cosby declared in his now famous ‘Pound Cake’ speech, “we are not Africans. Those people are not Africans; they don’t know a damned thing about Africa”.

The speech ignited a debate about the influence and impact the label African American has had on the black community.

In terms of values and culture, black Americans are American. They have more in common with many white Americans than they do with people living in Africa. But by using the label African American it works to cement a point of difference which is played on by others.

We continue to open our arms and invite all our brothers and sisters home. Ghana is your home. Africa is your home…you do not have to stay where you are not wanted forever, you have a choice and Africa is waiting for you.

The danger with statements like this is black Americans have just as much right to stay and flourish in America as anyone else. The idea people will run away from a problem would set a dangerous precedent. Why should black Americans go anywhere? America is as much their country as it is anyone else’s. To run away from systematic racism would be to succumb to it. What sort of message would that send to people?

The travesty of racial tension is immigration is a core foundation of America. America is an amalgamation of different cultures that have come together to create a society. This diversity should be celebrated, and yet it has created fierce division.

America is a system of systematic racism where the colour of your skin dictates your chances of success.

A shocking statistic I recently read is;

Studies in the USA often report…a 28-year difference in life expectancy at age 16 between blacks and whites living in some of the poorest and some of the richest areas.

If that doesn’t signify a massive problem of racial inequality, I’m not sure what does.

Racial inequality ostracises black people and places them on the margins of society. While America is happy to embrace the rich cultural influences black people provide, it’s not happy to give black people equal opportunity, equal rights, equal political representation. You can’t take, and not expect to give back.

This system of systematic racism led to black leaders wanting to celebrate black culture through the term African Americans. And the relabelling of black Americans to African American kickstarted a trend.

It says everything that even native Americans aren’t called Americans. They’re the ‘natives’.

America is a country going through an identity crisis. It doesn’t quite know what it is, who it is, or where it’s going. The issue is different sections of society want the country to be very different things.

The division between these groups is only getting worse with time. As tension builds it could explode into violence. There’s growing acknowledgement America is on the cusp of civil war, in part, due to this fundamental crisis of identity and conflict of interest between these two groups.

Black Lives Matter is a symbol of the group who want to get rid of systematic racism. Imagine the movement called itself African American Lives Matter? It doesn’t quite have the same ring to it. The name gives the movement power.

BLM is saying things as they are, rather than using veiled terms to hide the truth in front of people eyes. And, they’re gaining incredible support and momentum for having the courage to do so.

This feature of BLM is creating fear in the hearts of those who like things as they are. The movement is a threat to the status quo. It’s this tension between what is, and what could be, that could lead to violence.

The term African American reinforces the underlying racial issue in American society and drags the past into the future.

Yes, we must remember history. Our history provides an understanding of who we are, why we are, where we are. But it doesn’t define the future. I’m not black. I can’t begin to appreciate the suffering, humiliation and repressive nature of a system that’s out to make life as hard as possible. But I am a person who supports tolerance, compassion and freedom of opportunity for all.

The more people that stand up for the movement, the more pressure it will place on the status quo. Eventually, the pressure will become overwhelming and crush a system of intolerance. That day is within your grasp, you have the power to make it happen. So go and make it happen.