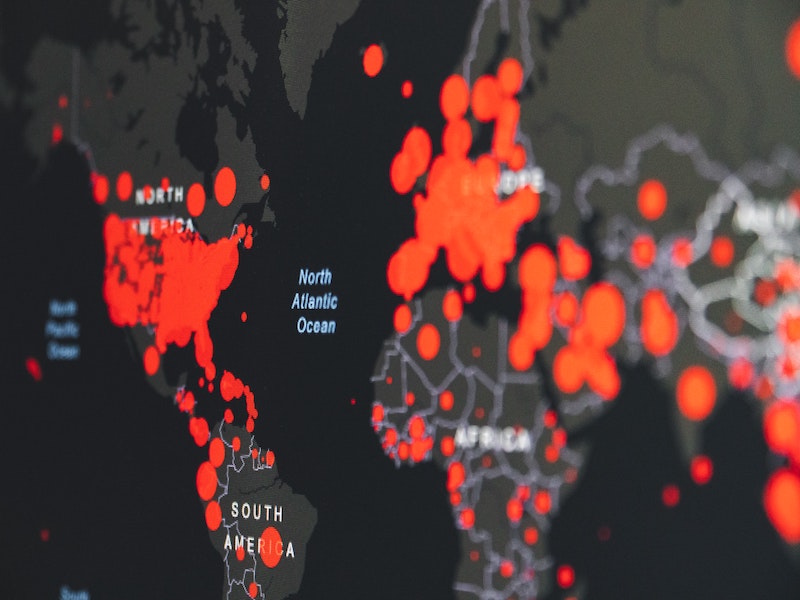 If someone had asked you which country’s would suffer the highest death rate from Covid-19 at the beginning of the pandemic, you probably wouldn’t have said the US, UK or Brazil. After all, the US is the world’s richest country, and spends a colossal $3.5 trillion on healthcare each year (by far the most of any country). The UK is also one of the wealthiest nations in the world. It’s National Health Service is often referred to as the ‘jewel in the crown’ of the UK’s welfare system. Brazil has the ninth-largest economy in the world, and as a member of BRICS is an emerging economic force.

And yet, the US and Brazil rank first and second for both confirmed cases, and deaths. While the UK ranks third for deaths. On paper, this shouldn’t be happening.

What’s striking about these countries is the similarities between their respective leaders. Donald Trump, Jair Bolsonaro and Boris Johnson are cut from the same cloth. Their incompetence in the face of a crisis has only made a difficult situation worse. In hindsight, it’s no surprise they’ve managed Covid-19 so badly. These men care little for people or society. Their priority has always been to protect the health of the economy.

Trump, Bolsonaro, Johson. A tripartite of incompetence that’s fuelled the crisis. Their decision making, dominated by masochism, egotism and damn right petulance would be comical if it weren’t leading to people’s deaths.

From the beginning, Donald Trump played down the threat posed by Covid-19, showing resistance to the idea of lockdown. He has stood firm in his refusal to wear a mask. Recently mocking his presidential rival, Joe Biden, for wearing one. In doing so, he’s mocking the advice of his own government.

Trump’s inability to grasp the gravity and seriousness of the situation and the importance of his role in it, is reflected in some outrageous, sometimes surreal, other times downright irresponsible comments.

In April he said, “and then I see the disinfectant, where it knocks it [Covid-19] out in a minute. One minute…because you see it gets in the lungs, and it does a tremendous number on the lungs.” It seems incomprehensible these words came from the person leading the most powerful country in the world. But uttered they were.

In a desperate attempt to deflect attention away from his incompetence, Trump has gone on a witch hunt to blame others.

First, Trump blamed China for starting the pandemic. Then he blamed the World Health Organisation (WHO) for not effectively managing the crisis. Trump has since suspended funding to the WHO. By doing so he’s hampering the ability of the very organisation whose remit is to help during a pandemic. Talk about cutting your nose off to spite your face.

Trump has gone as far as inciting those protesting against lockdown measures and calling for an opening of society so people can go back to work. Again, undermining the guidelines of his administration.

When asked how he rated the government’s response to Covid-19 out of ten, he said, “I would rate it a ten”. If this is a ten, it doesn’t bear thinking about what a one looks like.

In Jair Bolsonaro, Brazil has a president who’s trying his very best to outdo Trump in incompetent leadership.

“In my particular case, because of my background as an athlete, I wouldn’t need to worry if I was infected by the virus. I wouldn’t feel anything or at the very worst it would be like a little flu or a bit of a cold.”

These were the words spoken by the man-mountain himself. In a similar vein to Trump, Bolsonaro’s narcissism means he’s more focused on himself than the well being of the people and country he leads.

His irresponsibility in not taking the threat seriously seems to have no bounds. Bolsonaro has repeatedly scorned the threat the virus poses to Brazilians, boasting how Brazilians “never catch anything”. Unfortunately, the death rate in Brazil shows Brazilians do catch Covid-19.

Critics have branded his continual downplaying of the threat posed by the virus as negligent. In giving people a false sense of security Bolsonaro has exacerbated the problem. Making Brazil’s death count much worse than if he had treated the threat with the respect it deserved.

But then again, when his actions have been revealed as incompetent, he’s played his ‘get out of jail free’ card (like Trump) and blamed everyone else. This embarrassing lack of ownership for the problem is childish beyond belief. What Bolsonaro seems to forget is, his actions (and words) are there for all to see and hear. No one is buying the picture he’s trying to present.

Brazilians are so angry at how he’s dealt with the crisis, they’re willing to risk their health to protest at his incompetence. Quite something, even for these three.

Like his macho sidekicks, Boris Johnson has refused to wear a mask and didn’t take the threat posed by Covid-19 seriously. Leaving it painfully late to announce the inevitable lockdown. The consensus is this decision to delay the lockdown led to more deaths.

Johnson’s complacency has been met with global criticism, with critics ridiculing his lackadaisical approach. This approach put his own life at risk. Johnson (as well as Trump) has refused to stop shaking peoples hands. Which could have played a part in him catching Covid-19 himself. Again, not one for following guidelines set by the government he leads.

While the rest of the world (including the US and Brazil) placed restrictions on people entering their respective countries, the UK has kept its borders open. The whole time. With claims, those entering the country weren’t being tested. Probably not the wisest move during a global pandemic.

Throughout the lockdown, Johnson has been desperate to preserve the health of the economy. Forgot about people, it’s the economy that’s been top of the agenda. And, that just about sums up his approach to dealing with the crisis. The economy comes first, society, second.

It’s this hierarchy of priorities which underlies why the US, UK and Brazil have managed Covid-19 so badly.

What unites these three men and the governments they represent, is their adherence to neo-liberalism. It’s this political view, which centres on lower taxes, lower welfare and deregulation of business that lies at the heart of each man’s governments.

Neo-liberalism is a celebration of the individual and the self-interests of a minority. This economic dogma has done most in hampering the responses in each country.

It’s not that the countries don’t have the financial resources, expertise or wherewithal to put in place an effective response. It’s that they don’t care about doing so. Their focus is on preserving the sanctity of the economy.

This might be difficult to stomach, but consider one of Trump’s top economic advisors referred to people, as ‘human capital stock’. This reveals all about his administration’s attitude to the people they govern.

Under Trump’s administration, people have lost the privilege and respect of being called people. His government sees no value in society or the people they govern. Your function as capital stock is to perform a role in the economy, to work, and then consume stuff with the wages you earn. All helping to generate wealth for the elite. If you’re not playing your role, the flow of wealth stops. That just can’t be allowed to happen for too long.

The governments of the US, UK and Brazil, don’t care about you or me. What they care about is making rich people richer. It’s as simple as that.

That’s why all three men have been so keen for things to get back to normal. A few more thousand people dying is a small sacrifice to pay to get the taps of the economy back up and running.

It could be oh so different

It says much about the tripartite of incompetence that they all have similar views of the economy. Quite simply, if each respective leader had prioritised society and put the lives of people first things could be very different.

What’s the point of doing anything if we’re not striving to make society better? Is our function really just to keep the economy healthy? Or, is every individual deserving of a platform to live flourishing, fulfilling lives?

It says much that these men are in power in the first place. But, surely after this debacle citizens of their countries have woken up to the sham. That neoliberalism only serves the interests of a small elite. And the cheerleaders paying homage to neoliberalism don’t care about you.

If we want to create a better society, where the wellbeing of society is prioritised over the self-interests of a minority, it’s men like these, and the views they hold that have to be swept into the dustbin. In a vote, we, the people, have the power to do just that. So let’s spread the word in shedding light on just how cruel, callous, and unjust the neoliberal mantra is, and get Trump, Bolsonaro and Johnson voted out as soon as we possibly can. First up is Trump in November.