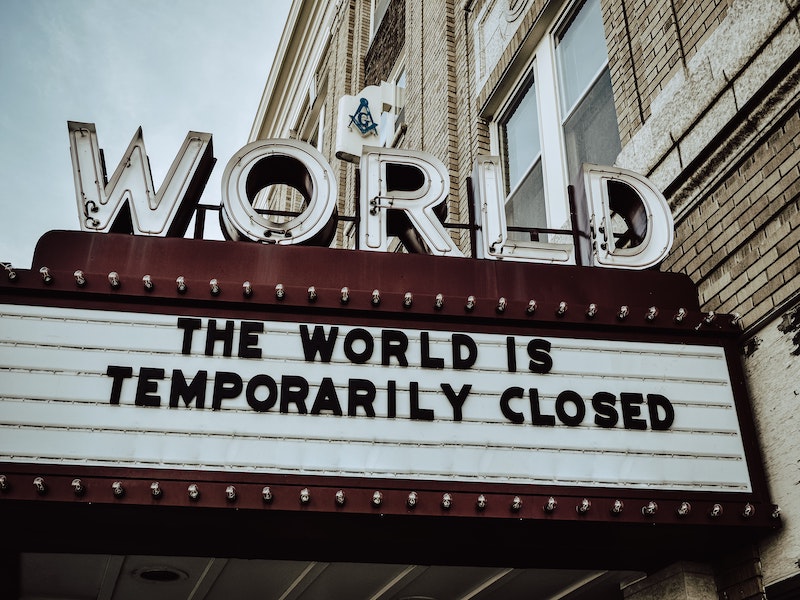 The Coronavirus outbreak has been a breeding ground for conspiracy theories. A recent YouGov poll found 49% of Americans believe the pandemic is man-made, while 13% believe it’s a hoax.

The idea a pandemic that has now infected over ten million people, and killed over half a million, isn’t happening, is out there. But many believe it’s an elaborate hoax created by a wealthy elite.

If that weren’t enough, the Coronavirus outbreak has inflamed the anti-vaccination movement. ‘Anti-vaxxers’ don’t believe vaccinations help ward off infectious diseases. The movement has become so influential it’s feared those refusing a vaccine to the Coronavirus could undermine efforts to end the pandemic.

So what’s going on? Why are there so many conspiracy theories claiming an evil elite, who wouldn’t be out of place as villains in a James Bond film, have made it all up?

The age of (mis)information

One explanation is the age of social media. Social media provides a powerful platform to communicate with anyone, anywhere, anytime. This is both brilliant and dangerous. It’s this ability for anyone to communicate on the global stage that makes social media a hothouse of (mis)information.

Many people rely on Facebook, Youtube or Instagram as their source of news. Whether that be a news story backed up by evidence, or a theory concocted by ‘connecting the dots’, each has the same platform and ability to reach an audience of millions.

To make things worse, news has become clickbait, where viewers are drawn in, glance at a headline and move on.

I’m not saying believe everything you’re told by mainstream media. Bias is sewn into every article or news story they publish, helping to affirm an underlying agenda. But, the media does have a code of ethics, and if an agency wants to maintain its reputation and authority, they can’t simply say whatever they want (well sometimes they do) without fact-checking. By doing so they risk being sued or tarnished as untrustworthy.

Questioning the world around us is healthy. We should be holding institutions accountable. The issue is, doing so with no evidence (or flimsy evidence) is dangerous as these beliefs influence others and have real-world impacts.

The anti-vaxxer movement is a prime example. Their belief in pseudoscience has led to an influx of infectious diseases.

The age of distrust

Conspiracy theories are nothing new. From JFK’s assassination to the moon landings, to 9/11, people have always questioned the official news story on significant events. So the rise of social media doesn’t help explain the current influx of conspiracies and those believing in them.

What does help explain this phenomenon is a breakdown of trust in government institutions. People don’t believe the government has their best interests at heart. And on that count, they have a point.

The unfortunate reality we live in is many governments have embraced a neoliberal mantra. The foundation of this economic doctrine is the idea of trickle-down economics. Where deregulation of markets and businesses (through the lowering of taxes, for example) gets rid of barriers that make it harder for business to flourish. Flourishing businesses create a flourishing society. With the benefits trickling down to each one of us.

The reality of trickle-down economics just isn’t true. Increasing levels of inequality over time highlights how neoliberalism creates a trickle-up effect. 62 people own as much wealth as the poorest half of the world’s population. Forget about the wealthy elite creating a virus to kill people, it’s this gross inequality that’s a deadly killer of the worlds poor.

The age of the anti-society

Economists fear the impacts of the Coronavirus could result in a second great depression. While society is suffering America’s billionaire class is doing rather well for themselves. Their wealth has increased by $565 billion since the outbreak began.

It doesn’t stop there. The Republicans have taken advantage of the instability caused by the virus and introduced a new tax law. With 95% of those benefitting from the tax break earning over $200,000.

Taxpayers may well be $90 billion worse off, but who cares. It’s not like governments are representatives of the people, mandated to create a thriving and prosperous society. Oh, wait. That’s exactly what government is supposed to do.

Our economy is designed to make the rich richer, leaving everyone else fighting for the scraps. The impacts of the Coronavirus outbreak has only worked to reinforce this fact.

Governments don’t care about creating a prosperous society for all. What they care about is encouraging the status quo. The negative repercussions to society aren’t even an afterthought.

The irony of conspiracy theories is the ‘conspiracy’ is hiding in plain sight. Governments have sold out to a wealthy elite and the corporations they own. The consequence is governments have broken their side of the social contract. And this neglect is beginning to have a corrosive impact on society.

The age of transformation?

Conspiracy theories and those who believe them, are an expression of the disillusionment and malaise many people feel. People are finding salvation through conspiracies because there doesn’t seem to be any hope in reality.

The issue with conspiracies is if I believe the Coronavirus is a hoax created by an evil elite, what can I do with that information? How does that empower me? It doesn’t. By placing a lens on an ‘evil elite’, conspiracy theories won’t change the status quo.

What can change things is supporting a vision of the future that makes the wealthy elite irrelevant and inspires and encourages others to unite behind that vision. That’s how you create a positive movement for change. By directing your energy towards making change happen.

Now don’t get me wrong. Conspiracy theorists are inquisitive, determined, critical thinkers who question the world around them. Exactly the kind of people who can help create a world where injustice is brought to an end.

At present, their efforts are misguided and doing more harm than good because they leave people feeling helpless, with no way of directing their disgruntlement at the current state of affairs.

If everyone unites behind a vision of change that works for everyone else, the conspiracy theorists could direct their energy towards a vision of the future. Suddenly social media platforms would become a powerful, harmonious, unstoppable vehicle for change.

There is nothing the elite fears more than a society united behind a common cause. Once united we, the people, can start to take back ownership of the government, and the institutions that are there to make society a better place. So use the wonders of social media to inspire a different way of doing things, and together we can build a better world where each person has a platform to flourish.