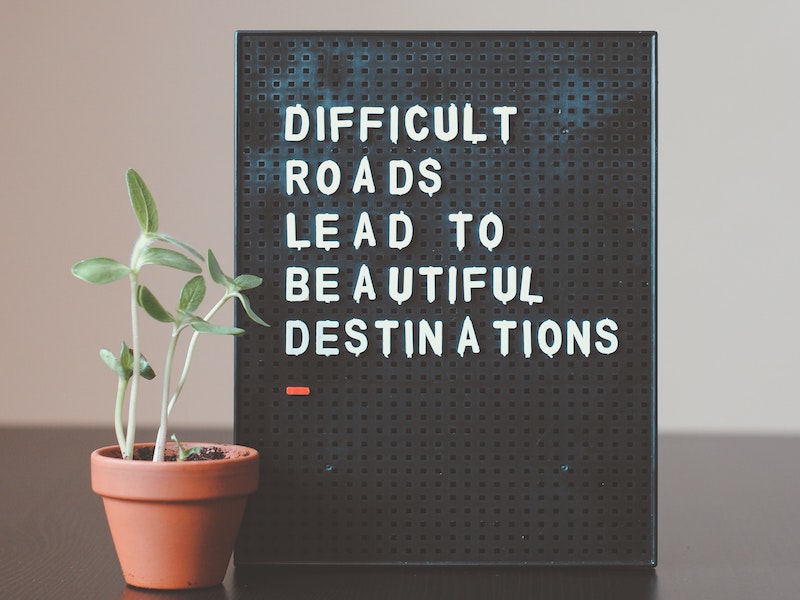 For many, the archetypal holiday is the beach resort. Where you can sip on cocktails served to you while basking in the sun. Eat and drink to your heart’s content, and chew the fat with loved ones.

In a word, the beach resort is paradise.

From a different perspective, a beach resort is a haven cut off from the rest of society. They’re sterile, controlled islands, so detached from the place surrounding them that they could be anywhere in the world and you’d be none the wiser.

If life is a journey of development, the beach resort is hardly a life-changing, immersive experience.

It’s a wasted opportunity when holidays present us with a chance to explore different cultures, foods, and ways of life. They’re an opportunity to expand our horizons, and challenge our preconceptions.

Because we all have preconceptions. Our view of the world is often constructed by the media. Not from any kind of lived experience. We can have strong views on a part of the world and have no idea what it’s like to be there.

One such preconception that grinds my gears is the idea people are poor because they ‘don’t work hard enough’. If only they got off their arses they could make something of themselves. In short, poverty is a choice.

Every time I hear the argument I cringe, because it’s likely the person saying it isn’t doing so from a lived experience. Their opinions are shaped by the dominant idealogy of our time. The capitalist mythology of the power of the self-interested individual. Who, with the right attitude can achieve anything.

The irony of people who hold these views is they’re the people most likely to enjoy the beach resort where the real world is blocked from view. My lived experience has shown me how ridiculous and damn right wrong this view is.

When I visited Ghana with my sister earlier this year we travelled the country using Trotro’s. Trotro’s are minivans crammed full with around 15 people. Legroom is minimal, the suspensions are awful (some of the vans were barely roadworthy), and there’s no air-con. So if you happen to find yourself in the middle of a few people fresh air is at a premium. In the beating midday sun, the Trotro gets hot, really hot.

But what the Trotro’s lacked in comfort they more than made up for in insight and experiences.

We met some fascinating characters on our journey. Take Kofi. A man who had dreams and ambitions to live in London so he could watch Chelsea FC (he was crazy about football). Kofi had a little stall in a local bus station fixing phones. He worked 12 hour days, every single day, and openly told me how desperate he was to free himself and his family from poverty. But he was trapped, with elderly parents dependent on him Kofi had no means to earn enough money to get himself out of his situation.

On our trip, we visited Akosombo, a beautiful town on Lake Volta. The bus stop in the town was a hive of activity. Every time a bus would pull over to pick up or drop off passengers, local tradespeople would run to the windows of the bus to sell their products.

We went to the bus stop each morning to buy boiled eggs covered with a delicious chilli sauce from Abla. Each egg cost 1 Cedi (around 15p or 20 cents). That means if Abla sells 50 eggs a day she makes £7.50 ($10). But, Able had competition. So as with anything, sometimes she had good days, other times bad days.

Every morning we would buy eggs from Abla, and she would still be there late into the evening, waving and smiling at us as we walked past. Even if Abla was working an 8-hour day (she worked way longer) her earnings would work out at an hourly rate of 94p ($1.25). And that’s before her costs.

The point I’m trying to make here is no matter how hard she works, how many eggs she sells, Abla won’t have enough money to get out of the cycle of poverty. The frightening thing to consider is Ghana is one of the wealthiest countries in Sub-Saharan Africa. Abla and Kofi are well-off in comparison to many people in neighbouring countries.

What united every single person we met (there were some great characters) is they all wanted a better life for themselves and their families. One where they weren’t struggling and having to fight for a living.

Open your eyes to the real world

You may be surprised by our experience. Because Ghana isn’t a country viewed as a ‘holiday destination’, but more a country ‘off the beaten track’.

The media plays a powerful role in influencing our attitudes on countries. While some are portrayed as havens, others are considered no go areas. Savage, hostile, dangerous places, where people will rob you at any given chance. The reason they do this is so you stay away from those countries and visit ones that shield you from the reality of poverty. Helping to maintain your world view that people are poor because they choose to be.

What might shock you when you go to one of these ‘no go areas’ is how similar people are to yourself. Rather than savages, most people will welcome you with a smile.

You’ll also realise every person has the same needs, the same wants, the same desires. We all want a better life for ourselves and our children. You might even come to see you have more in common with people from other countries than you do with the out of touch politicians who govern you in your own country.

Governments would hardly want that now, would they? So they create fear around certain countries and make them appear as ‘no go areas’. While cementing the bullshit ‘work harder argument’ through the media until the view becomes set in stone. A truism as unquestionable as the idea the sky is blue.

A moment that will stick with me for the rest of my life was when I volunteered at a school in India. I had connected with a little boy called Ramish.

One afternoon, we bought a cake to celebrate the birthday of another volunteer. As soon as Ramish was given his piece of cake, he ran over to offer it to me. When he did, I burst into tears (to his confusion!) because I knew Ramish never got the opportunity to eat cake. It was a rare treat and the first thing he wanted to do was to share it with his friend. It was such a simple, kind, yet powerful gesture and it made me reflect on life at home. Knowing a child in the West wouldn’t share that cake.

We all want the same things

If you choose your next destination carefully it really could be a life-changing experience. So get out of your ivory tower and explore a place the media say you shouldn’t visit. Go and see for yourself if the work harder and everything will be okay argument is true. Don’t take my word for it, or anyone else’s.

I’m not saying every holiday you go on needs to be some crazy adventure. But if you never broaden your horizons, you’ll never challenge your preconceptions.

We all have a choice. You can choose to waltz through life with blinkers on and keep on believing what you’re told to believe. Or, you can open your eyes to the world and experience it for yourself.

If you choose to keep those blinkers on and you’ve never seen poverty or talked to people suffering its debilitating impacts, fine, but stop arguing people are poor because they don’t work hard enough. If you do, you’re nothing but a mouthpiece for a worldview you’ve been programmed to believe.

The defenders of tolerance are intolerant of anyone else's views

LinkedIn Reveals 3 Behaviours You Need to Embrace to Be Successful

Self-glorification is an absolute must to 'get ahead'