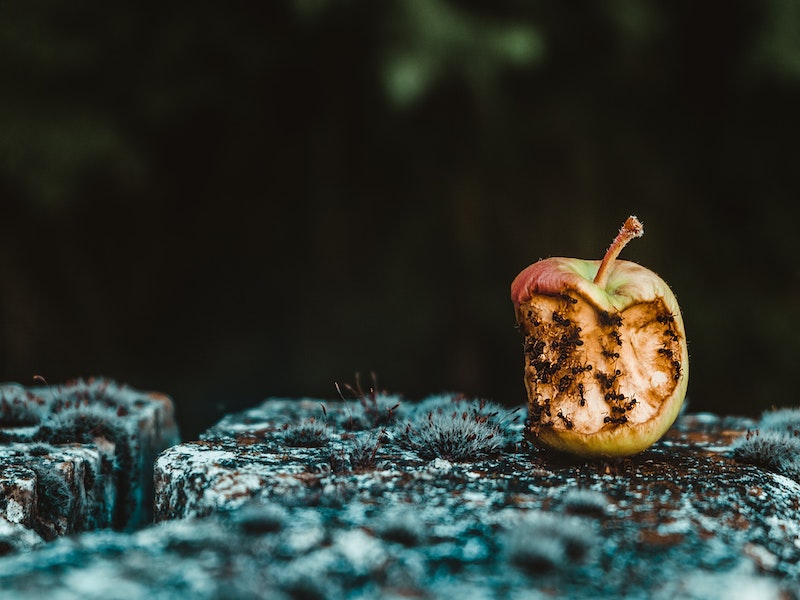 One in five CEO’s is a psychopath, and many more have psychopathic tendencies. Our mental model of psychopaths is of murderous, morally corrupt, cruel individuals — outcasts who aren’t able to operate in society. The reality is very different. Psychopaths not only function in society they flourish. So what is it about the world we live in, where psychopaths thrive?

To understand, we need to think about the personality traits of a psychopath.

Psychopaths are pathological liars, and highly manipulative. If manipulation doesn’t work, they have no qualms resorting to psychological bullying.

They have a lack of morality and a tendency to break the rules. Perhaps the most well-known trait of a psychopath is their inability to show empathy and a cold-heartedness. If they cause pain and suffering for others, they do so without remorse. It’s this callousness that makes people fear psychopaths.

Psychopaths are narcissists, with egos that could fill a room. They’re also able to turn the ‘psycho’ button on and off depending on the social situation. For some, they’ll be cordial and respectful, for others their cruelty and ‘dark side’ will shine through.

In society, as many as 5 to 15 per cent of people are ‘almost psychopathic’. You would think we’ve got a mental health crisis on our hands.

But not every psychopath has murderous tendencies like Patrick Bateman from American Psycho.

It’s when you combine the personality traits that you’ve got yourself a problem.

We’re all able to exhibit any personality trait. Those you do display the strongest are how people come to identify you. That’s not to say the other personality traits aren’t there. But those traits are repressed by what makes you an individual.

The issue we have is business rewards certain personality traits over others.

These traits are a product of society. Our society promotes the power of the self-interested individual. People who show tenacity, work hard, and have a ‘can do winners’ attitude will come out on top. Because in its essence life is a competition. A race to the top, where only the most ruthless and savvy will prevail.

And society rewards those who rise to the top (regardless of how they got there) with a luxurious lifestyle.

Business is a reflection of society

Business is a reflection of social ideals. It rewards selfishness over selflessness. Ruthlessness over compassion. Self-interest over altruism.

The psychopath has all the personality traits that allow them to thrive in business, particularly in corporate cultures.

Let’s imagine a corporation needs to make redundancies or cut wages to increase margins. Doing so will help maximise shareholder value in the form of profits, which is the core function of the corporation.

This decision can be tough to make for ‘normal’ people. For a psychopath, it’s a simple choice that will help elevate their reputation. Shareholders will view any ruthlessness with positivity if it leads to their dividends increasing. With that kind of reward, the consequences of the psychopath’s actions on anyone else are negligible.

Reward mechanisms in businesses focus on creating efficiencies or maximising productivity — decision-making centres around decreasing costs and increasing revenue to turn over a larger profit. Helping to make the company an attractive investment, and so increasing its value in the market.

In an environment where profit, and not the wellbeing of people is your ultimate aim the psychopath shines through.

The psychopath in the workplace is ruthless, shows a lack of contrition and will be manipulative and deceitful to get what they want, which is usually a promotion that will get them to where they want to go.

A promotion only works to reinforce the fact their behaviour works. After all, they’re going places. Meaning doing more of the same will allow them to get higher up the ladder.

Rewarding this type of behaviour compels everyone else to behave in the same way. This dynamic is the essence of the rat race only a few enjoy. Everyone else is dragged along by their coattails.

To be successful in business, you have little option but to exhibit psychopathic tendencies. Otherwise, the ruthless psychopath will get that promotion over you. Being forced to behave in ways that aren’t natural is emotionally exhausting.

So many people go to work not being able to show up as their authentic selves. Because to do so would be to exhibit behaviour which is not responsive to rising through the ranks. Morally this isn’t easy to deal with. But I guess you need to weigh up the benefits and costs of ‘putting on a show’.

Is success worth more than your morals? For some people, it is.

Our social system is a psychopath

In this state of affairs, it’s not the psychopath you should question. After all, a psychopath didn’t choose to be a psychopath. What needs examination is the system rewarding those who mirror its personality.

Our social system normalises behaviour which would be psychotic from a different perspective. But the fact everyone conforms to behaving that way means many people don’t even realise they’re changing who they are, to become who society wants them to be.

After all, in a mad world, only the mad are sane.

No matter how much you don’t want to, if you’re going to be successful, you need to exhibit traits that don’t reflect who you are as a person.

How does that affect people who don’t have those tendencies? People, who care for others, and actively choose paths where they’re able to express empathy and compassion? Those types of characters have no place in the corporate world, and they tend to be in low paying jobs.

You know things are backwards when our economy rewards jobs helping others the least. The social workers, teachers, nurses. People we all depend on for society to function, aren’t paid in line with their social value.

Our system is so backwards those working to do good for others question themselves for doing so and at the same time, try and make them envious of the lifestyle those morally baseless individuals lead.

What boggles my mind is how society reveres billionaires as the quintessential expression of success.

We bow down to billionaires, but often these people are reprehensible. Or rather, they’ve done detestable things to get where they are.

I always say, if you ever meet a billionaire, never trust them because the ultimate ‘winners’ in the rat race must have shown a ruthlessness and cunning that is unimaginable for most people.

Imagine our social cues and measurements of success revolved around creating social value? Psychopaths would be lost in a system promoting altruism, kindness and compassion.

Their personality would be deplorable. But rather then ostracising psychopaths, our social system embraces their personality traits. What worst testament of the time we live in is their then this bizarre dynamic?

That we are living in a psychopathic society is the reason life is so hard for so many. For people who do have compassion, it’s tiring, its a grind, it’s unrewarding. Morally it’s hard doing things you don’t want to do. For a psychopath, this is an adventure paradise — the perfect social conditions allowing them to thrive.

Social Lockdowns Have Revealed a Monster: The Self-Interested Individual