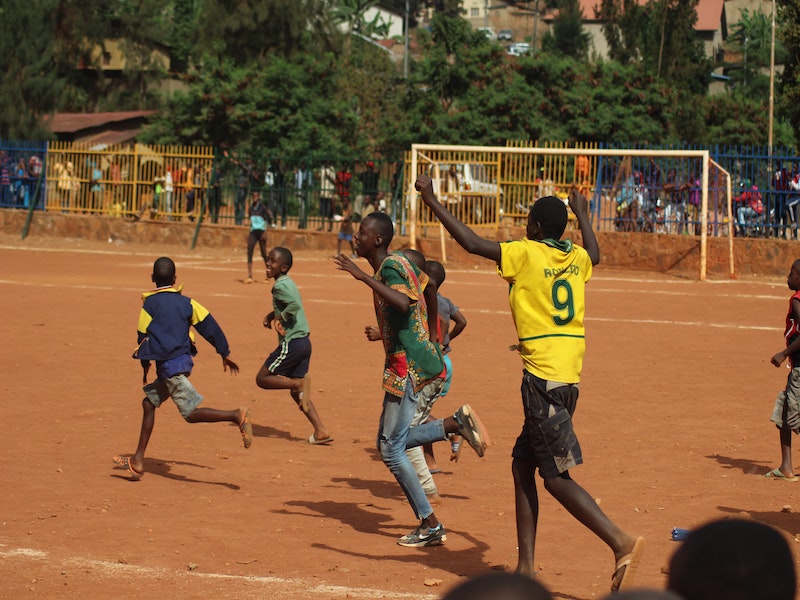 Regardless of your social status, how much money you have, or where you live, anyone can kick a ball around. That’s what makes football so accessible. All you need is a few jumpers for goalposts and you’ve got yourself a game. You don’t even need other people to play. I remember spending many an afternoon hitting a ball against a wall when I was young. Not only that, but the only thing you need to practice is a round-shaped object.

This accessibility means for many boys growing up, football is a ticket out of poverty. And for a chosen few, the dream becomes a reality. Sadio Mané, Liverpool’s star striker, grew up in a poverty-stricken village in Senegal.

He describes how “I was hungry, and I had to work in the field; I survived hard times, played football barefooted. I did not have an education and many other things, but today with what I earn thanks to football, I can help my people.”

Without football, Mané would more than likely still be farming in the field. Destined to a life of suffering and hardship.

With football, he is on a global stage, adored by millions around the world. The reality he lives couldn’t be any different from the reality so many others like him are living.

That’s the beauty of football. It’s the great social leveller because no matter how much money you have, talent in this purest of sports always shines through. The same can’t be said for lots of other sports requiring expensive equipment.

Many sports are socially exclusive because the sport can’t be played if you can’t afford the equipment. It’s difficult to imagine someone like Mané being the next golf, tennis or motor racing star, for example.

Football is socially inclusive because anyone can play it. That’s why it’s ‘the beautiful game’. Because in its essence it discriminates against no one. If you’re good enough, your raw talent will shine through. If you’re not good enough, you won’t go far. It’s that simple.

Now the reality is only a tiny minority can make it to the top. The line between stardom and destitution is wafer-thin. It says much about our society that for many, football is the only ticket out of poverty. But that’s an argument for another time.

It is the inclusivity and accessibility of football that makes many poor boys dream they can make it. Because the dream isn’t outside their realms of possibility.

How much does he earn?

While football should be celebrated as a great social leveller a bizarre dynamic has become commonplace. The media have an obsession with how much footballers earn. They go to great lengths to mention footballers salaries at any given opportunity.

In the same article referencing Mané’s humility, the paper references how much money he makes multiple times. If there’s a story about a politician, a banker, or a chief executive, will they see it fit to reference the person’s annual salary? They only do so if the article is specifically about how much money they earn. So why does this happen so often to footballers?

Maybe its because rich people hate the fact so many poor people are so much better at football then they are. No matter how much money rich people have, talent will always surpass a shiny pair of football boots. You can’t pay your way to the top.

On top of this, rich people hate seeing poor people get rich. The poor ought to ‘know their place’ in society. Heaven forbid there are so many poor people who have as much money as the upper echelons of society.

For poor people to be better than them at football and in some cases richer must really be too much to bear.

Of course, this constant referencing of how much footballers earn serves an important social function. On one hand, it makes people who are watching in the stands envious of footballers and the lifestyles their wealth affords them. On the other, it provides hope they too could one-day grace footballs elite leagues (or if they’re too old dream their sons can make it).

Footballers are the product

If the game of football generates lots of money, then the footballers deserve to earn most of the income.

The same can’t be said for lots of other industry’s where rich people profit from selling products made by poor people working in sweatshops. These people depend on others to create products that generate their wealth. And they pay them virtually nothing in return.

Bankers are even worse, they make money from other peoples money. There only discernible talent is they know something you don’t know. They use complex jargon to bamboozle people into the illusion what they do is difficult. Worse, what they do serves an important social function. As if the money they make for themselves and the bank benefits the rest of us.

While the media question footballers salaries, a banker earning millions in bonuses through speculative trades is completely acceptable.

That we live in a society where only a chosen few are able to free themselves from poverty should be questioned. Because it is our social system that is the underlying problem creating inequality. But, football is a symbol of hope for many poor people. That’s powerful, and should be celebrated. Not lambasted by rich people who are sour they were never good enough to make it as footballers.

Why Are Children Taught to Share When the World Is Selfish?

Life is ruthless, so why don't we prepare our children for what's to come?