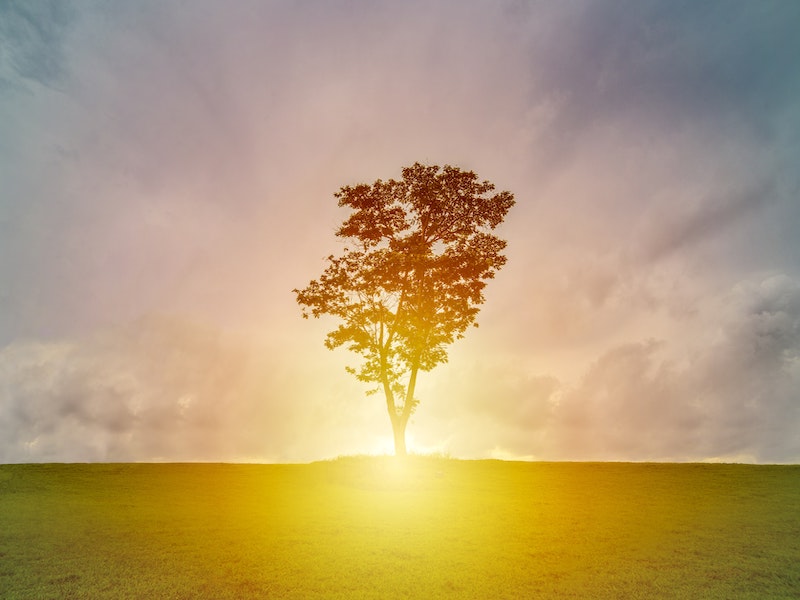 When presented with a problem, human creativity, innovation, and problem-solving always rise to the challenge. We fix things, we always have, and always will. Many argue climate change is another technological challenge that needs to be overcome and geoengineering is the technology to rise to the challenge. The idea is by manipulating the climate, we can reduce the Earth’s temperature; balancing out any increases from global warming.

It sounds extreme because geoengineering projects are extreme.

But a recent political breakthrough may make the need for geoengineering redundant. China recently announced a bold target to reach net zero emissions by 2060, which sounds great. After all, China is the worlds largest emitter of greenhouse gases.

China’s announcement is a breakthrough, but it’s hardly a moment to celebrate. If anything, it provides an unsavoury picture of how bad things have become.

The Intergovernmental Panel on Climate Change (IPCC) argues we must limit global warming by 1.5°C to reduce the risks of climate change. The IPCC suggests “limiting warming to 1.5°C implies reaching net-zero CO2 emissions globally around 2050”. Net-zero means there is a balance between carbon emitted into the atmosphere and carbon removed from the atmosphere.

Based on the IPCC’s estimates, China’s target to reach net-zero will come ten years too late. And that’s just one country. When every country needs to hit net zero by 2050, you start to realise the enormity of the challenge we face.

Can technology save the day?

It’s also important to note China’s one-party political model provides it with the ability to make such a bold statement. In democracies where governments change every few years, any commitment a government makes isn’t set in stone.

In the United States, for example, Barack Obama’s administration agreed to the Paris Climate Agreement, only for this decision to be overturned by Donald Trump’s administration. So even if countries agree to a formal commitment, there is no guarantee they’ll keep their promise.

On top of this, global CO2 emissions continue to increase year on year. Last year emissions hit 33GTCO2, a record. At a time when global emissions need to decrease, the fact they’re increasing makes it seem optimistic, at best, that we’ll be able to meet the IPCC’s target. After all, 2050 is only 30 years away.

Looking at the political climate, we may have reached a point where geoengineering is our only option in solving the most significant challenge humanity has ever faced. If we don’t, we will face a catastrophe of never before seen proportions.

There are ideas, but as with everything about climate change, deploying them is far from black and white.

Solar Radiation Management (SRM) is a concept that has received the most publicity. SRM “is a theoretical approach to reducing some of the impacts of climate change by reflecting a small amount of inbound sunlight back out into space.”

An idea of particular interest is Stratospheric Aerosol Injection (SAI). The reason why is because it occurs naturally.

The volcanic eruption at Mount Pinatubo in the Philippines released 20 million tonnes of Sulphur Dioxide into the atmosphere. Sulphur Dioxide works in the opposite way to greenhouse gases by reflecting (rather than absorbing) some of the Sun’s heat away from Earth.

When Mount Pinatubo erupted, the Sulphur Dioxide emitted from the volcanic eruption remained in the atmosphere for two to three years, reducing Earth’s average temperature during this period.

SAI would mimic this phenomenon. Aeroplanes or balloons would be deployed to spray sulphur dioxide into the upper atmosphere. By doing so, we would increase the number of sulphur particles in the atmosphere, helping to reflect sunlight away from Earth.

The issue with the idea is that it’s highly controversial. A study into the possible consequences of SRM found each solution “reduced temperatures but all also worsened floods or droughts for 25%-65% of the global population, compared to the expected impact of climate change.”

So SAI provides the desired result in decreasing temperatures. But with such massive unknowns, the risks may outweigh the benefits.

Space mirrors are another example of SRM. The idea is to launch thousands of space mirrors into space.

While sounding pretty out there, the idea has gained popularity in the United Nations. If you had enough mirrors, you could reflect enough of the Sun’s light to reduce the Earth’s temperature. These mirrors would help to balance out the warming effect of greenhouse gases.

The major issue with the idea is that again; it’s risky. You couldn’t experiment to see how well it worked in the real world. Computer simulations could help in modelling the pros and cons. But you would never know for sure until you experimented on the Earth itself.

By launching mirrors into space, we would be propelling ourselves into a profoundly uncertain future. It would be like pulling the trigger of a gun with a blindfold on and hoping it hits the right target. If it didn’t, there would be no turning back.

Another stumbling block is any SRM project such as deploying space mirrors would need global consensus. It seems unlikely every country would agree to a real-world experiment.

Imagine if countries did agree to the project and some countries faced severe weather events as a result? To save face, it’s not hard to imagine politicians blaming one another, which could escalate into all-out war.

On top of this, the technology doesn’t exist yet. So any such project would be years in the making. Aside from it being pretty bonkers, the issue we would have is time. And time isn’t on our side.

Carbon capture and storage (CSS) is “a technology that can capture up to 90% of the carbon dioxide (CO2) emissions pro­duced from the use of fossil fuels in electricity generation and industrial processes, preventing the carbon dioxide from entering the atmosphere.”

The primary benefit of using CSS compared to SRM is it doesn’t have any effect on the climate. It works to capture the carbon dioxide that would otherwise have entered the atmosphere. CSS offers a low-risk strategy to limit the amount of carbon emitted by industry.

“At the moment, CCS is the only technology that can help reduce emissions from large industrial installations. It could be an essential technology for tackling global climate change.”

The deployment of the technology wouldn’t involve any political wrangling. A country could invest in the technology, knowing it will reduce carbon emissions while having no adverse side effects on the climate.

CSS could be a game-changer for countries in helping them get to net-zero. There are currently 21 large scale CSS projects around the world. These projects store millions of tonnes of carbon dioxide, that would otherwise have gone into the atmosphere.

This sounds promising until one considers that we will need sixteen thousand more plants…to deal with current emissions. Emissions are still increasing so fast that we will need another thousand plants each year just to keep up with the annual increase. And transport emissions — which are growing even faster — can not be captured by any technology.

As George Marshall notes, we would need to scale the technology to an enormous level for it to have an impact. The issue with this is two-fold. The technology is expensive, and the only incentive for installing it is to prevent emissions entering the atmosphere.

From a financial perspective, any project would be a cost. And when the expense outweighs the rewards for installing the technology, it’s hard to imagine thousands of CSS projects being initiated spontaneously without any government legislation incentivising them to do so.

We only have one climate

Out of the three options, CSS has the most potential because it would have no impact on the climate.

While CSS is a promising technology, a drawback is it won’t help in dealing with the damage already done. It’s also specific to certain industries; for example, the travel or food industries couldn’t use CSS.

SRM would seek to rebalance the climate, helping to relieve the problem. But the most significant obstacle with SRM is deploying any project would impact each country in the world.

When the risks are so high, it feels unimaginable countries would agree to a project that could have a worse impact on the climate, then climate change itself.

We need a new approach

What’s staring us in the face is there are solutions without the need to deploy high-risk geoengineering projects. We can build a green economy which works in harmony with the environment.

What’s missing is the will to change.

As long as the will is lacking, humanity faces a profoundly uncertain future. That it’s reached a point where launching mirrors into space is a viable solution should give you an idea of how desperate the situation has become.

But these technological solutions are being used to justify the continuation of our current behaviour. Almost as if there’s nothing to worry about as when things do get bad, we’ll just use technology to get ourselves out of a hole.

If we’ve learnt nothing, it’s that our lack of respect for the Earth and its rules has led us into this mess in the first place. The way to get out of it is to respect nature and play by its rules. After all, if you play with fire, you can expect to get burnt.

The war in Ukraine has changed everything