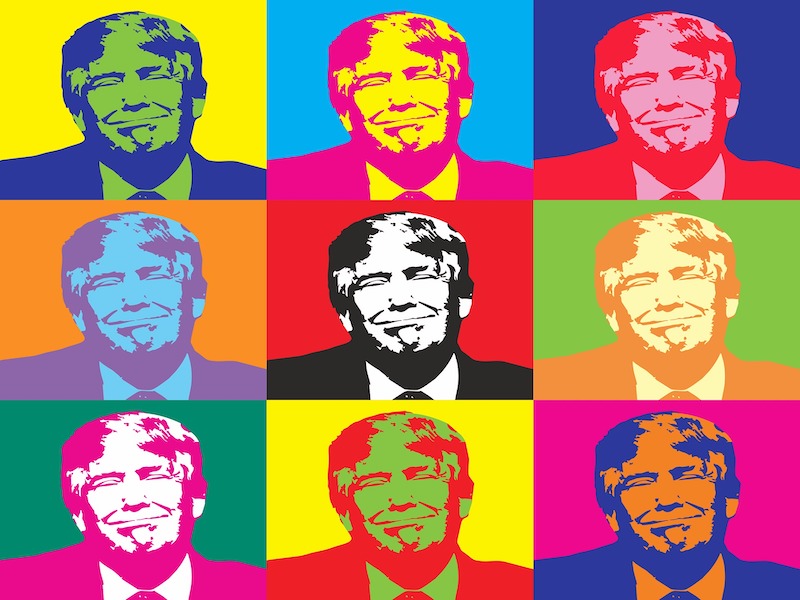 The New York Times revelation that Donald Trump has paid $1500 in tax in the last four years has sent shockwaves around the world. But it would have been a far bigger shock if the New York Times revealed he did pay his taxes. Because when you break it down, is it such a surprise Trump would sneak through every tax loophole going to avoid paying his taxes? After all, he didn’t create the loopholes, merely took advantage of them.

It is a big deal because Donald Trump is the President of the USA. A country like any other who relies on taxes to support the welfare of society. That the man leading the country doesn’t contribute to it, is the reason his actions are a gross moral injustice. Even more so than when other rich people like him don’t pay their taxes.

But people of Trump’s ilk don’t see it that way.

In any other country, this news break would be disastrous PR for the President or Prime Minister seeking re-election. But Trump is no ordinary man, and America is no ordinary country. If anything The New York Times has done Trump a favour because this story plays into the Donald Trump idealogy.

Trump represents an exclusive class of people that believe the world revolves around them. They celebrate the power of the ambitious, driven, self-centred individual who can make something of themselves.

The celebration of the individual lies at the heart of the American psyche. The government is an institution making it harder for individuals to get ahead in life.

The economic system that now reigns supreme and reflects the power of individuals is neoliberalism. An economic ideology that argues the free market and business can solve all problems.

Neoliberals call for more freedom for people and business, arguing the less regulation placed on them by the government, the better. And the benefits of liberating business from the shackles placed on them by government filters down to the rest of society. What they refer to as the trickle-down effect.

For neoliberals, tax is a form of robbery, where the government takes your money to do what they want with it, not what you want.

Trump’s presidency can be seen as neoliberalism with the sword unsheathed.

The great irony is if Trump had paid his taxes, it would have been a PR disaster. Destroying any semblance of the idea Trump believes in anything. At least by not paying taxes, he’s consistent with the neoliberal ideology he has built his presidency around.

His attitude shone through in the first presidential debate. When pressed on the issue of his tax returns, Trump bragged as a successful businessman he didn’t “want to pay taxes”.

That point of view lies at the heart of neoliberal thinking. Why should my hard-earned cash be spent on the rest of society?

Donald Trump has used the political apparatus to create legislation that has allowed an ever more aggressive version of neoliberalism to reveal itself. Trumps Tax Reform Plan reduced corporate tax and saw the wealthiest in America reap the rewards of tax breaks.

I can imagine Donald Trump views himself as a modern-day version of Robin Hood. Only this hero steals from the poor to give to the rich.

While Trump does nothing to reduce wealth inequality, a strange dynamic is that he has a loyal support base of working-class people. For many, his anti-authoritarian stance is refreshing. They adore his ramblings about how inept government is because they’ve been convinced the government is to blame for their poverty.

Not private companies, and individuals who hoard wealth by, in part, avoiding paying taxes. Nothing whatsoever to do with them.

A haven for business

The biggest deal about Trump not paying taxes is the fact loopholes exist in the first place. It is these loopholes that should be questioned because while it feels like an injustice, Trump has broken no law by paying no taxes.

On top of this, we need to consider why people like Trump are so averse to paying taxes. These neoliberals are so blinded by greed and self-interest; they fail to recognise the connection between paying tax and the ability for the government to provide the infrastructure for a functioning society.

To provide the roads they use for transportation, the health system they depend on to keep them healthy, the education system that teaches people, the army that ‘defends’ the nation. None of these services is possible without a tax system arranged around a central government.

Neoliberals may argue differently. For them, the smaller the government, the better. The more privatisation, the greater the effectiveness and efficiency of institutions to provide services to society. That is the dream of men of Trump’s ilk. To privatise and monetise every aspect of society. Doing so would create a business paradise, where anyone can make money out of anything.

The terrifying issue with this Machhevillian dreamworld is private companies don’t care about society. They care about turning a profit.

The goal and relationship of each institution to society is fundamentally different.

Trump isn’t the only one

For the sake of balance, it must be mentioned Trump is far from unique in not paying any taxes. There are dozens of multinational companies who don’t pay any tax. Contributing nothing to the society they depend on for the health of their business.

Corporations and people like Trump represent a system that has lost touch with the fact we’re all connected and the sum of our greater parts. And it’s their adherence to neoliberalism, and the idea we should try our damndest to avoid paying tax, that lies at the root of all of our problems.

What’s the point of doing anything if it doesn’t create a flourishing society? If the point of it all is to make a few rich people all the richer, what a depressing time we live in. At present, money filters up and does so to have no other function than to fill the coffers of wealthy people that are already at bursting point.

The rest of society fights over the scraps while being manipulated to believe their plight is the government’s fault.

So what’s the big deal about Trump not paying his taxes? Trump represents a social ill; a group of people that don’t recognise the value of society, and only seek to benefit from it, rather than contribute to it. I guess a simple question you need to ask yourself is, as President, is Trump striving to make society a better place for everyone? The fact he doesn’t believe in or fund the institution he presides over may lead you to the answer.