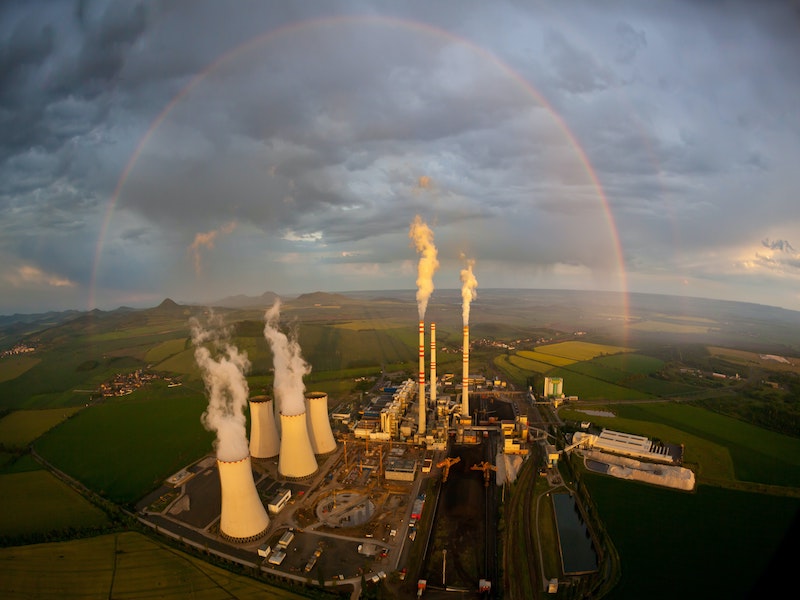 An explosion on the Deepwater Horizon Oil Rig in 2010 led to 130 million gallons of crude oil gushing into the Gulf of Mexico. The explosion was the result of gross negligence on the part of BP, who managed the rig. But in creating the disaster, BP broke no law against nature. The fact there aren’t any laws providing the natural world rights is reflective of our relationship with the natural world. We abuse and neglect what we depend on for life itself, taking nature for granted. But if we don’t start protecting nature we will be the victims of our own behaviour. A way to protect mother nature is to integrate it within our law system by providing nature with rights.

At present, our relationship with nature is one of a destructive controller. We poison waterways, destroy ecosystems, pump toxins into the atmosphere. And for the last two hundred years, the natural world has soaked up the punishment we’ve delivered to it. It’s managed to absorb each hammer blow. Or, so it appears. Because the world looks, sounds and feels the same, so we can’t be doing anything wrong. Right?

The danger with our behaviour is while we can wreak havoc on the natural world, and it appears the same each day, we have no idea what the long term impacts of our behaviour will be.

James Lovelock’s Gaia Theory explains why. Gaia Theory argues the natural world is a highly complex, interconnected system that can regulate and maintain a balance through feedback loops. For example, the death of a tree may seem to be a travesty, but the tree decays and becomes part of the Earth once more. The soils of the forest then absorb the nutrients from the decaying tree. Death allows for life to flourish, in an endless cycle where inputs become outputs, and outputs become inputs.

Human civilisation has taken a sword to the precarious balance in nature and shattered it.

We chop down trees and remove them from the forest altogether. Now, the natural world is incredibly resilient. Chopping down a few trees will not change the balance of life. Chopping down the entire forest on the other hand, and replacing it with a monoculture will destroy life because you’ve altered the habitat that life in the forest relied on.

Our technological breakthroughs have allowed us to overcome nature and harness it at will. But we are also very much slaves to the environment around us. From the air we breathe to the water we drink, to the food we eat; we need the natural world, far more than it needs us.

And the natural world will happily keep on giving if we respected its rules. The problem is we flout the rules with an arrogance that suggests the environment depends on us for life.

Unlike the rather obvious visual impacts of a disaster like the Deepwater Horizon Oil spill, the underlying effects our behaviour has on the natural world aren’t noticeable. So we’re not alarmed by the changes. This is because every small action is negligible. It’s when you multiply these actions millions and millions of times, over decades, that small actions have giant consequences.

Lovelock’s Gaia theory gave rise to the idea of the butterfly effect — the most inconsequential action, a butterfly flapping its wings, can trigger events that lead to a tsunami on the other side of the world. Even the smallest effect can lead to a domino effect further down the line with enormous impacts.

The metaphor of dominoes offers a powerful visual of how a tiny, inconsequential action can have giant consequences within an interconnected system.

When placed in a sequence, a domino can knock over another domino one and a half times larger than itself. If the first domino is 5mm high, and 1mm thick, the second domino will be 7.5mm high, and 1.5mm thick and so on. By the time we get to the ninth domino, the domino is 1.92m high and 40cm thick.

But within a connected system the knock-on effect of tipping the first domino over results in the largest domino tipping over. If you continue the sequence, the 24th domino would be 374m — taller than the empire state building.

The natural world is a highly complex chaotic system, with no linear cause and effect. So it is impossible to predict how ‘tipping a domino’ (to continue with the analogy) will influence the system on a larger scale. What we do know is that small actions can and do have giant consequences. We just don’t know how and when the impacts of our behaviour will start to impact our lives in an obvious way.

The issue we face is that when we do see the effects of our destructive behaviour, it will be too late to react. We won’t be able to undo what’s been done.

The rights of nature

In society, if you break the law, there are consequences. Nature is no different. Our whole civilisation is breaking nature’s laws, and we are now starting to see the results of our actions.

Looking at it from a different lens, it would seem unbelievable that we as a species have created a civilisation that compels the destruction of the world we depend on for life itself. A reason we continue doing so is a result of our relationship with nature.

We still see nature as something we take from rather than depend on. While our relationship with nature remains one where we pillage it to create products to sell at a profit, the intrinsic value of nature will not be considered.

In the case of the Deepwater Horizon oil spill, BP was found culpable. The punishment handed out to the oil giant for an ecological disaster which still impacts the environment to this day was a fine of $1 billion. That sounds like a lot, but BP’s negligence led to one million birds dying and a mass die-off of marine life.

These were just the visual impacts we can see with the naked eye. BP’s actions could potentially have enormous consequences further down the line we are yet to understand. BP not only killed wildlife; they severed the balance of life in an ecosystem. The punishment is not reflective of the crime, in the slightest.

And the issue is no punishment could compare to destroying the environment. What is necessary to avoid the destruction of the environment is to prevent it from taking place in the first place.

Ecuador has integrated The Rights of Nature within its constitution. Article 71 of the law reads: “Nature or Pachamama, where life is reproduced and exists, has the right to exist, persist, maintain and regenerate its vital cycles, structure, functions and its processes in evolution.”

Integrating the environment within a countries constitution affords it the rights and protection necessary to prevent unwanted destruction.

It can also lead to a radical change in mindset where our perspective of nature radically shifts. A law against ecocide would make the large scale and systematic destruction of nature an international crime. Stop Ecocide is working to bring that aim to reality. Achieving this goal would afford the natural world the respect and reverence it deserves.

Again, it seems unbelievable that campaigners have to fight to protect the environment we all depend on for our existence. But, there are signs of progress.

France wants to pass a law against ecocide, making it illegal to destroy the environment. Doing so will result in companies reevaluating risks because if they commit ecocide, the French government will be able to lay down the law to hand out draconian punishments.

The only way to deal with environmental destruction is to integrate it within the realms of social laws. After all, what’s the point of a law system if the home we all depend on for life is being destroyed? One is irrelevant without the other.

We need to protect the voiceless. To protect mother Earth, who shows unbelievable resilience in the face of destruction. Life is stubborn; it perseveres. Even with us bombarding it with so much abuse, it still manages to fight and sustain itself. But, it can only do so for so long. If we continue our relationship as a destructive controller, the natural world will lose its ability to self regulate, and the balance we depend on for life will be shattered. If that happens, life as we know it will be but a distant memory.