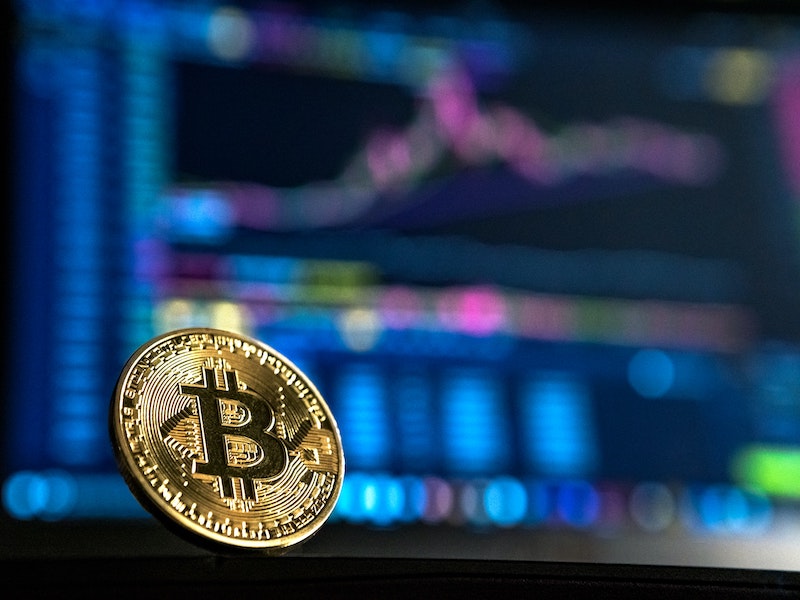 “If you’re seeing Bitcoin on a bus, it’s time to buy.” An advert on London’s double-decker buses hints at the cryptocurrencies’ remarkable rise to power in a few years.

At the time of Bitcoin’s creation in January 2009, you could buy a Bitcoin for $0.08. At the start of 2021, you could sell your Bitcoin for $34,800. To put that into perspective, $10 would have bought you 125 Bitcoin in 2009. If you rode some pretty volatile ups and downs and sold your Bitcoin at just the right time, you would have pocketed $4.35 million. There is a bonanza to be had, and with JP Morgan recently estimating the value of Bitcoin could go as high as $146,000, Bitcoin has become all the rage.

The problem with Bitcoin though, is that Bitcoin mining — the process of generating a Bitcoin — requires an astonishing amount of electricity.

If Bitcoin was consuming clean, renewable energy, you could argue that while it represents a strain on electricity production, at least it would have a low carbon footprint.

The Bitcoin Energy Consumption Index estimates Bitcoin produces 40 million tonnes of carbon dioxide per year — meaning it has a similar carbon footprint to that of New Zealand.

A climate weapon of the wrong kind

Many commentators believe Bitcoin has the potential to be a single global currency. Yet, it seems more people intend to make money from Bitcoin than actually using it as a currency they can purchase products with.

Bitcoin is seen as an attractive investment because the potential returns are enormous. But it seems ridiculous that so much energy gets directed towards something that has no positive social value.

The problem is that while Bitcoin exists in virtual reality, it consumes energy created in and impacting the real world.

That goes for so many different aspects of the market. Some markets exist to create wealth but serve no social function outside of wealth creation. And while energy is being wasted in ventures that make a few people rich, one billion people still have no access to electricity.

That isn’t Bitcoin’s fault, of course, but Bitcoin is a symbol of a larger problem.

Cryptocurrencies represent behavior that has caused so many environmental issues. The returns on investment of a product are all that matters. After all, its environmental costs are not seen. With a click of a button, you can invest in Bitcoin. The real-world impacts go unnoticed as there is a detachment between you and the computer you’re using, from the real, natural world.

Alongside this, an attractive investment is one with higher potential returns, not how valuable it is to society. The crucial consideration is how much money I can make from the investment. As there is still so much potential to make a fortune from Bitcoin, people will continue to invest in it.

Bitcoin then is like a weapon we have created to make the environmental challenges we face worse. Because as the price of Bitcoin increases and mining for coins continues the amount of electricity it uses will also increase.

A need for regulation

To ensure investments do get directed towards sectors creating value for society, governments need to place stronger regulations on the market.

At present, a significant problem with the market is that prices do not have any environmental damage attached to them. This means prices are set within a reality that ignores the massive environmental impacts they have. The only way to solve this problem is to internalise the damage an investment has on the planet within its price on the market.

A way of doing that is by creating a carbon tax which would place a higher price on products that generate greater emissions. Revealing its actual price. Without internalising damage to the environment in prices, we will continue to see investments misdirected due to the attractiveness of the artificial price.

Governments have the power to create a carbon tax. Yet they don’t because powerful vested interests would lose out if they did. For example, oil companies influence governments through lobbying to make sure regulations that would damage their market position aren’t enforced.

The market does have the power to redirect investments away from dirty, carbon-intensive industries towards clean sectors. But only when prices are accurate.

A flaw in the argument is free markets have no incentive to create solutions to social problems. A free, less regulated market makes it easier for companies to increase profits.

Using the example of access to electricity — if a company can’t profit from solving the problem, the market has no incentive to solve it.

The fact the market is orientated around profit-seeking, rather than creating social value, is exactly why governments need to develop strong regulations. To protect society against companies whose purpose is to profit from society, rather than create value for it.

In a world where environmental damage is internalised into the market, products such as oil would see investments drain away. This could also be the case for investments like Bitcoin because the viability of it becoming the world’s single currency would be placed into question due to the amount of electricity it consumes.

When you weigh up Bitcoin’s value to society, versus its damage to the environment, Bitcoin serves to make the problem we face worse.

At present, money is the crucial deciding factor in where investments get directed and where they don’t. Whether it has a positive social value or contributes to making the climate crisis worse is irrelevant. The only thing that matters is how much people can profit from it.

This detachment from money creation on the one hand, and its social and environmental cost on the other, is what got us into the mess we find ourselves in, in the first place. Yet, Bitcoins’ filthy secret will continue to be ignored because of its potential to make so much money.

It seems the only thing that will ever change our obsession with profit and money-making is when we start to feel the effects of the climate crisis. Only then will people realise how insignificant money is compared to the environment we depend on for life itself.