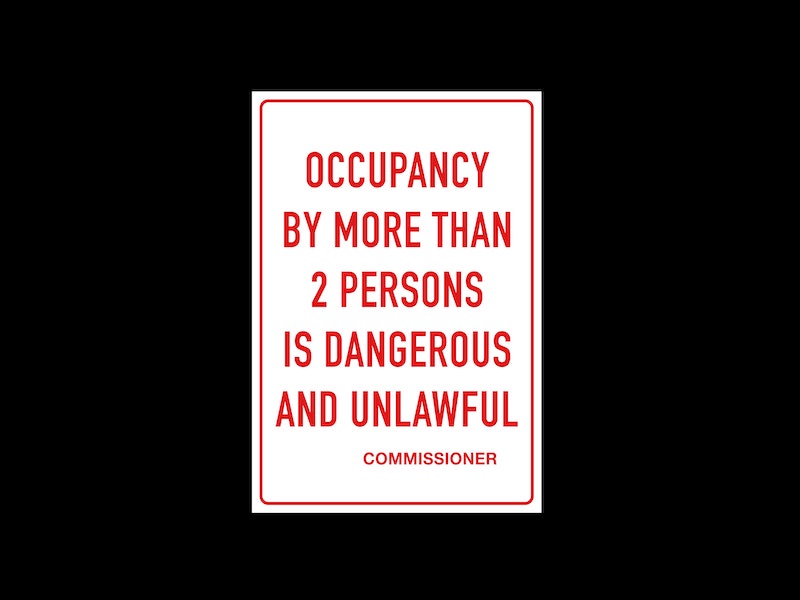 A social lockdown works when everyone doesn’t do all that much for a few months. The fact society is not mingling means the risk posed by a virus reduces as it cannot spread. After enough time cases fall by such an extent that it’s safe for society to start coming together again. Lockdowns then are mutually beneficial. If you agree to isolate, and I agree to isolate we both seek to gain. It’s a ‘you scratch my back, I’ll scratch your back situation’.

To work, a lockdown requires cooperation and a sense of compassion for your fellow citizens. So it seems questionable the Conservative Party in the UK adopted this strategy. The reason why is that for the last 40 years, the Conservatives have been hammering home the value of being a self-interested individual (SID). That’s the holy grail of Tory philosophy. Create policies providing the selfish individual with a platform to flourish. Forget about the rest of society, you’re in it for yourself, and you should take and make as much as you can from the rest of society.

We don’t have an all for one and one for all mentality; we have a one for all and all for one mentality. The irony is the Conservatives created the ultimate weapon against the policy they have adopted to thwart the virus. In the UK (and to an even greater extent in the US) the individual is king.

Create policies that reflect the culture

In the East, in countries like Japan and South Korea, they have a very different mentality. Culturally the Japanese and South Koreans gain identity by conforming to the group.

It is for this reason that social lockdowns have been so successful in these countries. The policy is reflective of the underlying culture. Each person desires to follow the rules because their behaviour is governed by and dictated by a group mentality.

In countries like the UK and US, this philosophy of cooperation doesn’t exist. Culturally people are not interested in conforming to behaviour which is in the interest of the group; they are interested in doing what’s in their interest.

Embracing a policy that demands each person think about society’s interests over their own, in a culture that celebrates the individual, was always doomed to fail.

Having implemented the policy in the UK what it has revealed is just how prominent and embedded individualism has become within societies that embrace a SID culture.

It is no coincidence that these countries have fared so poorly in dealing with the Coronavirus because they adopted a policy that didn’t compliment the dominant culture.

The Conservatives would have been far better off following the route of herd immunity that they considered adopting. The idea is society continues as usual, and once the majority of people have contracted the virus, the risk posed by the virus diminishes as everyone gains immunity. Leaving the vulnerable at high risk from contracting — and dying — from the virus.

The greatest irony is the bastions of individualism and self-interest ended up doing what every other country did. They didn’t have the nerve to follow their gut instinct. This shows a lack of leadership in the face of a crisis and reflects how out of touch the Conservatives are with the reality they have created in the UK.

And now it’s far too late to turn back. We are locked into a strategy that could never possibly work. The government know this but can’t admit it. To do so would be the final nail in the coffin in any confidence people may still have in them.

Once the Tories decided to pursue a policy of social lockdown, at first, most people conformed to the rules. But, the most hardcore of SID’s didn’t. And as time has gone on, these SID’s have encouraged other SID’s to join them in ‘living their lives’, regardless of the risk it poses to society. They say to themselves (and one another), I’m safe, so what’s the big deal?

SID’s are so consumed by self-interest they are yet to grasp (and never will) the fact isolating has nothing to do with them. It is about the people that are vulnerable and could die. We are doing this to protect people so that they can go out and enjoy living their lives.

No one wants this situation. It’s not fun for anyone, including the SID’s who insist on going to house parties, possibly even an illegal raves. But these SID’s are a product of the system that has moulded them into believing the world revolves around them.

What they don’t see is that they are cutting off their nose to spite their face. Through their reckless and selfish behaviour, the SID’s are doing an exceptional job of making the situation far worse than it should ever have been. Which leads them not to be able to live their lives as they necessarily want to.

Now, there is a section of society which I don’t blame for flouting lockdown laws. The Tories left the self-employed out to dry. The self-employed were faced with two choices; conform to lockdown rules and face destitution, or break the rules and go and earn some money. The Tories made the decisions for them by offering no support to the millions of self-employed people in the country.

Why has there been one rule for some in society and a completely different rule for others? The incompetence of this government knows no bounds. And so while SID’s have made the problem much worse, the Tories are the ones that are accountable.

In respect to the self-employed, these people are not SID’s. They’re being forced to work because they haven’t been offered the support needed to lockdown without being left destitute.

You cannot blame the self-employed for wanting to work in the climate we’re in. It’s that or lose their homes, not be able to pay for their bills or food.

Quite frankly, I don’t even blame the SID’s for flaunting the rules. Blame the Conservatives. Blame them for having brainwashed a generation of people into thinking a society where each person is only concerned for themselves is to society’s benefit.

If any positives come out of the disaster we’re living through; it’s that it exposes the Tory philosophy as being fundamentally flawed. Let’s hope that fact has dawned on people who will do away with this inept government and their SID philosophy in the next general election.

E.T Don’t Go Home! Why An Alien Invasion Could Save Humanity From the Climate Crisis

An alien invasion would unite humanity against a common enemy