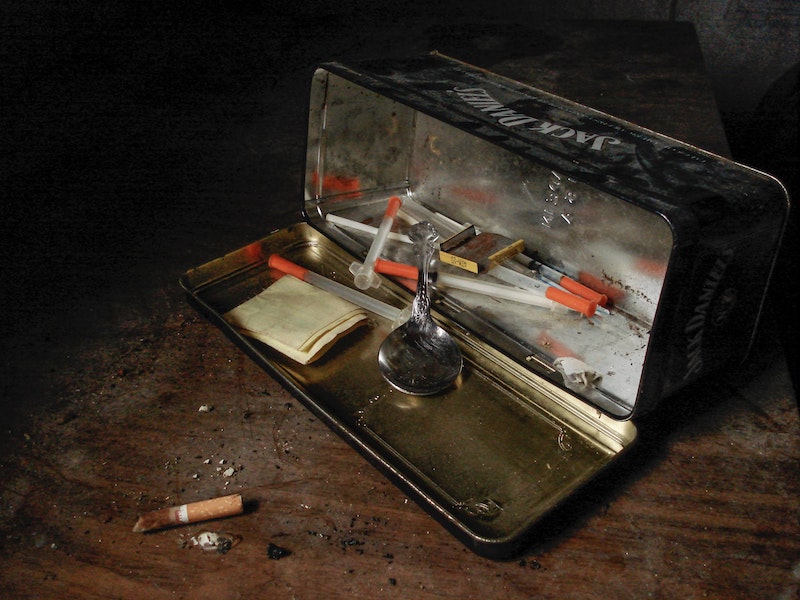 In the 1960s drug abuse had swept across America like a plague. President Richard Nixon referred to the epidemic facing America as “public enemy number one.” The problem required swift and decisive action to stamp it out, and so in 1971, Nixon famously announced a ‘war on drugs’.

The logic behind the war on drugs is taking a tough line would incentivise people to either stop taking or dealing drugs. The policy complemented the prevailing logic that being harsh on criminal acts should act as a necessary deterrent. But this logic hasn’t played out in reality. While the war on drugs persists, drug abuse in America has become worse, not better.

The statistics highlighting its failures are damning. Since 1971, the war on drugs has cost the United States an estimated $1 trillion. And yet every 25 seconds, a person in American gets arrested for drug possession. In 2015 alone, the US government spent more than $3.3 billion incarcerating people charged with drug-related offences.

Perhaps the worst statistic of all is that America is in the midst of an opioid epidemic. “Americans account for less than 5 per cent of the world’s population but consume 80 per cent of all opioids produced globally. Roughly 1 out of every 100 American adults — or 2.4 million people — have an opioid-use disorder.”

If harsher sentencing on drug-related offences was reducing the use of drugs, you could argue the means justified the ends. But every statistic points to the fact the war on drugs has been a spectacular failure. So why does American policy persist with a hard-line when the results are so disastrous? More importantly, could a different approach solve the problem?

Politicians can always count on a ‘tough on crime’ policy being met with approval. It’s popular with voters, and there is an underlying belief, that borders on a truism, that the tougher you are on crime, the greater the deterrent to criminals. But as the war on drugs has shown, this commonly held conviction isn’t supported by statistics. In fact, being tough on crime has made the problem of illicit drugs worse.

There are several reasons why in the face of this contradiction. The most important of which is the result of cognitive dissonance.

Cognitive dissonance is a psychological theory that argues when presented with information that contradicts our long-held beliefs, rather than persuading us to change our view, the information does the exact opposite. We reinterpret the information to complement and reinforce our own beliefs.

In the case of the war on drugs, politicians will argue drug-taking is increasing, not because the underlying policy doesn’t work, but because the punishment isn’t tough enough. What’s required is even harsher sentences, because the deterrent isn’t disincentivizing drug users and dealers from pursuing an unsavoury life.

In line with the dissonance caused between a commonly held belief of the political establishment, and the statistics showing the belief to be flawed, we also need to consider how controversial it would be if a politician declared the war on drugs isn’t working. The political establishment would never want to admit that after spending 40 years, and an estimated $1 trillion on the war on drugs, the policy was a waste of time and taxpayers money.

You could imagine the reaction if any senator or congressperson questioned the merits of the war on drugs. They would be chewed up and spat out of Washington, quicker than you can say ‘war’.

In short, it would be political suicide for dissenters, and even if some politicians do disagree with the war on drugs, it’s far easier to swim with the tide, then swim against it. Continuing to pursue a flawed policy is fine because it’s the easy thing to do.

The tragedy is that millions of people suffer as a result of the policy.

Tough on the causes of crime

Why the policy seems particularly flawed is the illicit drug industry, like any other, is a product of a truism of all markets. Where there is a demand, there will be a supply.

And oh my, is it a booming industry. In the US alone, the illicit drug trade is worth $150 billion annually. When the rewards are so high, they will far outweigh any risk of tougher sentences.

The war on drugs then is like trying to fix a blow-up bed with a pin.

What’s required is a different approach. Rather than focusing on being tough on drug users and treating them like criminals, how would things fare if there was a war on the causes of drug-taking? If we start focusing on why people take drugs in the first place we can begin to design an effective strategy to decrease demand.

By asking different questions, suddenly the problem takes on a whole different landscape.

If time and money were focused on the demand, then the supply will naturally drop off because one is a natural consequence of the other. Often, people take drugs because they want to escape a hopeless reality that offers them nothing. They escape the despair and darkness of the real world. And as soon as they return from their high, they are all too eager to escape the pain once more.

While the war on drugs labels drug users as criminals, they are anything but. Drug users are victims of a system that labels them as vermin.

Treating them as victims would inspire a completely different perspective on the problem. Portugal offers a remarkable example of the transformative impact a change in approach can have.

Portugal was once plagued by a drug epidemic of its own. In the 1980’s one in ten people in Portugal was using heroin. But rather than being tough on crime, Portugal took a radical approach that departed from convention. In 2001, they legalised the use of all illicit drugs and the results were spectacular.

“Rather than being arrested, those caught with a personal supply might be given a warning, a small fine, or told to appear before a local commission — a doctor, a lawyer and a social worker — about treatment, harm reduction, and the support services that were available to them. The opioid crisis soon stabilised, and the ensuing years saw dramatic drops in problematic drug use.”

How had this happened? It would seem counter-intuitive, by legalising drugs, won’t more people start abusing them? Well, counter to prevailing beliefs, the evidence shows not. By legalising drugs, it reduced the stigma and allowed users to get their drugs safely.

Most importantly of all, it changed societies outlook on the problem. Rather than society ostracising drug users as criminals, the focus was on helping drug addicts. The change in perspective allowed drug users to seek help openly, without fear of recriminations.

Portugal’s radical approach worked because it focused on the causes of drug-taking, rather than the supply.

The war on drugs has always been a flawed policy because it doesn’t focus on the causes of the issue. The best way to deal with the plague of illegal drugs is to take the drug dealer out of the equation. By legalising drugs you can direct time and money on the causes of drug abuse.

By reducing demand, you reduce supply, it’s a simple equation. Yet politicians in other countries seem unwilling to follow Portugal’s lead, even with such remarkable results.

The flawed logic promoting the continued use of a tough stance on the illicit drugs industry is a reflection of the wider flawed logic in social, and criminal policymaking. Politicians continue to promote the same policies because it supports a view they believe in. Regardless of whether the policies work or not doesn’t matter, what does, is their belief the policy works.

Politicians want to solve social problems, they certainly don’t want to make problems worse. But they are stuck in a closed way of thinking, where cognitive dissonance means any evidence will be reinterpreted to justify the continuation of a flawed approach.

In hindsight, Portugal’s approach wasn’t ‘radical’ at all; it just departed from the status quo. The fact the policy works so well, and others haven’t followed suit, shows the underlying issue is not a drug epidemic. The real problem is that politicians and institutions are resistant to do things differently.

If we continue to do things the same way, we’re guaranteed to get the same results. The tragedy is that so many, have so much to lose by admitting it doesn’t work. So long as pride and a continued belief that it does work persist, the war on drugs will continue to produce terrible results. The victim of which is society itself.

Why are Psychopaths Successful in Business?

Psychopaths thrive in society, but what is it about our society that allows these rotten apples to do so?