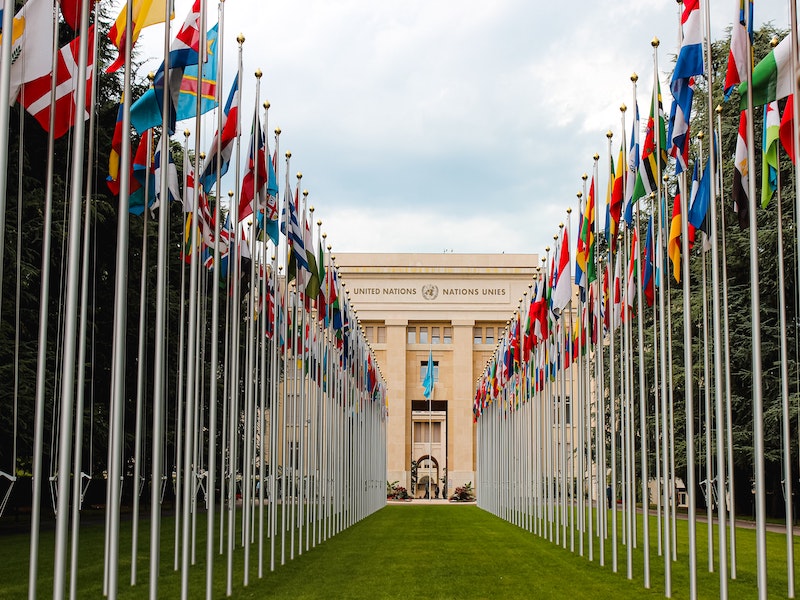 The climate crisis is the greatest challenge humanity has ever faced. It’s so hard to deal with because it’s a global problem that will affect every one of us in one way or another. To deal with the problem, we have to adopt policies with a global scale in mind. The issue with doing so is that while the climate has no borders, human societies do.

Nation-states aren’t set up to deal with global problems, which makes sense because this is the first time we’ve ever had to deal with and cooperate on an issue affecting every corner of the globe.

And while nation-states are an effective form of government on the regional level, their effectiveness begins to break down when faced with a global challenge.

Attempts to solve the climate crisis make this clear. 197 countries made pledges to reduce carbon emissions in the Paris Agreement. The agreement brought hope we had turned a corner.

Finally, countries were coming together to agree on legally binding commitments to meet emissions targets that would limit global warming to under 2C.

Since then, the optimism we had turned a corner has blown away in the wind. While initially, 197 countries agreed to adopt the agreement, in the end, 189 ended up joining.

The US joined, then left, and now it has joined again.

And a few years down the line, most countries are not on target to meet their commitments. 197 countries may well agree to a commitment, but maintaining enthusiasm in the long term is, as has been shown, difficult.

A major roadblock in countries meeting targets is that each country has its own agenda. Self-interest lies at the heart of decision making, which is understandable because each government wants to do the best for their respective country.

The fact each country is focused on its own interests means they may continue on a path that is not in everyone else’s interest. As some countries aren’t meeting their targets, it becomes easier for others to choose paths that neglect their commitments.

The result is that since the Paris Agreement was agreed upon, global emissions have increased—the exact opposite of what we need to do.

Rather than cooperation in reducing emissions, we have mutual solidarity in increasing emissions. And if everyone isn’t meeting targets, then a legally binding agreement becomes null and void because you can’t punish everyone for failing to meet commitments.

Another issue to consider is that the climate crisis is just one aspect of the environmental problems we face. The assumption being made is by making a few tweaks and decreasing emissions; we will solve the underlying problem.

Focusing just on reducing emissions then is no silver bullet.

Any solution to the challenges we face must take a holistic approach and focus on the social and economic causes of environmental problems. Doing so requires us to rethink how our societies and economy are structured.

But how do you get 197 countries to agree on policies to transform their economies and society to have less of an environmental impact? And even if you do get an agreement, what does the new economy look like? And how do you manage the process to make sure each country is making the necessary changes?

The simple answer to the questions is that our political structure makes doing any of these things impossible.

The heart of the problem is that the structure of the political framework restricts the opportunities available to us. Because every country needs to agree on an approach, any formal agreement is a product of compromise. And compromise inevitably waters down targets to meet governments conflicting demands and priorities.

Any agreement then isn’t necessarily what needs to be done. It reflects what is possible within the confines of what every country is willing to agree upon.

So while the challenge we face requires an integrative response that includes the economy, society and the environment, so far, we’ve only reached an agreement on limiting carbon emissions. And even that is proving a step too far.

Having to agree on solutions between so many different countries is not the only weakness of the nation-state.

How corporations function offers an insight into why nation-states aren’t set up to deal with global challenges.

Corporations are a product of their time and can take advantage of a globalised world. They have international workforces and can relocate production sites to countries with low paid workers, helping to increase profits.

On top of this, each country has different tax systems. Meaning a way to attract corporations to invest in a country is to reduce the corporate tax rate. That’s great news for the corporations who can choose to base their operations in countries with the lowest tax rates—again, helping them increase profit margins.

It’s no coincidence that Facebook, Google, Microsoft, Twitter, Airbnb and PayPal (to name a few) decided to locate their European headquarters in Dublin. The reason they did is that Ireland has a corporate tax rate of only 12.5 per cent.

The losers of this race to the bottom between countries is society. With each country vying to entice corporations, governments do not collect as much tax as they otherwise would if they did not feel obliged to offer corporations low tax rates.

This further demonstrates that a system of nation-states is not fit for purpose in governing companies that are global in scale.

Rather than analysing the landscape we live in and adapting based on what is necessary to solve global challenges, we continue to persist with autonomous nation-states because we know no different.

In a world with global challenges, cooperation is the only way humanity can thrive. If we continue following the same outdated modes of governance, we’ll continue getting the same results — policies that reflect the self-interests of countries.

Global challenges require a new way of doing things. A one-world government would offer a solution because its self-interest would be the whole of humanity.

A one-world government could focus on regulating and forming policies on the macro level. Such as informing policy to deal with the climate crisis and creating a flat corporate tax rate, so corporations can’t take advantage of low taxation rates.

It could also provide a legal framework affording people with the same fundamental human rights. While directing investment towards appropriate markets, allowing each person to meet basic needs. The list goes on.

Rather than working within the confines of compromise to meet each country’s self-interested needs, a one-world government would be able to develop policies that are appropriate to solve global challenges. And work in the interests of humanity as a whole.

The elephant in the room is that it’s all good and well saying a one-world government could solve current challenges. The reality is that nation-states have a deep sense of identity and autonomy. Countries would never willingly agree to give up their sovereignty to be governed by a one-world government. And so, we will continue to pursue a flawed course of action.

Suppose nation-states do fail to deal with the global challenges they’re not set up to deal with. In that scenario, humanity may become overwhelmed by the environmental changes that will become more aggressive as we progress into the twenty-first century.

What seems inevitable is how we do things now can’t be sustained. Things will change as the climate crisis becomes more aggressive. Because as it does, it will bring instability and the possibility of the current structure breaking down.

If civilisation does break down, anything is possible. Given how connected the world has become, it would not be out of the realms of possibility for a centralised one-world government to be formed. One that is structured to deal with global challenges and carry out an effective response to the problems we face.

How Republicans Turned Socialist to Save America from Disaster

In moments of crisis, neoliberalism unravels and socialist policies come to prominence