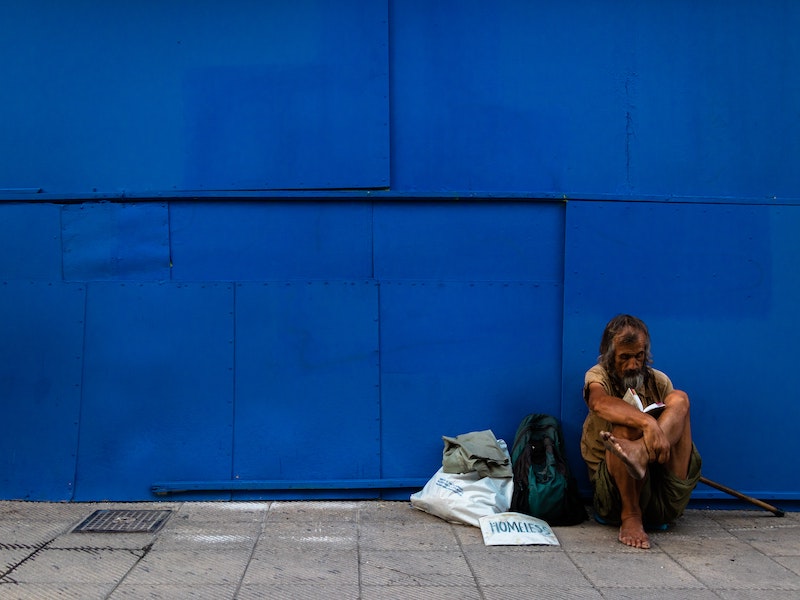 Charities make the world a better place. Without them, the people and causes they support would be helpless, left to suffer and without a lifeline. The UK alone has 168,000 registered charities. That number shows there are many social problems, and those problems would be all the worse without the charity sector.

The thing about the charity sector though is that charities are not designed to solve the underlying problems they support. Their focus is on relieving the symptoms of problems.

Charities have been around since the nineteenth century. So the current state of affairs often goes unquestioned because we’re so used to a social system where charities solve social problems.

When you consider a key mandate of a government is to ensure all citizens can live fulfilling lives, if a charity exists to support a section of society, that hints at the fact there is a social need the government is neglecting to support.

What the government is essentially saying (without saying it) is that a section of society is not considered worthy of the government’s attention.

The uncomfortable reality we need to consider is what would happen if the charity supporting a social problem didn’t exist? You imagine the people who desperately need support would suffer, having no support network to rely on.

Surely the government’s function is to solve all social problems, not the ones they consider most important? The bottom line is that a government prioritises what they believe society thinks is important.

Left out to dry

Let’s take homelessness as an example. Shelter (a charity helping to support the homeless) estimate there were 280,000 homeless people living in the UK in 2019.

Homelessness is a social failure, yet because we live in a time where the individual is king, and everyone is considered responsible for their own destiny, society’s attitude to homeless people is that it is the individual’s fault for getting themselves in the situation.

If the government focused on solving the homeless crisis, it wouldn’t go down well with voters. That’s why they leave it for the charity sector to deal with.

Without solving the root causes of homelessness and making sure people have the appropriate support from the welfare state to ensure they do not end up on the streets, homelessness will remain a reality. And homeless charities like Shelter will never close their doors because there will always be homeless people walking through them.

If governments cared about all social problems, they would provide the necessary funding and create policies to solve them.

It has to be said that not every social problem can be ‘solved’. Many diseases, such as cancer, require ongoing funding to find a cure.

But the government can solve a social issue like homelessness. That it persists is not the individual’s fault; it exists because the homeless are not offered the necessary support from the welfare state.

While charities provide a vital social service, they have to raise revenue through fundraising. Charities rely on the goodwill of society to provide the funds to help them support the social cause.

An issue is that because the sector is so heavily reliant on fundraising, if the charity does not meet its fundraising target, it creates a shortfall in its budget.

The Coronavirus pandemic has dramatically impacted the ability of UK charities to raise funds in traditional ways, leaving them with a £500 million shortfall.

If the charity can’t raise the appropriate funds, they won’t be able to provide the proper support for those in need, who will end up suffering.

The fact charities have to rely on the goodwill of the general public in the first place should be questioned. People donate willingly, of course, out of the kindness of their hearts.

But from a different perspective, if a charity is helping to solve a social problem the government feels is outside of its remit, fundraising is a subversive tax. Not everyone gives, but those who do are essentially paying a tax to support sections of society who receive no support from the government.

In supporting vulnerable sections of society, charities do the government’s job for them. The least the government could do is to set up a structure to ensure that all charities receive appropriate funding.

The charity sector has become so embedded in our society; it goes unquestioned. But there are some fundamental problems with how the sector is arranged.

If the government introduced a charity tax, charities would no longer need to expend so much energy on fundraising. The charity would have secure funding and could direct its focus entirely on what matters, supporting the issue they exist to support.

The reality is that the government benefits from things as they are now. The charity sector employs nearly a million people in the UK and generates over £18 billion for the UK economy.

It is a massive sector, so the inconvenient truth from the governments perspective is, first, what is the government’s incentive to shake things up and change anything about the sector? Second, what is their motivation to solve the underlying causes of social issues?

In solving the underlying problems charities support, you would also get rid of the sector which would be undesirable as it would get rid of jobs within the sector, and the large chunk of revenue the sector creates for the economy.

In many respects, the charity sector is emblematic of broader problems. As a society, we focus on relieving the symptoms of problems rather than focusing on the underlying cause. Because by solving underlying issues, you create an altogether different problem. What to do with all the people whose attention was focused on solving the problem in the first place?

Just because the charity sector has been around for so long does not mean it should not be questioned. The way we do things is counterproductive, yet it continues to go unquestioned because it suits the government for the sector to remain as it is. As long as it goes unquestioned, the government will continue to rely on the charity sector to solve social problems, and the underlying problems will persist.