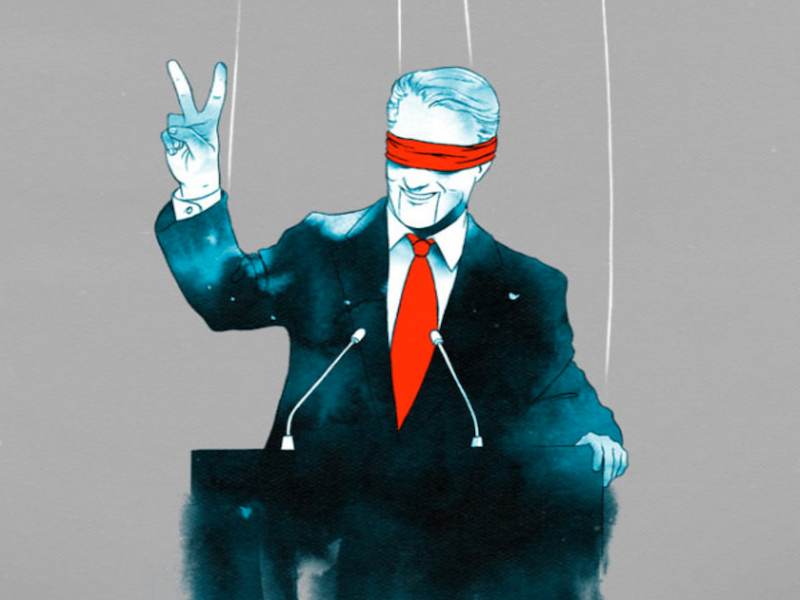 There was a time when politics mattered, when who you voted for did change the direction a country went in. Clement Attlee’s victory for the Labour Party in the 1945 post-WWII general election is a case in point. The Labour Party created the National Health Service, and with it, universal free health care became a right. That the government implemented this radical change during recovery from the bitter struggle of WWII was a magnificent achievement.

Today, the idea a government would nationalise any sector (let alone a health service) is unthinkable. And it is that fact which best reflects the state of politics not only in Britain but in most western industrial democracies.

Politics has been well and truly neutered. The reason why it happened can be summed up in one word; neoliberalism.

Neoliberalism is all about less regulation of business. Lower taxes, smaller government (and with it a smaller welfare state), and increased privatisation of public services are classic neoliberal policies. The result is that wealth filters up to the rich, and it provides big business with a platform to make huge profits.

The neutering of politics is just the way big business and supporters of neoliberalism want it.

Now, the function of politicians is to maintain the current economic landscape so that big business can operate with little regulation from the government.

The politician has become a puppet whose only job is to provide society with the illusion that they hold power and make changes. Their job is to be charismatic and likeable (they don’t even need to do that), but they have no substance.

Their function is to give the allure that democracy is alive and well. The reality is their role is to act as a mouthpiece for big business while maintaining the veneer that we still live in democratic countries.

Big business is the puppet master. They pull the strings because the system of neoliberalism gives them free rein to make profits. The last thing they want is some snoopy politician nosing around in what they know best — running a business. From their perspective, the business of business should be left to business people, no need for politicians to meddle.

The politics of ideology may have died a tragic death, but the politician still plays a vital role. Politics is still the bastion of democracy which is held up as the pinnacle of civilisation.

As society continues to vote, the elite may argue that we are the ones that choose neoliberalism every time. But when you have no other choice, and when you do not even know you are voting for an ideology, it’s hardly a vote of confidence.

There was a time in the UK where there was a clear divide between the two major parties. The Conservative Party were upholders of tradition who believed in the power of the individual, reducing taxes and a deregulated markets. On the other side was the Labour Party — a socialist party that believed in the power of the welfare state, higher taxes on the wealthy, and a regulated market.

The only difference now seems to be the colour of the political party. You may as well vote for your favourite colour because you’ll be hard pushed to find major policy differences.

The fact of the matter is that while we are provided with a vote, nothing changes when a new political party come into power for the simple fact that neoliberalism has become such a dominant ideology.

A new government may make some minor changes to policy, but the only changes they make to the economy would be to further the neoliberal agenda. That’s why the Conservatives seem so intent on privatising the NHS — apparently, it will work far better if it’s run by private companies at a profit and people have to pay for the luxury of having health care.

Cut off any threat

Jeremy Corbyn, the last Labour Party leader, did represent someone who wanted to make fundamental changes. Corbyn wanted to take Labour back to the roots on which the party was founded, socialism. And big business and the elite hated it.

And it was for that exact reason that the British press criticised him ferociously.

Had Corbyn been elected, it would have threatened the dominance that neoliberalism has within a country that has been such a passionate supporter of the ideology ever since Margaret thatcher thrust it onto Britain in the late 1970s.

When there is a risk that a politician could change the status quo, the elite pull out all the stops to make the person appear unelectable to the electorate.

They brought out one of the political puppets, Tony Blair, to declare how disastrous it would be if Corbyn led the Labour party. This was a decisive move, as Tony Blair had led the Labour Party for so long, and so many people trusted his judgement. His vote of no confidence was a damning blow to Jeremy Corbyn as Tony Blair has credibility amongst lots of Labour supporters and swing voters.

It’s a similar story in the US with Bernie Sanders. Sanders represents change and a threat to the dominance of neoliberalism. It is for that exact reason, the fact he cares more about society than big business, that he will never run for president in America. Politics has been overrun and corrupted by big business, and so if you don’t play their game, you won’t get their support.

What can be done?

It was Tony Blair who killed the Labour party in Britain. He led them to embrace neoliberalism. ‘New’ Labour as they rebranded themselves was essentially to renounce the socialist platform the party was built on. It was to sever the political roots of the party that gave them their identity.

When asked what her greatest political achievement was, Thatcher replied, “New Labour”. What she meant was that Labour giving up their socialist ideals brought an end of ideology to politics in Britain. It forced Labour to embrace neoliberal principles rather than the socialist principles that had created the party in the first place.

Her greatest victory was the end of ideology in Britain. The destruction of socialism and the predominance of neoliberalism she had kickstarted in the late 1970s.

Today, the greatest thing people could do would be to refuse their vote or spoil their paper at elections. That would be a sign that people are starting to realise our democracy is a shell of what it once was.

And people are starting to cotton on to the fact there is no real vote. That’s why in lots of democracies, the largest voting group in society is those who choose not to vote at all.