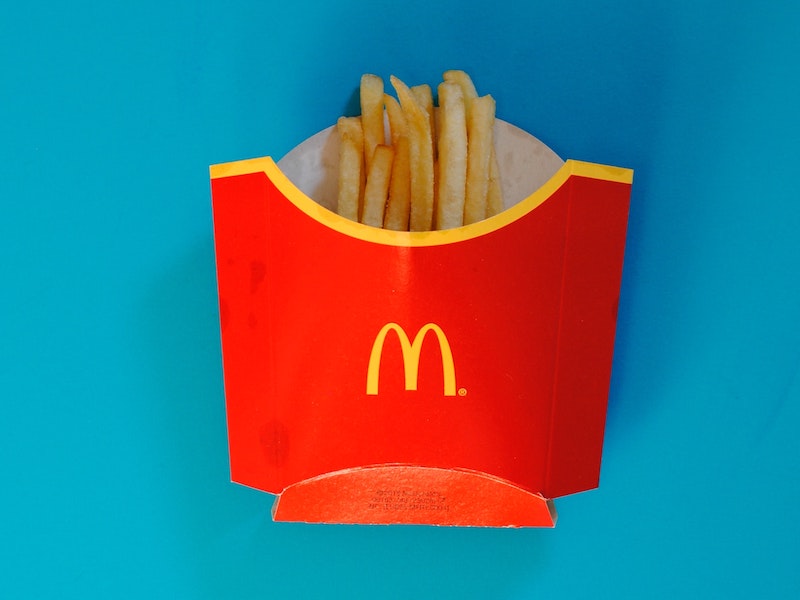 Anywhere you find a McDonald’s, you can be sure the menu looks the same, the restaurant smells the same, the food tastes the same, the atmosphere feels the same. It’s that consistency that makes McDonald’s so famous and why it’s located in an incredible 118 countries. It may sound bizarre, but as well as being one of the most famous brands in the world, those golden arches offer an unexpected solution to world peace.

It seems to be a stretch, lest we forget it is just a fast-food restaurant. And it seems unlikely McDonald’s will be in the running for the Nobel Peace Prize any time soon.

Yet, as ludicrous as it seems, a country opening a McDonald’s restaurant is a symbol of far more than just a Big Mac and fries. It is a symbol of the country embracing the free market and everything else that goes with it.

Thomas Friedman stumbled upon a weird fact about McDonald’s. That is, no two countries that both have McDonald’s have fought a war against each other since they got a McDonald’s. He calls it the “The Golden Arches Theory of Conflict Prevention.”

As Friedman puts it:

“When a country reached the level of economic development where it had a middle class big enough to support a McDonald’s network, it became a McDonald’s country. And people in McDonald’s countries didn’t like to fight wars anymore, they preferred to wait in line for burgers. (Thomas L. Friedman. 1999. The Lexus and the Olive Tree, p. 250).

A symbol of globalisation

Doing so and embracing the western economic model is great for the country because foreign investment becomes readily available, creating social and economic development opportunities.

It’s also great for multinationals who can take advantage of a new market, helping to increase revenues. Everyone wins when a country joins the world economy.

Once you open your borders and embrace the western economic model, your country becomes connected to every other country embracing the western model. Like a giant web, for this globalised system to work, each country must cooperate. The web wouldn’t work if members of the club started fighting.

It is mutually beneficial for all countries to be at peace.

If countries being united economically creates peace, isn’t that a good thing? Absolutely. But joining the club comes at a cost. You must give up individual freedoms and run your country how free-market capitalists say you should run it. You must have in place certain institutions and rules that allow the club members to waltz into your country and set up camp.

The cost of having one ideology, one club, that you are either part of or not is that your hands are tied. You have to give up any other way of managing society; it creates a homogenised economy where freedom of thought and expression get sucked through the capitalist vortex.

And the greatest danger of “The Golden Arches Theory of Conflict Prevention” is that these connections only give a veneer of ‘peace.’ While countries in the club cooperate, the rules they have in place mean they do not cooperate with the environment. We may well have peace between nations, but we are in a full-blown war with the natural world.

The rules of the game that each country and company embrace mean that the economy is considered far more important than the environment we depend on for life itself.

The goal of all companies is to maximise profits. Profit is the bottom line, the modus operandi of business operations. Meaning if profit comes at the cost of environmental destruction, that’s a price worth paying.

Destroying the environment is the big deal

One price worth paying (it seems) is carbon emissions into the atmosphere. It is those carbon emissions that have resulted in global warming. We are now facing the terrifying reality of 4 degrees of warming within a few decades.

In a world that is 4 degrees warmer, the environmental conditions we take for granted and that have allowed civilisation to flourish will break down. The world will become a hostile place.

Entire regions of the world will become inhospitable as extreme heat sucks the life out of the land. The UN estimates there could be as many as 200 million climate migrants by 2050 as a result of changes triggered by global warming.

Humanity is walking into a crisis of unimaginable proportions.

The key question to consider is, will the “The Golden Arches Theory of Conflict Prevention” be maintained in that environment?

Not so friendly now

While countries are buddy-buddy on the surface, ultimately, the web only works because each country seeks to gain from being part of the web.

At the heart of the web is the self-interest of individual countries. The harmony created is due to the fact everyone gains from being part of the web.

Once the scale of the climate crisis becomes clear, each country will be desperately fire fighting, running to put out one fire after another as environmental changes transform the world around us.

The risk with global changes such as climate change is that nation-states will become protectionist. They will close their borders and start looking after number one. In the panic caused by the monumental scale of the changes, rather than seeking to cooperate, countries may turn in on themselves, viewing a strategy of protectionism as the best way to protect citizens.

The contradiction then is that while building McDonald’s is a symbol of a country having joined the club; this club is undermining our long-term ability to thrive on Earth. And so, the symbol of connection and peace is, in fact, a symbol of destruction. We may not go to war with one another, but the ideology each country embraces means we have declared war with the natural world, which is in effect to declare war against ourselves.

The saying ‘don’t bite the hand that feeds you’ springs to mind, because as a global community, we’re taking chunks out of the environment that we depend on for everything that sustains us.

But, the threat of civilisation breaking down is for another day. For now, we can rest easy at the fine job McDonald’s is doing as an unlikely peacemaker.