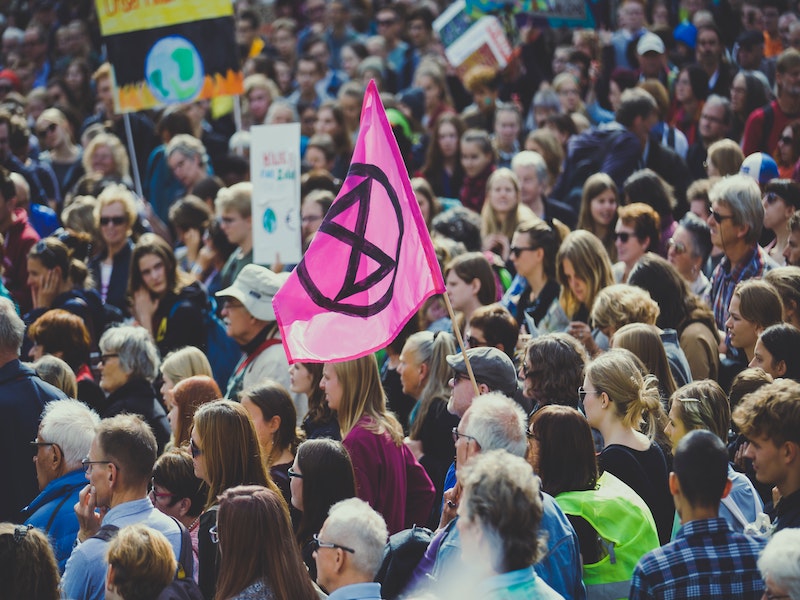 The poor have little time to be concerned about the environment. Their thoughts and actions are focused on providing for their basic needs. Life for the middle class is very different. With needs easily met, the middle-class has the luxury to think about aspects outside of their own day to day needs. Environmentalism is a Western movement inspired on the whole by white middle-class people.

The irony is that those very same white middle-class people are a symbol of how we got ourselves into this mess in the first place.

Middle-class people have disposable income. As well as living comfortably to the point where they can focus their efforts on protecting the environment, they can also spend money on enjoying life. There was a time when to be middle-class was to jet off on holiday a few times a year, was to own two cars and live a life of comfort.

Today, more than the consumer items people can buy, being middle-class is having a certain mindset and feeling entitled to a certain way of life. Invariably that way of life is created by a carbon-intensive lifestyle. It is a middle-class consumer-centric lifestyle that lies at the heart of the problem we are facing.

The solution to the problem must be an omission that the middle class need to give up the lifestyles that are making the problem worse.

It must be said that I feel privileged, I don’t really want to give up the lifestyle I currently live, yet I know there is little choice in the matter. It’s either we blindly continue as we are and face a terrible future, or we adapt and mitigate the worst impacts of the climate crisis. That can only be done if we reduce the energy intensity of our lifestyles.

As lots of people believe they are entitled to the life they live, they will not be prepared to make any such sacrifices.

A change of perspective

That’s not the only problem — the way environmentalists talk about the problem is always focused on carbon emissions. A common attitude is that solving the climate crisis means reducing carbon emissions. And many people focus efforts on reducing their own carbon footprint so their individual impact is lessened. The idea is that if everyone does the same it will have a significant impact.

This argument is western-centric; it only focuses on the parts of the problem we care about because these are the parts that will impact us. No one mentions the social crisis that must be overcome if we are to create a sustainable society that works within the limits of nature.

An inconvenient truth is that solving the social crisis is interwoven with why middle-class white people need to reign in their lifestyles.

Well, the roadmap for developing countries to become wealthier is to follow a path well-tread by industrial countries. Industrialisation and economic growth bring more wealth, but they also result in more emissions.

An effect of countries becoming wealthier is that more and more people start to have higher incomes and join the global middle class. They are free from living a constant battle to meet their basic needs. As soon as they have disposable income, they want to start buying consumer products. They want to live a life celebrated by the West. The issue is that as they do, it makes the problem we are facing worse because with more consumers we need more energy which creates more emissions.

But who are we to tell them not to live their lives a certain way? After all, it is a western conception of the ‘good life’ that they are following. White middle-class people have the luxury of focusing on saving humanity because they are in a position of privilege. They have always lived comfortable lives. They were born into that reality — and feel it is their right.

A danger with environmentalism, then, is it becomes a game of finger-pointing. That person uses single-use plastic, that person doesn’t recycle, that person flies! The monsters.

Rather than eco-warriors, you end up having eco-fascists. Everyone else is the problem, except them. The irony is they either live how they do because they are a product of privilege and have always had their needs easily met. Or, they hide what they really do while blaming everyone else for behaving as they behave.

The hypocrisy is maddening. If each person accepted that we are all born into this reality, we are either victims of it, or it has provided us with a platform to lead great lives. It’s easy to take that for granted, so people need to jump off their finger-pointing ivory tower as if they have ascended to environmental nirvana.

You’re not better than anyone else for being vegan, or for not driving a car, or not flying in planes, or not using single-use plastic. Good for you if that makes you feel better about yourself. But, that individual action is meaningless when the collective will continue to conform to an ideology that makes the problem worse.

I’m not saying white middle-class people shouldn’t care for the environment, but the finger-pointing needs to stop. Because if they want to point fingers, the first people they should do it to is themselves. There seems to be a narrative that some people are somehow more deserving of a certain lifestyle than others.

The point I am getting at is no one is to blame for the situation we find ourselves in. We were all born into the problem. No one has intentionally designed the economic system to undermine the environment. The driving force behind the economy is to create social progress. Unfortunately, while we have had incredible progress, that progress has come at a destructive cost to the environment.

The most beautiful of ironies is that it is white middle-class people who are very likely to be the ones who would be far more resistant to giving up the lifestyle they have always had than anyone else. After all, it’s their right; they were born into it. People in developing countries who are getting wealthier have no right to want the same lifestyles we enjoy. They should know their place.

The only thing that can change the current status quo is transformative social and economic change. What is often neglected is that we all have something to lose in the transformation of society and the economy towards a sustainable path. The issue is, are the middle class willing to sacrifice their lifestyles to support the development of the poor and relieve the damage being done to the environment?

Nothing suggests that we are on course for some act of benevolent generosity from the West, and so it should be about time that the white middle-class stop pointing fingers. Reflect on the fact that you win in this whole affair. If everyone stopped pointing fingers and started thinking about a collective vision of the future, we just might be able to work towards a solution to the crisis we face. Unfortunately, that doesn’t look like it will happen anytime soon — so the finger-pointing and blame game will continue in earnest.

Has the Idea of Polar Bears Becoming Extinct Done More Harm Than Good?