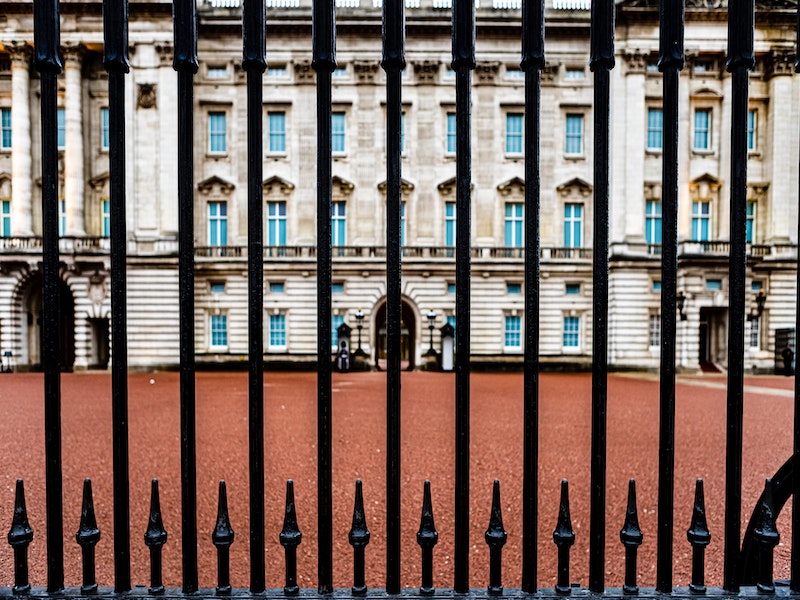 The Euros was meant to unite a nation. But the fallout from England’s Euro defeat, where black players were victims of racist vitriol, brought England’s dark underbelly floating to the surface. Underlying the facade that England is a tolerant nation that celebrates diversity and welcomes different cultures with open arms is a country divided by those who believe themselves more ‘worthy’ than others.

It wouldn’t be out of place to hear one of these bottom of the barrel racists claim:

Neither of these statements makes any sense, but it’s like their patriotism and undying love for the country is an achievement in itself. On their deathbed, they can reminisce proudly about how they loved their country. Forget about the fact they were racist and hated many people from their own country. They can die content at just how well they did at loving the land they were born into.

The tens of thousands of racists (you suspect it is more than this) that adorn this country seem to have a superiority complex. As if they are more entitled to be here simply because they are better qualified. Now the criteria they set for who is allowed to be English and who isn’t isn’t entirely clear. What is clear, though, is they set the criteria — it’s their right to as they love the country so damn much.

A system of privilege

England’s problems are more deep-rooted than a country divided by race. Day to day, it doesn’t feel divided in the same way that America so graphically is.

A country divided is reinforced by a monarchy brought up within a privileged order — different and separate from the rest of the country.

Britain has a royal family that is essentially a privileged club that only those born into it can join. The same goes for the aristocracy who have inherited wealth and privilege, not through merit, but by birth.

A sense of entitlement seeps through the Conservative Party. They walk as if they wear it like a badge of honour.

Privately educated millionaires, brought up destined to rule over the masses. They believe themselves to be better than the rest of society, and that attitude seeps through society.

The recent Sewell Report on Race and Ethnic Disparities caused outrage upon its publication by claiming institutional racism doesn’t exist in the UK. A claim that various charities have criticised as being “deeply troubling” and “disturbing”.

If the UK is not institutionally racist, it would take a brave soul to argue it doesn’t have a problem with racism. The fallout from the Euros saw to that.

Not such a classless society

The contradiction that no one seems to want to talk about is that the idea Britain has a classless, meritocratic society based around equality of opportunity for all is a pipedream. This is a system predicated on privilege. Inequality of opportunity is by design. If institutional racism doesn’t exist — as the Sewell Report boldly claims — privilege certainly does.

And it is the impact of a system based on privilege that has such a toxic influence on the rest of society.

For the racists, they believe themselves more superior and deserving to be here. It’s almost as if that fact in itself means they are justified in saying whatever they want to those who are ‘un-English’, or somehow less entitled than they are.

Racism is an effect of a social system where some believe themselves to be better than others. More deserving and entitled to enjoy the fruits of a country simply because they go back generations, and the look and sound ‘English’.

But in a diverse country, what does it mean to be English? For me, it certainly isn’t being white and having ‘English’ blood. It doesn’t mean having a three lions tattoo on your arm.

It is everything these racists are not.

These racists believe themselves to be more English than English, but they do not represent the values of this country. They are less than English. They are the vermin we would all be far better off without — they are the un-English.

Diversity is a strength

It leads to a thriving society bursting with creativity, culture and innovation. Imagine if everyone looked the same, dressed the same, sounded the same; how boring would life be? You suspect the people that would hate it the most would be those sad, bitter souls who are rotten to the core because they would have no one who they could vent their total lack of self-worth at.

But saying racism is wrong is obvious. What is not so obvious is how to prevent this plague from spreading. Racism gets handed down from one generation to the next; it is taught through our socialisation. To stop it, we need to teach children to be tolerant, accept differences, and understand they are better off in a diverse nation.

But the problem begins at the top of society.

That’s why so many Conservative MP’s disagreed with footballers taking the knee. How dare they stand up to being abused? What would the MP’s who (now embarrassingly) questioned the England team for standing up against racism have them do? Just accept that it’s okay? Just carry on and put on a brave face?

It’s not ok. They should not have to deal with these attacks.

The Conservatives are certainly not going to ‘solve’ the problem because they symbolise the problem. They are part of the establishment, and they filter the idea that some are better than others through society. That we are different, and some people are privileged and better than others.

Only when the establishment, which is so entrenched in British culture, is removed, can a deep-rooted system of intolerance ever be gotten rid of. That can only happen through a radical transformation of society, where privilege is destroyed, and a society that embraces egalitarianism is embedded within the constitution. Only then, when a culture of entitlement is dashed against the wall, can we ever hope that the dark underbelly sinks to the bottom of the sea, where it belongs.

Billionaires are Just as Trapped in the Rat Race as Everyone