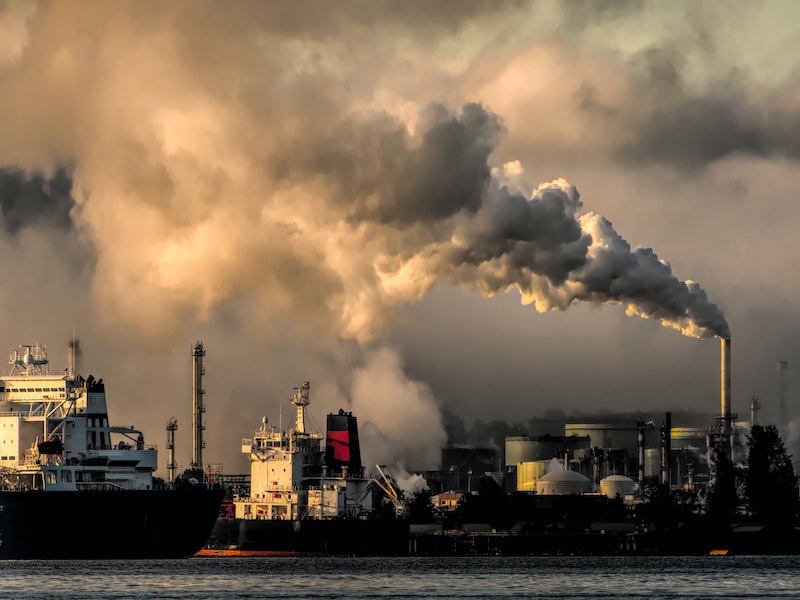 Every COP meeting on climate change seems to be a tragic repeat no one wants to watch. The initial hope that this time will be different ends with disappointment. Since COP26 ended, the UN secretary-general has admitted the deal agreed upon is not adequate. The tragedy continues. And so long as governments refuse to acknowledge the need to regulate the economy properly, COP meetings will continue being a waste of time.

While governments squabbled into the late hours over emissions targets at COP26, the elephant in the room suffocating the delegates is that the problem is the economy, stupid.

The economy is the epicentre of society. Everything revolves around it, so how the global economy functions is one of, if not the central piece of the climate crisis jigsaw.

But governments seem resistant to introduce regulation. Seemingly they are happy to meet every few years to talk at COP meetings that never get us anywhere. All the while, humanity is veering ever closer to catastrophe.

What’s going on? Why is there such resistance when the free market plays such a crucial role in determining our future destiny?

The resistance is due to the underlying ideas and beliefs surrounding how free markets should be organised.

A fundamental belief governing free market economies is the idea is that markets are self-regulating. The thing managing markets are prices and prices alone. And Prices are determined by the mechanism of supply and demand.

Market fundamentalists argue that when left to self regulate, free markets lead to efficient outcomes. What creates inefficiencies is meddling governments who seek to regulate or intervene in the market.

From the perspective of market fundamentalists, governments should exist to defend the peace and protect property rights.

The argument is that markets work so well if left to their own accord that they don’t need to be controlled, hence a ‘free’ market. In theory, free markets should self-correct. Regulation only works to interfere with the self-correcting ability of a market economy.

The not so free market

There are several sticking points to the beliefs spouted by market fundamentalists.

The first is that the market has never been free.

The self-regulating free market is a fallacy; governments always have and always will play a major role in regulating markets.

An example of government intervention is that in 2015 alone, oil companies received $5.3 trillion of subsidies from governments worldwide. Subsidies distort prices, meaning the price of oil is artificially low.

The brilliant irony is that if the market were really free, the transition towards a green economy would be far more advanced because the price of oil would not be as competitive as it is at present.

The idea that markets work best without intervention is a convenient myth held up by those who benefit from that myth.

It’s all about the profit

As well as not being free, there is this small matter of markets not being so good at self-correcting.

If the market is so good at correcting itself, why do carbon emissions continue to increase? And what’s the point of governments having so many COP talks?

Clearly, there is a place for governments within society. If the market was solving the climate crisis by itself, then governments could put their feet up and watch as the magnificence of the market economy solves all problems in its wake.

What has been clear for some time is that the market is unable to solve the greatest market failure there has ever been, or will ever be. Carbon emissions are an undesired consequence of doing business. Everyone would much rather generate profits and increase revenues without having emissions. But emissions are interconnected with the way our economy functions and the lifestyles that everyone now comes to see as an expectation.

The reason emissions keep on increasing is because the goal of companies is to maximise profits and grow. Economic growth is the aim of all companies and the underlying goal of the economy as a whole.

This fact ties in with another reason regulation is so crucial to solving the climate crisis. Companies in the market are not driven by creating positive social outcomes.

The goal of all companies in the market economy is to maximise profits. That’s how we’ve reached this situation in the first place. Maximising profits has led to terrible environmental and social costs. But because companies have only ever cared about maximising profits, any cost of doing business is externalised.

Governments do have the power

Here we get to the crux of the reason why governments squabble over targets that aren’t sufficient while refusing to contemplate properly regulating the market.

It’s all about profit margins.

But any talk of a carbon tax has market fundamentalists up in arms — furious at governments and their meddling ways.

The real reason they would be furious, though, is that if a carbon tax were implemented, it would be the death knell of the fossil fuel industry. If prices influence demand, then demand for fossil fuels would plummet if the price in the market was an accurate reflection of the terrible cost fossil fuels create.

The largest five stock market listed oil and gas companies spend $200 million a year lobbying governments to control or block policies that seek to tackle the climate crisis. So much for the free market.

The bottom line is that the beliefs propping up the market benefit the elite who have become rich beyond their wildest dreams due to how markets are currently organised.

While the market is clearly not free, that belief benefits the elite, who continue to profit from the illusion that free markets create efficient social outcomes.

A market economy is unquestionably one of our most powerful inventions. But without proper regulation, it is leading to social collapse.

As things stand, if governments introduce regulation that makes sure markets create positive social and environmental outcomes, emissions will continue to increase.

The only way to solve the climate crisis is to get rid of the fallacy that markets work best when there is no government intervention. If that myth persists, then the market will destroy the environment we depend on for our existence. In that scenario, profit margins won’t seem so important.