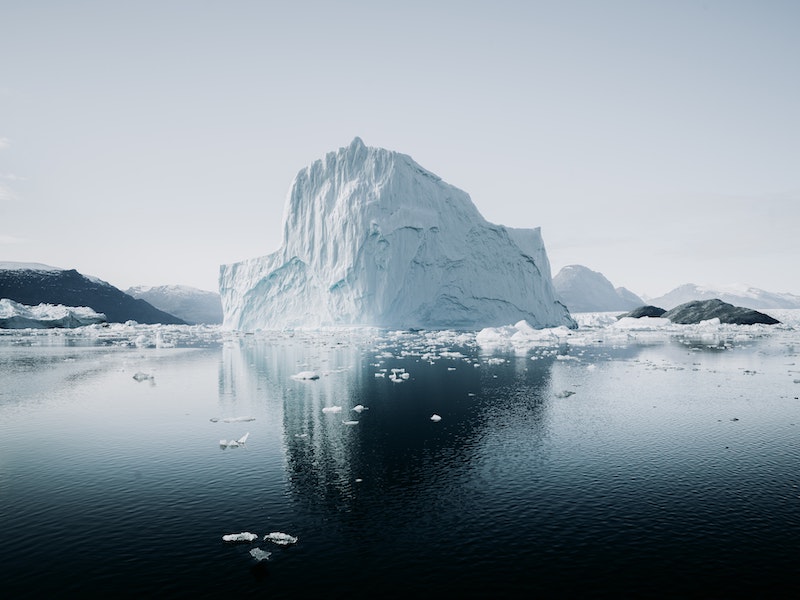 What would be the most terrifying thing you would never want to see? Maybe an army of the dead, how about a masked serial killer, or perhaps a melting ice sheet? The ice sheet doesn’t quite evoke the same feelings of terror. And yet, no matter how deranged or terrifying the character in a horror film, nothing comes close to being as terrifying as the climate crisis.

The idea that the changes we’re making to the climate could create an apocalyptic future receives a roll of the eyes from many. It seems that, as with many characters from horror films, some things have to be seen to be believed.

Only, changes to the climate are not fantasy at all. And the changes we are inducing are far worse than the threat created by any fantasy horror character. What makes the threat so terrifying? The answer is simple: time. Or rather our inability to deal with changes that happen over long periods of time.

We know from the geological record that the Earth’s climate has radically changed over its long life.

On top of this, behaviour is not driven by speculation about how things could be in decades or hundreds of years. People are focused far more on that bill that needs paying or the leak that needs fixing.

An ice sheet melting all the way in the South Pole just isn’t going to make that list of priorities. To make it worse an ice sheet melting is a vast problem, but as it is out of sight, it remains out of mind. And even if you are aware that an ice sheet in Antarctica is melting, the effects are still not being felt.

A catastrophe in the making

Our perception of time then is a major problem in dealing with the crisis.

Yet, as the geological record shows the climate is not some static system that remains the same. Different compositions of greenhouse gases can radically shift the Earth’s climate by inducing tipping points.

A tipping point is when a small change creates a domino effect that leads to dramatic, irreversible changes. A melting ice sheet leading to a shift in the Earth’s climate is an example of a potential tipping point.

A prime example of the fact things haven’t always been as they are now is the fact that Antarctica used to be a tropical paradise. 34 million years ago it was ice-free, and the oceans were 60 metres higher than they are today.

Industrialisation triggered a period of never before seen social progress. That social progress has led to lifestyles that require massive inputs of energy. A recent report suggests 84% of global energy needs still come from fossil fuels.

Fossil fuels emit greenhouse gases that are changing the climatic conditions that have allowed humanity to thrive. The more greenhouse gases we emit, the more likely we are to induce a tipping point that could create alarming changes to the climate. And the situation is only getting worse because carbon emissions continue to increase.

So aggressive are the changes we are making, we now find ourselves at a point where human behaviour risks tipping the Antarctic ice sheet into collapse. If that happened the sea-level rise resulting from the ice sheet melting would be catastrophic to humanity.

But because these changes are happening over decades it’s hard for us to see them.

Adding to the problem of time is the human Achilles heel. We are terrible at dealing with problems before they become a problem.

The pandemic is a perfect example. Experts have been sounding the alarm for decades that it was only a matter of time before we would suffer a global pandemic. Yet even with those calls, no one did anything to prepare.

The risk was always deprioritised because it was always a potential risk, rather than an actual event that was causing immediate problems.

How could governments justify investing money in something that might happen, when they could invest money in things that were happening at the time?

When you factor in that political decisions are often driven by short-term political interests, it’s little wonder no government prioritised a pandemic that didn’t yet exist.

The result was that when the risk did become a reality, we were totally unprepared for a global pandemic.

It’s like the climate crisis today. While politicians talk about the urgency of the problem, the reality is they are far more focused on the short term — making sure they remain in power — than they are on a long-term problem that will not impact them staying in power in the short term.

The fact some people still deny the climate is changing makes it all the less likely that governments will have the full support of a population in making necessary changes to mitigate against the coming disaster.

To make matters worse, the climate goals that countries are pursuing aren’t sufficient, and even then, countries are failing to meet these targets. In effect, small changes are being made when the solution requires a wholesale transformation of how we do things.

It’s as if we’re building a two-foot wall to defend ourselves against an army that can step over it. The wall provides a comfort blanket, offering the illusion it is protecting us. But when the threat does appear, the wall will reveal itself for what it is; a completely useless defence.

There are countless examples of the human ability to solve problems once they occur. Look how brilliantly the world has reacted to a global pandemic we were totally unprepared for.

The worry with the climate crisis is that when it does feel like a crisis, it will be too late to do anything about it. We can’t turn back time or suck the carbon dioxide out of the atmosphere. And even if the latter option was viable, by that point tipping points will have been hit, creating a domino effect that would be impossible to stop. Once an ice sheet collapses, for example, that is it; you can’t stop it from melting.

In just a few decades, an eerie silence will envelop countless cities that have been abandoned due to flooding. Millions will suffer intolerable heatwaves. By 2050 over a billion people risk becoming climate refugees as entire regions of the world become uninhabitable. If that happens, it will create a humanitarian crisis of unimaginable proportions.

The climate crisis makes the scariest of horror films sound appealing because when faced with the consequences of our actions, they will be all-consuming. Once our real-world horror movie begins, we won’t be able to press the stop. We’ll have to deal with the apocalyptic conditions that will make Earth a living hell.

What’s the Problem With so Many Environmentalists Being White Middle-Class People?

The hypocrisy at the heart of the environmental movement is maddening