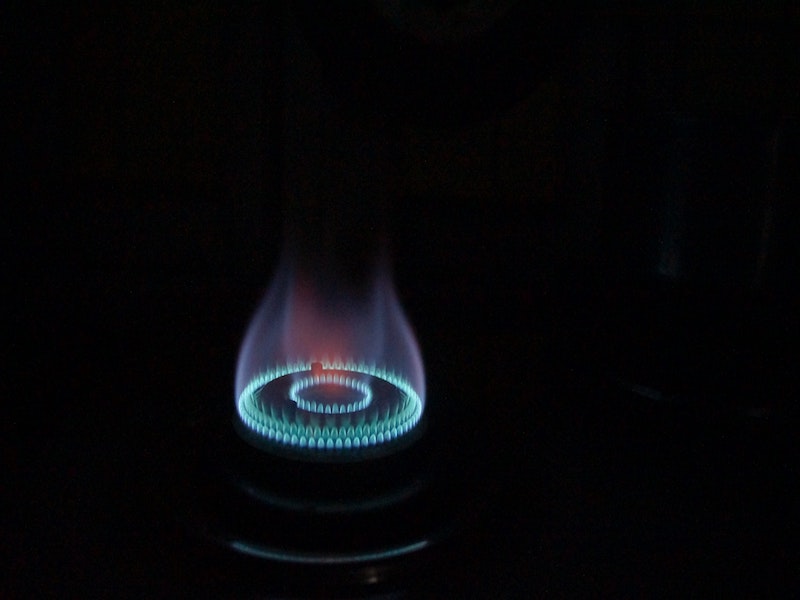 Nearly four million UK households are in fuel poverty, living in perpetual fear. Fear of putting the heating on. Fear of receiving a bill they can’t afford. And this is before OFGEM’s announcement that fuel prices will increase by a staggering £693 (54 per cent) from 1 April. As a result, millions more are set to plunge into fuel poverty over the coming months.

To get to the heart of the paradox, we need to go back to 1979, when Margaret Thatcher came to power. She did so determined to implement an ideology now known as neoliberalism.

This ideology argues the free market is far more efficient at delivering positive social outcomes than the government.

The less control the government has over the economy, the better it works. There is no need for government regulation in a market system organised around supply and demand.

The role of government should be to get rid of any policies or influence that might distort the smooth workings of the market system. Deregulation, lower taxes, privatisation, and cuts to the welfare state make for a much smaller government with far less influence on the market and individuals lives.

Believers in neoliberalism argue free markets will lead to better social outcomes for all sectors. This blind belief in privatisation centres on the argument that companies driven by the profit motive will manage sectors better than the government and lead to better outcomes for consumers. Ultimately, they will provide consumers with choices, and fierce competition between companies will drive prices down.

Thatcher’s unyielding faith in neoliberalism led to the privatisation of the energy sector in 1990. And since then, it has been governed by a competitive free market.

The argument that competition in a free market would decrease prices never materialised. Between 1996 and 2018, the price of electricity went up by about one-third in real terms, gas went up by just over half.

A factor in why prices have gone up is that suppliers don’t control the price they pay for energy.

Every supplier buys energy from the wholesale market. They do so by hedging; this is where a supplier will buy a certain amount of energy on the wholesale market at a given price. Each supplier has different hedging strategies that lead to differences in the price consumers pay.

Most suppliers offer fixed-rate deals; these tariffs usually run for a year or two. The benefit of these tariffs is that the supplier can hedge for the length of the contract. So, if you sign up for a one-year fixed-rate tariff, the supplier will have hedged and bought energy for a specific price for a certain number of customers.

Fixed tariffs don’t have a price cap, so they tend to be more expensive than variable-rate tariffs.

Every supplier offers a variable tariff, sometimes known as a ‘standard’ tariff. On variable tariffs, the price you pay can increase or decrease, providing the supplier gives thirty days notice of the change.

OFGEM regulates variable tariffs by setting a price cap. Without a cap, there would be no control over what suppliers can charge. And because private companies exist to maximise profits, not to maximise social value, there is a risk that without a price cap, prices would increase, leading to greater profits for suppliers but higher costs for consumers.

The price cap protects the millions of vulnerable citizens living in fuel poverty, whose situation would be a lot worse if not for this regulation.

If you think about it, though, the whole argument favouring privatisation is that markets drive prices down, not up. If markets delivered efficient social outcomes (as the neoliberal scrapbook claims), there would be no need for regulation protecting citizens from profit-seeking companies. The fact that there is a price cap signifies that free markets don’t always do what the theory suggests.

Here we get to the crux of the paradox. The government privatised the energy sector in 1990, so they have played an integral role in creating the conditions that have led to the current crisis, but they are not to blame for the massive rise in wholesale prices.

Prices on the wholesale market began to skyrocket in September 2021 due to fears of scarcity.

Here is where that price cap became a problem because the cap is set twice a year — once on 1 April and then again on 1 October. OFGEM calculates the cap based on the average price on the wholesale market over the last six month period.

The issue for suppliers is that the wholesale price exploded just before the price cap was set in October.

This is where suppliers hedging strategy and the tariffs they offer consumers became all-important.

The increase hasn’t been a problem for suppliers with lots of customers tied into fixed-rate tariffs, because the supplier would have bought the energy before the crisis set in.

But if suppliers had lots of (or all) of their customers on variable tariffs, it left them massively exposed. Many suppliers have found themselves buying energy at a far higher price than they are legally allowed to sell it for.

What has made the crisis worse is that prices spiked coming into winter when energy use peaks. Inevitably, with suppliers subsidising energy use, 25 energy suppliers went bust from October to December last year.

Usually, companies going bust in a market isn’t a bad thing. Innovation (and the fear of the consequences of not innovating) is a strength of markets. Companies in fierce competition with one another are constantly coming up with new ideas and innovations to stay ahead of the pack.

Failure to innovate or read the market correctly can result in companies going bust.

The energy market is different, though. Energy is a critical service that everyone needs. When an energy company goes bust, it’s not like a clothing or electronics company. While a few people may miss buying those products, and people will lose their jobs, society won’t be without an essential service that is key to meeting basic needs.

A time for change

This is the fundamental problem in the blind belief that free markets will always lead to better social outcomes. If companies in the energy market fail, the government must intervene because of the crucial importance of the service being provided.

On top of this, the energy crisis shows that markets only work when the surrounding ecosystem is healthy. There was no problem when the wholesale market was stable, but as soon as wholesale prices went up, the market fell to pieces.

How can markets only work when things are in their favour and break down when they aren’t? And if it is the case that governments have to intervene when things go wrong in critical sectors, then surely it is a sign that those sectors aren’t suitable for privatisation?

At present, wholesale prices are so high that people pay more for their energy regardless of whether the sector is private or national. But in a nationalised sector, the government could have far more control in managing the increases and supporting those who can’t afford their energy.

They could subsidise energy prices for the most vulnerable rather than offering a loan that won’t go close to covering the massive increase set to come into effect on 1 April.

Markets may lead to better outcomes within some sectors, but in the energy sector, they have led to inefficiencies, uncertainty, and ultimately many people unable to afford energy — the exact opposite of what was prophesied.

With people paying more than ever for energy and millions facing a year of uncertainty and fear of ever increasing costs, what will it take for the government to accept that the privatisation of the energy sector has failed?

Corporations have behaved monstrously in the past — how can this behaviour be changed?