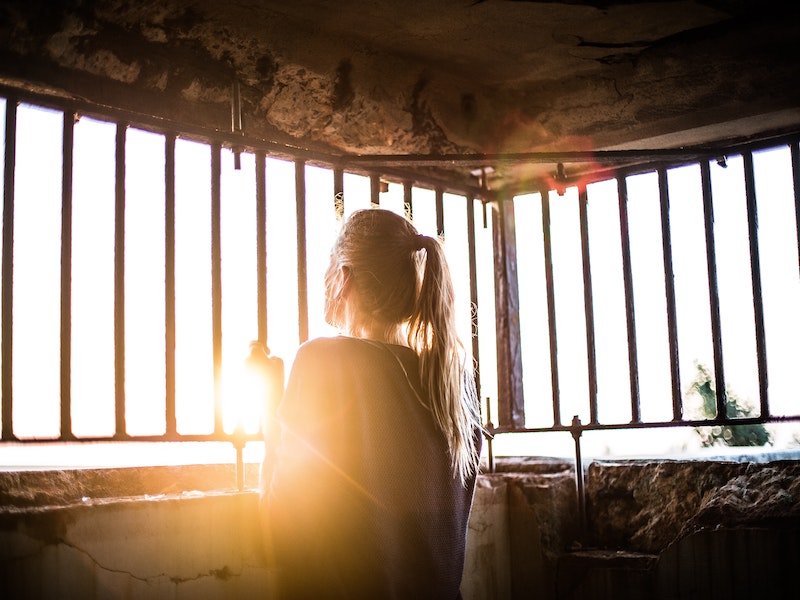 The capitalist cage of necessity; it’s nowhere, and yet it’s everywhere. You can’t hear, feel, or smell it, yet your life depends on it, and your behaviour is a product of it. The invisible iron bars of this all-consuming economic system drives our motivations and behaviour. The sum of all of these individual parts is that capitalism has created an ecological crisis pushing us towards social collapse. And while capitalism is eating itself alive, the cage of necessity means each person must unknowingly continue to help it do so.

Max Weber coined the term the ‘cage of necessity’ in his book The Protestant Work Ethic and the Spirit of Capitalism. In it, he argues;

The capitalist economy of the present-day is an immense cosmos into which the individual is born, and which presents itself to him, at least as an individual, as an unalterable order of things in which he must live. It forces the individual, in so far as he is involved in the system of market relationships, to conform to capitalist rules of action. The manufacturer who in the long run acts counter to these norms, will just as inevitably be eliminated from the economic scene as the worker who cannot or will not adapt himself to them will be thrown into the streets without a job.

The immense cosmos Weber refers to is the social construct that creates our reality. Reality is a construct that is defined by the dominant culture of that time and place. This means there is no such thing as the truth, only our truth based on how we have been brought up to see the world around us.

In modern society, we are born into a social system defined by capitalism as the dominant worldview. We all learn how to play by the rules of this system. Each individual is aware that to put food on the table, pay the bills and buy consumable goods, they must work for the owners of capital. Work might not be fun; it might be utter drudgery but what makes the cage of necessity so powerful is that you choose to work. You are free not to conform, but the alternative to conformity is homelessness and a life of suffering. Given the options, most choose conformity.

What makes the capitalist culture so distinctive is that a key to its success is its never-ending expansion. Economic growth is the ultimate goal of the economy, but for an economy to grow, it requires the increasing output of products and services sold in the market. The only way to increase output is to use more and more of the natural world as inputs to create all of the consumable goods and services.

The never-ending desire for more means we have begun exceeding environmental limits. As a result, we are placing the natural world under all kinds of pressure points that it’s unable to deal with.

One of these pressure points is the climate crisis. For the economy to keep on growing, it needs vast amounts of energy. As of 2019, 81% of our energy needs still came from energy-dense fossil fuels. And so, an unintended consequence of economic growth is emissions of greenhouse gases that have created the climate and are making the climate crisis worse.

The climate crisis is just one pressure point that risks pushing the natural world beyond tipping points. Once a tipping point is breached, it can lead to irreversible changes that risk flipping the Earth into a new, altogether different state.

We’ve been able to thrive and prosper due to the current environmental conditions. If the natural world changes, the conditions we need to thrive will change with it. And the new conditions could become far more hostile and potentially not conducive to providing the needs of eight billion people.

What’s clear is that we must adapt and transform the way we do things to ensure that eventuality doesn’t happen. The issue is the cage of necessity.

Each of us plays a role in ensuring this growth machine keeps on growing. What drives individual motivations is the same as the economy: the desire for more. Each of us is taught that social success hinges on having more money and possessions than everyone else.

We’re in a rat race where the goal is to be the richest. But even the richest amongst us must be driven by more because as soon as you are the richest, you need to keep doing what you’re doing to remain the richest.

It is a race with no end.

This is great news for our economic system because this hive of activity is key to continued economic growth. Economic growth has always been considered important because growth increases incomes, creating a rising tide that raises all boats.

Since the industrial revolution, economic growth has created incredible levels of social development and increased human well-being, now though the benefits of economic growth are increasingly questionable.

Free markets are not structured to make sure the goods and products in the market create positive social outcomes. Nor are they structured to distribute income throughout society. Since the 1980s, with the advent of neoliberalism, deregulation of markets means the players in the market have far more influence. An outcome of this is that the largest companies and richest individuals tend to rig the rules of the game in their favour.

Increasingly, the goal of economic growth is not social development but to increase the lavish wealth of the wealthiest people in the world. Their greed and desire for more has no end. It’s no coincidence that inequality has increased sharply since markets were deregulated.

For those who are aware that we work for the owners of capital who get rich off the backs of everyone else’s work, it is incredibly dispiriting and unmotivating. Even more despairing is that while more growth does not translate into increased well-being, it does translate into further environmental destruction.

But, underlying everything is that fear of not being able to pay the bills. The knowledge that we are all a few months away from homelessness if we don’t conform. And so we keep on working, keep on toiling, keep on feeding the beast that is eating itself alive.

On top of all this, while it’s clear a major transformation of society and the economy is needed, capitalism is a remarkably resilient system. This is why markets are so powerful and why capitalism has proven so remarkably successful in the long term. The profit motive and the desire for more means companies are continually innovating and coming up with new products that can be sold to consumers.

Capitalism’s strength in its adaptability will prove to be its undoing, though, because the more successful capitalism is at creating economic growth, the more it pushes environmental limits that risk tipping the environment into an altogether hostile state.

Our civilisation already far exceeds the carrying capacity of the Earth. We require 1.7 Earths to provide all of the goods and services in society as it is. But the compulsion to keep on growing means we’re set to keep pushing limits. The natural world can only be pushed so far before irreversible changes occur. No one knows when tipping points will be triggered, but if we continue to behave as we are, it will become ever more likely that we’ll tip the Earth into a new unknown state.

All the while, the machine needs feeding. And for capitalists trapped and blinded by the cage of necessity, they see no reason to adapt; why would they? The system works perfectly well in making the owners of capital fabulously wealthy. The owners of capital push back against change because their power and influence are wrapped up in this system continuing.

It’s not just the owners of capital who have everything to lose if we transition towards a new economic model. Everyone trapped within the cage of necessity has everything to lose. That’s why systems change is so rare because, by and large, the majority take comfort in the status quo. It provides certainty and a level of comfort that transformative change does not.

For the vast majority, the cage of necessity is the truth, the only truth there has ever been and the only truth there will ever be. The idea that we must transform the economy so it can increase human well-being sustainably doesn’t register. And so, here we are, locked into a path of no return, a path that is leading us towards social collapse. While that future sounds bleak, it also provides an opportunity. Out of the ashes of a system eating itself alive, there will be an opportunity to transform society beyond recognition. It is that fact that brings hope in a time of despair.

How the Climate Crisis Might Not Be All That Bad

The climate crisis leaves many with an uncertain future, for others it’s looking far rosier