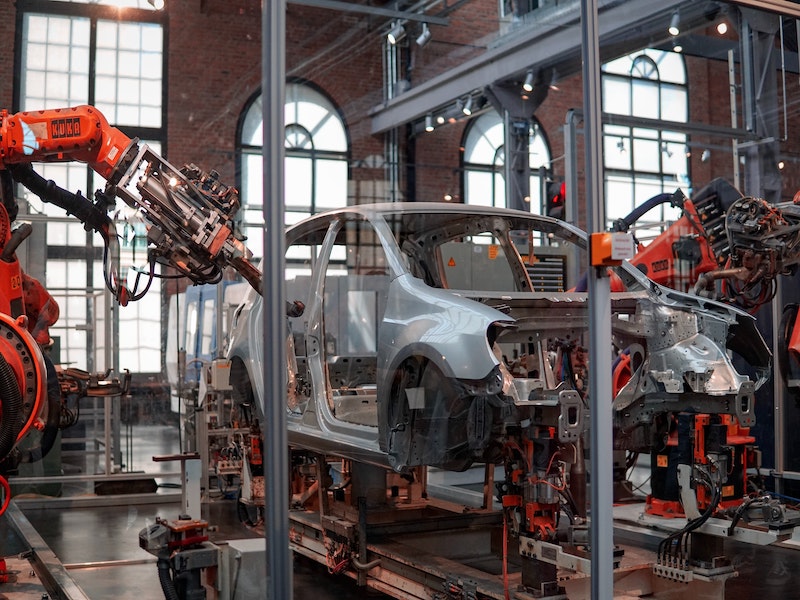 During the nineteenth century, the Luddites, a radical group of textile workers, did all they could to destroy textile machines set to replace them. The Luddite’s fears and their reaction to the machines were well-founded. They were losing their identity, a way of life, but most importantly, they were losing their livelihood. With no support from the government, they knew they faced a life of suffering.

Although highly skilled artisans, the Luddites never stood a chance against machines. Machines are far quicker at making textiles than we are. They are consistent, don’t make mistakes, and don’t ask for better working conditions. They also don’t ask for a wage. Machines cut costs and drive up revenues — the dream of any business owner. But a nightmare for workers who face unemployment.

This fear of machines and technological innovation has been ever-present since the industrial revolution because everyone knows that to live a comfortable life, you must earn a living. If you don’t, expect to receive minimal support from the government.

In a society of rampant individualism, the welfare state is despised — vilified as giving handouts to those who don’t want to work. The government should not provide a safety net for people who lose their jobs to machines. You either get a new job or go onto benefits and live a life of struggle.

These archaic attitudes towards work mean automation is still something to be feared because technological innovation means robots replace humans in the workforce. They compete against us rather than replace us because earning a living through work is still a necessity to survive.

But, this makes no sense when you consider the whole point of jobs in the economy.

Each job plays a specific function in providing a product or service. If it didn’t, no one would agree to pay you to do it. So, at any one time, every job should, in theory, be beneficial to the rest of society. Essentially, we are units within a giant interconnected system, where each job plays a role in creating a functioning, thriving society.

Taking a job in isolation, imagine an innovation or technology means a machine can replace humans in doing the job. The person will lose their job (and with it their source of income), but when the job is automated, we eliminate the need for a human to expend energy to create the product or service, creating efficiency. This is a form of liberation that should be celebrated.

That would be if we saw the function of each job in the economy as cogs that benefit the rest of society. But we don’t. People don’t work for fun; they do so to earn a ‘living’. Seeing the glum, despairing faces on any morning commute around the world will tell you as much. Work is not a choice; it’s a necessity.

And because social success is wrapped up in having more money and possessions than anyone else, each person is focused on making more money through their work. Everyone is driven to want more due to the culture of consumption and a celebration of materialism. Leisure time is frowned upon; idleness is considered a mortal sin.

Culturally no one is satisfied by having ‘enough’, and each person is driven by a frenzy of productivity, typified by a saying of our time; ‘time is money’. In the culture of consumption, our social cues encourage us to want more, have more, and buy more because this leads to more and more wealth being created.

While we can make more than ever before, and humanity has never been wealthier, the majority aren’t better off because they don’t reap the benefits of more economic growth; the owners of capital do. It is this group of wildly rich owners who celebrate when a role is automated because they are the ones that can keep all of the value for themselves while not having to pay any wages to a person for doing the job.

We’ve got economic priorities twisted upside down. The whole point of an economy is to create all the goods and services in society efficiently. Not to make the owners of capital even wealthier.

If we changed our priorities and focused on producing what is needed by society, rather than working to make the owners of capital wealthier, suddenly, the roles of machines and robots would change radically. Particularly if a Universal Basic Income (UBI) is implemented alongside this change in priority.

The idea of a UBI is that each adult in society receives a guaranteed monthly income; for argument’s sake, let’s say this is $1000. If implemented, a UBI would provide a massive incentive to automate more and more jobs. With a UBI, automation frees the human from the shackles of work and allows society to continue creating a product without the need for the human. In short, we still create value, which can then be shared by all. There would be no need to fear losing a job because the UBI provides each person with a safety net.

And the benefits don’t stop there.

At present, having more stuff than others is valued above all else. The issue with this desire for more is that a culture of consumption has such a devastating environmental impact — leading to greenhouse gas emissions increasing and vast amounts of waste that destroy biodiversity (to name a few).

To create a sustainable society, we need to move away from a culture of consumption, and a UBI would help us do that. If provided a guaranteed wage many people may value their free time over making more money to have more stuff. But, earning less would mean more people would have to live frugally, a small sacrifice to pay if it means not having to go on that dreaded morning commute.

The celebration of excess and a frenzy of activity would be replaced by a life of limits and restraints.

We’re become so locked into a way of doing things where each person expects to grind for their money. The harder you grind, the more you’ll make and the more successful you’ll be. This idea is firmly embedded into how people view the world. But once a society reaches a certain level of development, it’s been shown that more stuff doesn’t increase happiness or people’s wellbeing. In fact, materialism makes people less happy.

A UBI could change people’s motivations. With each person knowing they have the comfort of being paid a certain amount each month, it could inspire a sense of solidarity and compassion between people. Not to see everyone else as competitors in a market where only the most ruthless survive, but to see one another for what we are, a community of people sharing values and experiences.

And it’s not like everyone will live in some utopian jobless paradise. Some roles could never be automated, so people still need to carry out certain jobs, and there will always be willing volunteers who want to earn more than others. Not to mention some people actually find their work interesting.

The only catch is, at present, our lives are intertwined with making a wage through a job due to the owners of capital being so powerful and influential. They would push back against a UBI because it would threaten their place in society. The majority still function as wage slaves because the owners of capital can’t continue getting richer without all of us making (and buying) the stuff that makes them so rich.

And, it’s not just the owners of capital who could be against a UBI.

So ingrained are our cultural expectations that many may see it as unjust if everyone gets paid to do nothing. But this comes back to the function of an economy. If we can get machines to produce most of the goods and services in society, there is no need for most people to work. And there are lots of signs that many people would welcome the change.

Momentum is growing for calls to implement a four-day week without a pay cut, with studies showing it increases people’s wellbeing and productivity. This momentum reflects the desire for a better work-life balance. And a UBI would make it all the better for people who want more leisure time and value their well-being over the stuff they can purchase by grinding in a job.

The problem is the owners of capital. So long as the function of the economy continues to be arranged to benefit them, we’ll all continue to be wage slaves, and automation will remain something to fear, not celebrate.