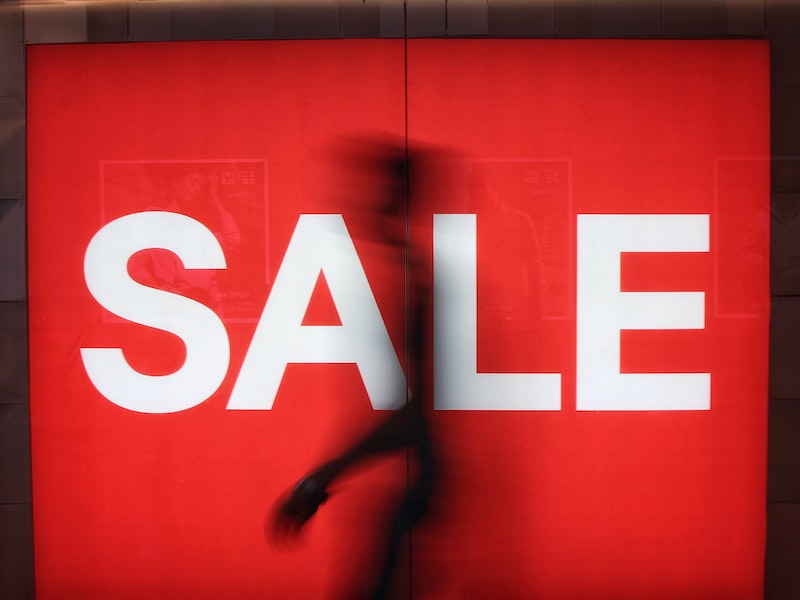 Consumerism is eating the world alive

They live in million-dollar mansions, drive sports cars, and wear diamond-encrusted watches. They fly around the world in private jets, relax in lavish hotels, and only eat at the finest restaurants. The rich and famous live in the materialistic land of plenty, a fairy tale world everyone is desperate to join. Their lives are aspirational, exclusive, desirable. These ‘model’ citizens create a picture of success that everyone else chases.

None of this is by coincidence. Because in modern society, our function as law-abiding citizens is to consume. That’s why more often than not, people are referred to as ‘consumers’, not as ‘citizens’ or ‘members of society’.

This function is crucial because ever-rising rates of consumption are intertwined with economic growth. And a growing economy is a healthy economy. An argument for why is that economic growth translates into increasing incomes. With more disposable income, people can afford to buy more consumable goods.

In the nineteenth century, the economist William Jevons argued that human happiness is wrapped up in maximising our utility. The more ability we have to satisfy our wants and desires, the happier we’ll be. His argument that happiness is linked to maximising utility has stuck.

At face value, it appears consumerism is great on a bunch of levels. Great for individuals, who will be happier if they can buy more. Great for society because it’s a sign of higher incomes and a thriving economy. Great for companies who increase revenues if they sell more stuff. Everyone’s a winner in a consumer society.

And this frenzy of activity that compels us ‘consumers’ to keep wanting more, having more, buying more is set to go on forever because capitalism can only exist as it does based on the assumption of never-ending growth.

That’s why it feels like there is a never-ending sale, always tempting you to buy that ‘great’ deal — because the sale is never-ending, you must buy stuff until your dying days. That’s great, though, because obviously, a culture of consumption makes everyone delightfully happy.

The thing about these arguments is that they are tragically flawed on so many levels.

For starters, driving down someone’s social use to that of a ‘consumer’ creates a one-dimensional person. Everywhere you look, it feels like you’re being coerced into buying something — because more often than not, you are.

Adverts on television, billboards when you walk down the street, targeted marketing that creepily flashes up your computer whenever you search keywords in search engines.

Try as you might, the pull of the consumer society is overwhelming.

Social media has become so powerful not because it connects people in a digital reality — but because it’s a dream world for manipulating people to buy stuff. Companies can gather precious data on who you are and what you like, and they create targeted marketing campaigns about products they know you will like. Your favourite influencer is key to companies shoving products in your face.

Everything revolves around manipulating you to buy what someone has to sell.

Clearly, we’re so much more than consumers. Each person is made up of emotions and experiences. You have a family and friends, an identity, views and opinions. None of this matters, all of these elements of the whole person are just thrown into an algorithm to create a picture of you and your buying habits so that companies can get better at targeting specific products they know you’ll like.

Advertisers may argue, well, no one forced the person to buy the product. We merely showed them what they wanted to buy all along. And there’s no problem anyway because consumption makes us all so darn happy, right?

Increasing incomes does translate into increasing well-being, but only up to a certain point. It may feel like a paradox, but in modern society, our feelings of success are based on how our pile of money and possessions compares with those around us, including those living in the materialistic land of plenty.

Because the majority measure their success based on an unobtainable level of wealth, when people inevitably don’t stack up, it makes them feel unsuccessful. What makes this surprising is that many people in the West have standards of living that are beyond previous generations’ comprehension. Plumbing, central heating systems, and cheap white goods have become basic expectations in a technological world.

It’s because they are such basic expectations that no one feels better off than previous generations who couldn’t make use of these luxury items and facilities. Feelings of success are also based on how we compare to those around us in the present, not from the past. On top of this, economic growth tends to increase incomes for all, which means that over time you’re no better off than those around you.

And because there is a constant supply of new stuff in the market everyone feels a social pressure to keep up with the pack — to buy the latest trainers, the latest phone, the latest car. None of this stuff makes you happy, but you still feel compelled to buy it because it’s human nature to conform and be part of the pack. Not having the latest stuff would be a sign of social failure because our success hinges on materialism.

The toxic effects of consumerism are before we get to its most catastrophic impacts. The ever-increasing flow of stuff hasn’t appeared out of thin air.

To make more stuff, we need to take more of the natural world and convert it into usable products sold in the market. And because this is a never-ending cycle, products tend to be designed linearly and go through various stages:

Each part of the process has negative environmental impacts. Greenhouse gas emissions are interwoven with consumption; the more stuff you buy, the more greenhouse gases are emitted. Consumerism also leads to increased land use, habitat destruction, waste that kills biodiversity — the list goes on.

The celebration of stuff means we are eating the planet alive. And yet, the show must go on because consumption increases well-being and allows for a thriving, growing economy, right?

It all comes down to how we view social success and the function of each individual.

We’ve become so blinded by the idea that increasing economic growth will always lead to better social outcomes that even with environmental destruction staring us in the face, the idea the economy could do anything other than grow isn’t contemplated. We’ve lost sight of reality and the whole point of economic activity.

The whole point of an economy is to provide all of the goods and services needed in society. In modern society though, ‘consumers’ are merely units in a market that mindlessly buy stuff.

Whether it makes society happy or increases well being is irrelevant because the real objective of economic growth is to make a tiny wealthy proportion of the population become ever richer. Incomes within the rest of society may increase, but these increases are often in line with or lower than the rate of inflation. So over time, people don’t feel wealthier because in real terms they simply aren’t wealthier.

It’s the top 1% who get far richer through an ever-growing economy and they’ve become mad with greed. So long as the economy is designed to benefit this tiny group of individuals, we’ll continue to eat the Earth alive.

The problem with the frenzy of activity is that Earth is starting to react to the immense pressure we’re placing it under. The more pressure we place it under, the more we risk breaching tipping points that will lead to environmental breakdown.

And if the environment changes radically, it suggests that it will no longer be a bounty allowing humanity to thrive; it will become an unpredictable, hostile, deadly place. But it seems like the risk of that future is well worth it because at least the 1% can be content that in the short term, they are getting richer. And all us consumers can be ever so grateful because we’re all so happy buying more and more stuff.

Consumption is not compatible with a sustainable society operating within environmental limits. As long as consumption is celebrated as the quintessential symbol of a successful life, we will continue on the path of destruction leading to environmental and social collapse. A refusal to acknowledge this fact means we continue to eat the planet alive. But the risks seem to be well worth it because if you consume, you are happy…right?

Black Friday: A celebration of Consumption

Consumption is fuelling the climate crisis