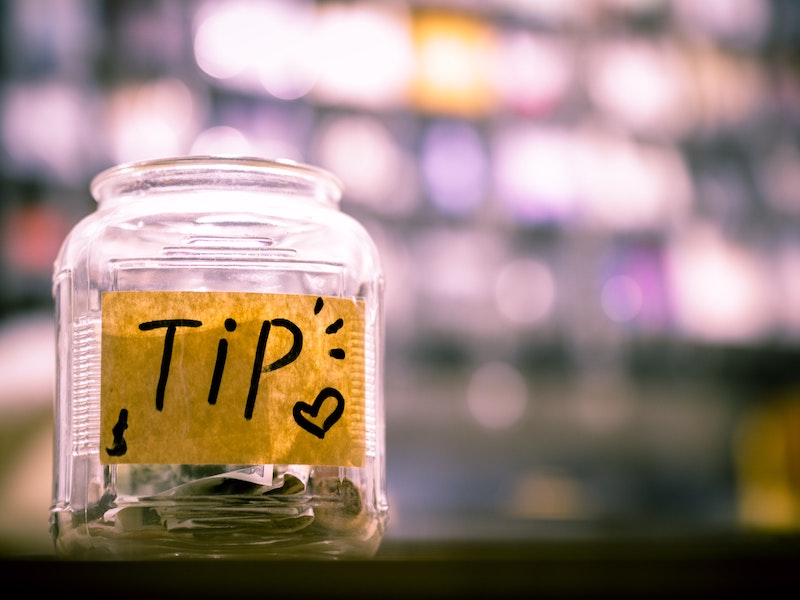 “I don’t tip because society says I have to.” So starts the “I don’t tip” scene of Quentin Tarantino’s Reservoir Dogs, where a group of murderous gangsters have a philosophical debate about tipping over breakfast. The gangsters are outraged by Mr Pinks’s bold confession that he refuses to tip. Mr White argues waiting staff have a tough job, and tips make up an essential part of their livelihood. Mr Pink doesn’t budge, and when you think about it, he makes a great point. Tipping has become a social obligation, but when you tip a server, you merely subsidise a restaurant that is paying its staff low wages.

Because stripping away any social expectation, that’s why tipping has become so important. Waiting staff get paid low wages. The only way they can survive is if people tip them for service. So ingrained has this idea of tipping at restaurants become you would be viewed as some kind of social vagrant if you didn’t tip, but why? Who made the rule? It works out very nicely for restaurants that can justify paying waiting staff such low wages, but tipping does far more harm than good.

The minimum hourly wage for a full-time server is a paltry $7.25 in the US. No way near enough to cover rent and bills. People are aware of this and many countries, particularly America, take great pride in tipping excessively. And while tipping is well-intentioned, the reality is that it is a sign of social failure.

Tipping has become a social necessity because if people didn’t tip waiting staff, they wouldn’t earn enough money to survive, meaning many people would refuse to work in the occupation. Restaurants would be closing en masse, unable to provide the service they require.

Like every other business, the costs of running the business should be part of the price you pay for the service or product. Wages should be covered within the restaurant’s expenses, yet restaurants can get away with paying low wages due to the social expectation to tip waiting staff.

Is there the same expectation to tip a low paid delivery person for delivering your items on time? Or a shop assistant who diligently assists you at a clothes store? Would you feel the same social pressure to tip a doctor for saving your life? Or a nurse for looking after you so diligently in your time of need? No, of course you wouldn’t. They’re doing their jobs, and they should be compensated adequately without needing society to subsidise their wages.

The counterargument is that no one forces waiting staff to agree to work for low wages. But, that in itself is a sign of social failure because there are so many people willing to work for so little. Clearly, they don’t ‘bust their asses’ (as Mr White puts it) for fun.

The issue is there are only so many well-paid jobs, and in a competitive market, the competition for the best jobs is fierce.

If waiting staff can’t find any other work, and the alternative is not being able to pay for food or rent, this is hardly a choice; it is forced upon people. Restaurants know this, and they take advantage of people’s plight by offering low wages, knowing that society will pick up the bill and subsidise those wages for them.

There’s also the argument that tips motivate staff to provide good service. If tips didn’t exist, there would be no incentive to go above and beyond to earn more money. But this argument is nonsense.

Waiting staff shouldn’t have to go the extra mile hoping some generous soul will feel extra generous and reward them for their great work. They should just be paid adequately for the work that they do. If they provide excellent service and you want to tip them above their basic wage, great, but it should not be a social expectation based on the fact waiting staff don’t earn enough money to survive.

The same argument isn’t made for other fundamental services. You wouldn’t assume that if you paid a nurse a tip, they would provide you with better care. So why would waiting staff be ‘better’ at their job, knowing they’ll be rewarded with a larger tip?

It’s about time people started to be more like Mr Pink and stopped conforming to ridiculous social expectations, and businesses started paying people a living wage.

If people refused to tip, waiting staff would refuse to work for such low wages. Lower demand for roles would force restaurants to increase wages to entice more people into the service industry. And it’s not like the price you pay will go up; it just means the ‘tip’ becomes internalised into the cost you pay for going to a restaurant.

The next time you’re in a restaurant, pay what you owe because the price that you pay should cover the staff’s wages. And if you do feel the need to tip, remember you are subsiding a restaurant that is not paying their staff a living wage.