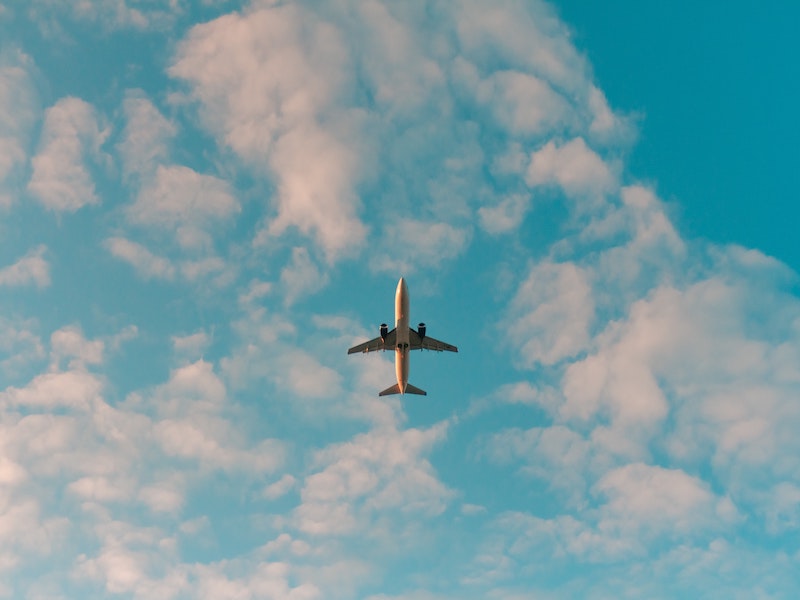 The mayor of Manchester, Andy Burnham, recently posted a tweet comparing the cost of a return journey from Manchester, UK, to various destinations. Burnham found return flights from Jamaica* (a 9180-mile round trip) for £343. From Ivory Coast* (a 9660-mile roundtrip) for £319, and a trip from Brazil* (a 10,112-mile round trip) for £325. Meanwhile, a return train from Manchester to London (a 414-mile round trip) cost £369. Understandably the tweet raised a few sceptical eyebrows because, at face value, it makes no sense. How on earth can there be such a massive difference in travel costs when the flight is twenty-five times the distance of the train?

To put the difference into perspective, the train journey works out at £1.12 per mile; the return flight from Brazil at 0.03p per mile.

What’s with the weird prices, then? It all comes down to ideology. The Conservative government fiercely believes in the power of free markets and supports the privatisation of public services. This ‘privatise at all costs’ approach is justified based on the argument that the private sector is better at managing sectors and industries than nationalised ones. The private sector (so the argument goes) is more efficient and effective because it is driven by the profit motive. That motive creates motivation, drives innovation and leads to better outcomes for consumers than nationalised sectors that are run as non-profits.

By ‘better’, privatisation helps to drive prices down and should provide consumers with a choice amongst competing companies.

With the privatisation of British Rail in 1997, the rail network was sliced into different parts. Today, 28 private franchises are responsible for managing various parts of the network. But the privatisation of the network has not led to increased efficiencies at lower prices, as (you would assume) was hoped. Since 2004, the average fare has increased by 23.5%, while government subsidies amount to £5 billion per year.

The fundamental problem with privatising the rail network is that privatising a sector only leads to better outcomes if that sector has a set of preconditions that will allow a competitive market to flourish.

None of these conditions existed when the UK train network was privatised, and they still don’t exist today. The main barrier is structural — it would be highly inefficient to have a series of different railway lines, each owned by competing train companies. It just makes sense to have one line connecting cities (it’s far more efficient). The challenge though is that one line doesn’t allow for competition, as a result, each line in the UK is run by a different franchise that owns the monopoly on the line.

Monopolies are the enemy of free markets because if you have one dominant private business controlling a market, they control the prices. The whole basis of free markets is that they allow for innovation and competition, resulting in prices reducing. A private company with no competition can charge what they want. With no choice between different vendors, consumers have no choice but to pay the price — hence how a train company (Avanti in this case) can get away with charging £369.

The railway line creates a literal barrier to entry for any company seeking to join the market. What makes things worse is that supporters of free markets argue markets work best when the government doesn’t intervene. That £5 billion per year government subsidy is a pretty significant intervention that adds salt to the wounds. Not only have prices gone up, but taxpayers still contribute heavily to managing the network.

The airline industry is very different. There is no physical infrastructure required to connect different airports in different countries. Many different airlines fly the same routes, leading to fierce competition between different providers. Competition forces airlines to innovate or adapt to stay ahead of the competition. An obvious way they can attract customers is by reducing prices.

The difference between airlines and the rail network shows that free markets work well in specific sectors and not so well in others. Competition between airlines maintains low prices, providing value for consumers.

Trains don’t allow for competitive tension between companies that will keep prices low. But, due to the government’s blind belief that private companies can manage sectors better than the government, the idea that the train network should be renationalised isn’t even contemplated.

The private company seeks to provide the best service possible at the highest cost to increase its bottom line and make more profits. More profits mean more money to the owners of the business or the shareholders that have invested — it also means higher bonuses for the board and executives.

What seems to have gotten lost in the Conservative’s desire to privatise at all costs is that the train network is a national service integral to connecting the country and its people. No one should be able to profit from it, and it should be enjoyed by all.

Extortionate prices that exist today have all kinds of adverse effects. For starters it incentives people to use other forms of transport, like cars that have a larger carbon footprint. It also incentivises people not to make the journey at all because it’s prohibitively expensive. This means friends and family can’t meet as often as they would if prices were protected. Even worse, it encourages people to fly, and it’s not as if it’s just long haul flights that are the problem; you can get flights to Europe for as little as a few pounds. Why would you stay in England if you can save money by flying to a country on the continent over holidaying in the country?

Compounding the issue is that people’s choices are driven by prices. Flying has the highest carbon footprint of any form of travel, trains have one of the lowest carbon footprints. Yet, prices encourage people to fly over travelling by train. These prices seem to stand in stark contrast to the commitment by many countries to achieve net-zero carbon emissions in the coming decades.

Renationalising the train network would have all kinds of benefits. It encourages people to travel by train, meaning more people can take holidays and see friends and family in the UK. On also encourages people to make decisions that reduce the carbon intensity of the transportation sector, and rather obviously, it means that people save money when they commute by train.

The problem is the Conservative’s loyalty to an ideology that has failed to deliver what was promised in the rail network. The British prime minister, Boris Johnson, recently gave a timely reminder of his party’s blind loyalty to privatisation by threatening to ‘privatise the arse’ out of the passport office due to backlogs. How exactly would privatising a government department make it more efficient at reducing a backlog? It’s not entirely clear. But it’s another strange example of this blind, fierce loyalty to privatisation as if all social problems will be solved somehow if the enterprising spirit of business driven by the profit motive manages all human affairs.

It’s as if the Conservatives desire to create some free-market dream world where the state is tiny and insignificant and every service or industry is under the control of private businesses. I guess that’s why the Conservatives show such fierce support for privatisation. They want to give their rich friends contracts to make money out of services that should be public. They don’t care about any negative social consequences, all that matters is that the rich find another way to make even more money.

It’s this wanton disregard for the idea that some sectors should not be profited from, but should be focused on maximising social value that led to the privatisation of the rail network in the first place. The Conservatives just view it as another way for the wealthy to make more money out of society. So, as long as the motivation is on making money out of people, rather than creating social value, train tickets going a few hundred miles will continue to be more expensive than plane tickets taking you thousands of miles. If there were ever a clearer sign of the dangers of extreme loyalty to an ideology, it’s that.