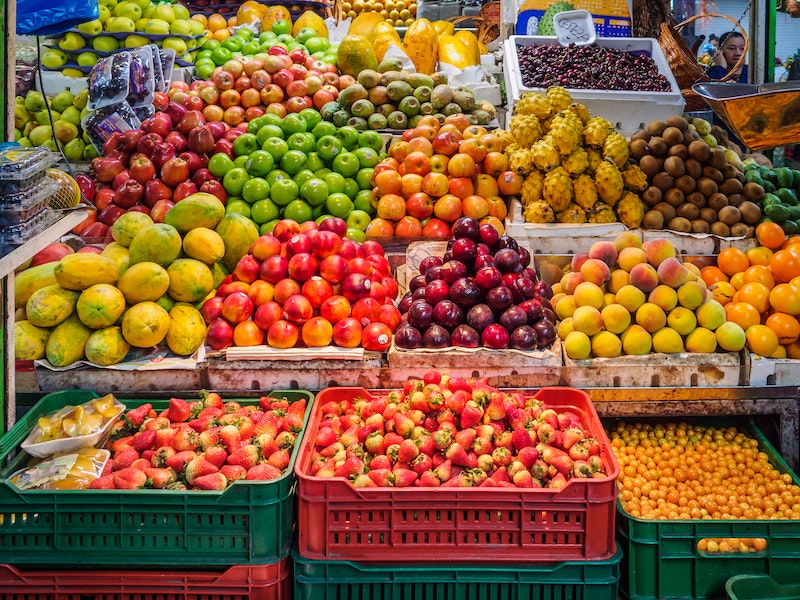 Scarcity will drive prices up, leading to market failures, social instability and the risk of war

Since Putin’s regime went rogue, fears of scarcity have led to wholesale gas prices soaring. And in shutting down the NordStream gas pipeline indefinitely, those fears have become reality. Russia is using its monopoly over gas supply into Europe as a weapon, leading to an energy crisis sweeping across Europe. What Russia’s behaviour shows is that free markets can only work if everyone cooperates. Russia’s tactics are a timely reminder of what’s in store in the coming decades when the climate crisis begins to wreak havoc on the most crucial market of all, food.

Chatham House’s Climate Change Risk Assessment shows how unstable global good supply could become in the next few decades. By 2040 the probability of a 10 per cent yield loss, or greater, within these countries rises to 40–70 per cent. The probability of a synchronous, greater than 10 per cent crop failure across all four countries at the same time is currently near zero, but “the probability of a synchronous crop failure of this order during the decade of the 2040s is just less than 50 per cent.” The report goes on to suggest that “multiple breadbaskets may suffer simultaneous effects, with the potential to drive significant reduction in yields at global as well as regional levels.” Any such mass crop failure would have far-reaching consequences.

The 2006–2008 global food crisis illustrates the potential consequences of synchronous crop failures. Price spikes can lead to urban unrest and make governments vulnerable to collapse, particularly in developing countries. Due to this risk, many large exporting countries, including Brazil and Argentina, imposed export bans on maize during the food crisis, decreasing global supply. At the same time, maize-importing countries introduced trade incentives to lower the price of imported grain, increasing import demand. The combination of less supply and more demand led to maize prices spiking by 83 per cent. It was a similar story for other staple grains like rice and wheat.

The consequences of mass crop failures will be seismic. Massive productivity gains since the end of the second world war led to a transformation from a world of scarcity to one of abundance. This transformation has freed us from the major preoccupation of human existence — the struggle to get enough food to eat. The cost of food, which made up as much as 75 per cent of wages in wealthy nations well into the nineteenth century, has plummeted to just a few per cent of wages in modern society.

Today people are more nourished, live longer, are more educated and live in far more peaceful times than at any other point in history. We have the technological ability to feed, clothe, shelter and educate every person on Earth, as well as enhance health care and fight major diseases. These are the fruits of economic growth. And yet they have come at a terrible cost.

All of this social development requires massive energy inputs. Most of that energy comes from fossil fuels. And so, an unintended consequence of this hive of activity has been the emission of hundreds of billions of tonnes of greenhouse gases into the atmosphere. Doing so has changed the concentration of greenhouse gases in the atmosphere, which has led to global warming. We are living through a historical anomaly, and the consequences of our actions could be devastating.

The shift from scarcity to abundance has made it mutually beneficial to join an increasingly interconnected world economy and sell products and produce to one another. This is a significant reason why peace has followed in the footsteps of globalisation. The benefits of peace far outweigh the price of war. If mass droughts create food shortages, cooperation will likely break down as grain-producing countries will become more protectionist and ban exports to maintain social stability. With chronic shortages, “a societal consensus could emerge that the free market economic model is unsustainable, and governments could move towards constraining people’s consumption…this could lead to macro-economic discontinuities with far-reaching consequences for inflation rates, asset prices, jobs and livelihoods.”

The self-regulating market economy has become the all-consuming sphere of influence in modern society. Nothing exists unless it can be priced and sold on the market. But should the mechanisms needed for free trade break down, it would blow the lid off one of the most fundamental elements of our social construct. Our lives have always been defined by a basic social expectation of the freedom to choose what you say, do and buy. Having more money and possessions than others is considered key to social success. Governments encourage increasing consumption because it’s so important for a thriving economy, and companies depend on it to maintain profit margins. The idea that our consumption habits would need to be constrained will feel like a draconian measure when life has always been defined by a celebration of consumption. Governments will be all too aware that such extreme measures will be deeply unpopular and are likely to trigger social unrest, but they’ll be faced with no other choice.

Globalisation can only work if every country is willing to sell on the open market, but as the impacts of the climate crisis become more aggressive and scarcity begins to impact prices, those days will come to an end. This will likely have profound consequences on a country’s ability to sustain economic growth. And as growth is key to averting economic crisis, a return to scarcity could lead to a global economic depression, resulting in mass job losses and a dramatic increase in poverty levels. Not only that, the breakdown of cooperation between countries will be the harbinger of war because peace will no longer be mutually beneficial. In a world of scarcity, the risk of war, including nuclear war, will increase as countries seek to gain control of critical resources.

With the breakdown of the rules of the game, people will see lives of comfort melt before their eyes, and anger and resentment will be rife, which could so easily boil over into riots, social movements of change and revolution. Whatever way you look at it, the scale of environmental changes means we are hurtling into a world of great uncertainty, suffering and darkness.

Why is the Climate Crisis Getting Worse When Companies are Embracing the Triple Bottom Line?