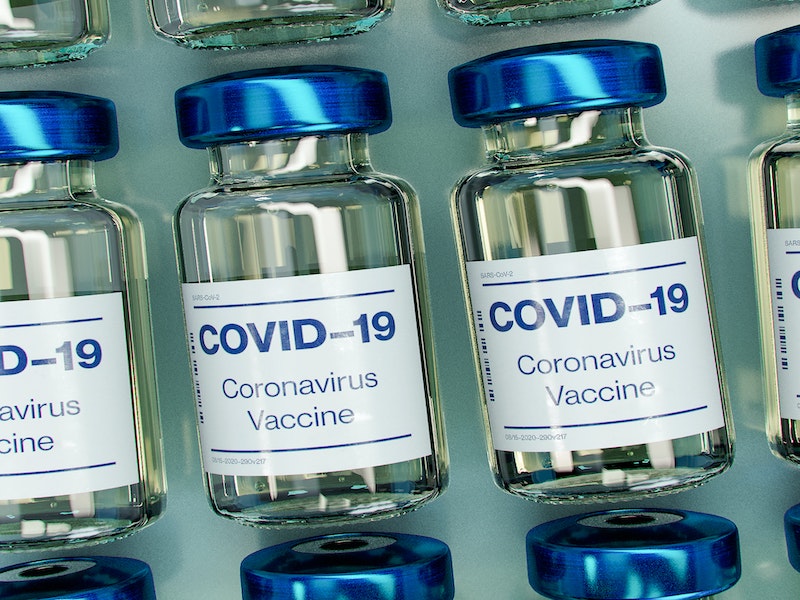 Pfizer’s recent announcement they have created a vaccine providing 90% protection against the Coronavirus is the silver bullet we’ve all been waiting for. Moderna has gone one better, by announcing their vaccine provides 95% protection. The possibility of a vaccine being available within a few weeks feels like we’re reaching the light at the end of a tunnel. Beneath the enthusiasm though, lies disappointment at an opportunity lost. Throughout 2020, there have been bold claims we’re going to ‘build back better’. But the announcement of the vaccine proves the profit motive, driven by greed, is still alive and well.

The pandemic felt like a line in the sand from the old way of doing things. It provided an opportunity. To take a step back, breathe in deeply and analyse how, what, and why we do what we do. To change the things that don’t work and maintain the things that do. That’s why it has produced calls to ‘build back better’.

One element that could have marked a new beginning and the start of a new dawn is administering a vaccine. Governments from all nations could have united to create a universal law banning pharmaceuticals profiting from a vaccine.

By its nature, solving the pandemic will involve administering millions of vaccines. Controlling the price would avoid governments paying astronomical fees for a life-saving solution to the pandemic.

The money saved could then be directed to social programmes or welfare schemes. Supporting people who have suffered so much during a difficult, uncertain time.

Big Pharma, which encompasses the global pharmaceutical industry, is powerful. But clearly, it’s no match for governments forming a coalition and protecting society. Imagine if governments did intervene? It would have signalled an unprecedented statement of intent. You would have felt that your government is actually working for your benefit. That governments are finally taking a stand against corporate profiteering.

Banning profiteering from the pandemic could have heralded the new normal where governments interests lie in fighting for and protecting the rights of society, over the interests of corporations. Corporations are, after all, driven by a desire to maximise returns for shareholders. Meaning they do not have societies interests at heart.

Unfortunately, governments chose to do nothing, what a travesty that is.

In fairness, due to the emergency created by the pandemic governments may argue doing anything that could pose a threat to the creation of a vaccine would be unwise. Banning profiteering from the pandemic could have resulted in pharmaceuticals losing motivation to create a vaccine in the first place.

Governments doing anything to slow down the process would not have gone down well with voters, either. And so the opportunity to establish a new normal now seems to have floated on by.

Even when there has been a pandemic that has blown normality to smithereens, even when we’re suffering together, and communities have united with a sense of solidarity, the profit motive has shone through.

Because the pharmaceutical industry was all too aware, whoever made the vaccine first would hit the jackpot.

Pfizer, a for-profit company got there first. They hold all the cards, and so they can set the price.

Pfizer is set to make upwards of $13 billion (£9.8 billion) from the vaccine. Each dose of Pfizer’s vaccine will cost governments $19.50. As each person needs two doses, it comes to $39 per person. At $37 per dose, Moderna’s vaccine is even more expensive.

Pfizer’s and Moderna’s approach is in sharp contrast to AstraZeneca. Who, working alongside Oxford University, have pledged to administer a vaccine as a not-for-profit. Their vaccine may cost as little as $3 per dose, so $6 to vaccinate each person. AstraZeneca also announced they would offer the vaccine to low-income countries on a cost basis, even after the pandemic is over.

The media have labelled Pfizer the hero of the hour for being the first company to create a vaccine. In reality, they are holding governments to ransom by charging such an extortionate price for the solution to a global problem.

So far, the US has ordered 100 million doses of Pfizer’s vaccine, the EU 200 million. A vaccine from AstraZeneca would have saved governments billions.

You would think that due to the circumstances, the aim of pharmaceuticals would be two-fold. To create a vaccine as fast as possible, and to do so at the lowest price possible. That would make sense, as it seems morally reprehensible to profit from a global pandemic.

Greed and self-interest dominated before the pandemic, during the pandemic, and will prevail after the pandemic is over. The new normal, you ask? What new normal if peoples behaviour and motivations don’t change?

That Pfizer and Moderna have every intention of making as much money as they can from the pandemic, and governments are allowing them to do so, is a damning verdict that the new normal, seems awfully like the old normal.

Imagine Pfizer and Moderna weren’t driven by the profit motive? Imagine their purpose was plain and simple — to create solutions to diseases and viruses at the lowest possible price to society. After all, who chooses to be sick? No one. And so the idea companies can profit from a social ill is morally questionable at best. At worst, it’s bordering on insane that for-profit pharmaceuticals are a perfectly normalised part of society.

A new normal would be to question the fact pharmaceuticals can exist as for-profit companies. Governments had the power to do this. To create legislation that could have acted as a stepping stone to outlawing profiteering in the pharmaceutical industry.

The money saved by producing drugs at the lowest price would then allow governments to direct money towards social programmes and welfare, increasing the wellbeing of society.

That is the bottom line; if everyone gains from a solution, then no company should have the power to hold society to ransom. We have our motivations twisted upside down. But, everyone just keeps on doing what they’ve always done — not questioning the underlying madness that compels us to continue doing what doesn’t work.

The status quo is a choice. Governments can change it, and control corporations, but they choose not to. This offers hope, but also frustration. Because at present corporations have governments firmly in their pocket.

So, while corporations remain driven to maximise profits for shareholders, we’ll continue to see counterproductive behaviour.

When you break life down, is the point really just to make as much money as possible? Or is our underlying motivation to create a flourishing society, and a platform for each person to thrive?

If the latter were the case, companies would not be allowed to profit directly from a global pandemic; it’s as simple as that. That Pfizer and Moderna look set to make a fortune from the vaccine is a damning verdict of the time we live in, and reveals how greed and self-interest have overwhelmed common sense.

Why do Rich People Hate Footballers?

The beautiful game is a great social leveller. No matter how much money you have, skill always shines through