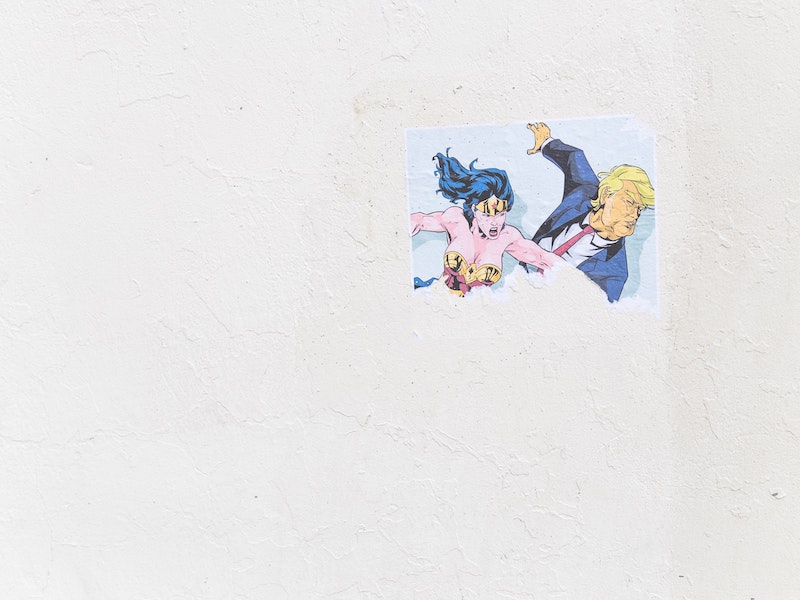 Every superhero movie follows a similar dynamic. At the start, you see the superhero flex their muscles, valiantly saving someone from a bad guy. The superhero is heralded as the hero of the day. But then a supervillain comes to town—an abomination oozing evil. The supervillain bursts onto the scene by committing a terrible crime, and the superhero is missing in action. People start losing confidence in the superhero, doubting their ability. The story builds up to the crescendo at the end of the film — a fight to the death between good versus evil.

Let’s begin with the supervillains. After all, in a superhero movie, it’s important to create a sense of anticipation. Who (or what) is creating the climate crisis? At the top of the hit list of supervillains are oil companies. Since 1988, just 100 oil companies have been responsible for over 70% of global greenhouse gas emissions.

Oil companies are very much aware their products are causing the problem. The top five oil companies spend over $200 million a year “lobbying to delay, control or block policies to tackle climate change.”

You could argue that in 1957 Exxon wasn’t confident of their findings. But by 1982, they knew fossil fuels were creating a crisis of unimaginable proportions.

In verifying the research in 1982, Exxon, which was the biggest company in the world at the time, had two options:

1 – Act on the information and become a leader of the transformation towards a renewable energy system. Or;

2 – Suppress the information for their own short term interests.

Knowing the latter option carried an existential threat to humanity, you would imagine the decision would be a simple one. But as you already know, Exxon chose to suppress the information.

Exxon’s decision was nothing short of a crime against humanity.

Imagine how different the world be after 38 years of effective policies to solve the problem Exxon proved existed all those years ago? ExxonMobil would be a climate hero leading us to a path of salvation. Instead, they chose the dark side, reaping the profits of reinforcing the status quo.

Oil companies are responsible for creating the problem. But from their perspective, they are merely facilitating societies’ insatiable demand for oil. Oil would be worthless unless society had a value for it. And boy is society addicted to oil. From the petrol used to fuel your car to the aeroplane jetting you off on holiday, to everyday items made of plastic, every one of us benefits from oil.

That means we all have a part to play in the problem.

You breathe it; you smell it; you hear it; you touch it; you buy it; you are it. Our civilisation is what’s causing the problem, and so the lifestyle of each of us is a microcosm of the issue at large.

Oil companies use this argument of meeting a demand to justify the continuation of the industry. From one perspective, it’s a valid argument; from another, it gets blown away by a simple question. Who created the dependency? Was it society, or was it the oil companies that benefit so handsomely from the dependency?

Because in reality, we should have transitioned away from oil as soon as Exxon made their seismic discovery. They chose to say nothing for the same reason the oil industry lobbies governments to slow down policies which they know risks their product, and with it their business.

The climate crisis is the result of the greed, self-interest and short term thinking of an elite who have grown unbelievably wealthy from the fossil fuel age. They are the ones compelling the status quo to continue. They are the ones that are not allowing for fresh, new ideas to invigorate and transform our economy, and with it society.

The supervillains are this group of self-interested individuals who don’t care about the wellbeing of society or the environment. All they care about is lining their bulging pockets that are already at bursting point.

Where are the superheroes?

Our real-life climate supervillains are incomparable to supervillains depicted in superhero movies. After all, no supervillain has even come close to destroying humanity. We’re very much on course to make that disaster a reality.

The tragedy we’re facing is enough to send the greatest of optimists into a state of melancholy. But wrapped up in the travesty we find ourselves in; there is hope.

Countless brilliant minds have developed ideas that seek to push us away from the problem and create a restorative society and economy.

Herman Daly’s Steady-State Economics is one such idea. Daly’s economic theory, based on principles of sustainability, offers a solution to the economic mantra of growth. E. F. Schumacher’s landmark book Small is Beautiful questioned ‘gigantism’ — essentially, the ‘mass’ culture that has come to dominate today. And his work spawned a college for the study of ecology.

And there are countless pioneering individuals. The saintly David Attenborough’s latest documentary, A Life on Our Planet, calls for a balance between civilisation and nature. The quite brilliant Paul Hawken has written a catalogue of books on ecology and our place in it, including Drawdown: The Most Comprehensive Plan Ever Proposed To Reverse Global Warming, which provides 100 solutions to the climate crisis.

Arne Naess coined the term ‘deep ecology’ and was a crucial figure in the environmental movement. Naess’s inspiration came from Rachel Carson’s groundbreaking Silent Spring — a vivid and brilliantly argued narrative on the destructive nature of pesticides. Carson is considered the mother of environmentalism. An inspirational figure who did much to make environmentalists out of a generation when no one even knew there was even a problem.

A lack of leadership

There are countless other individuals, charities and NGOs who are a force for good, standing up for Mother Nature against the supervillains.

Many of these people dedicate their lives to raise awareness and attempt to solve the greatest challenge we’ve ever faced.

They are all heroes, but with the greatest respect, none of them is the superhero we need to save the day. And that’s because hoping for a knight in shining armour to burst onto the scene is a pipedream. There will be no such environmental superhero. What we need are more and more people standing up and fighting for our beautiful planet.

Rathr then hoping for a hero to save the day in the last moment, we must all stand up for what’s right because your heroes are all around you. Your heroes are the Attenboroughs, Schumachers and Carsons. They may not be your archetypal superheroes, but they advocate for change and inspire others to do the same.

With the platform they have created, what each person needs to do is follow their lead. To stand up. To shout from the rooftops demanding change. Because as long as the status quo continues, we’re all complicit in the problem. If every person demands change, we can act like a tidal wave that overwhelms the status quo and forces governments to take necessary action.

Every one of us can be a hero in the fight against these self-interested individuals. What we need is to awaken that badass superhero in each of us and start dealing with the problem we’re facing. Because in the disaster movie we’re living through we have reached our crescendo, we’re in the midst of the battle between good and evil. Good will only prevail if we all stand up for what is right.