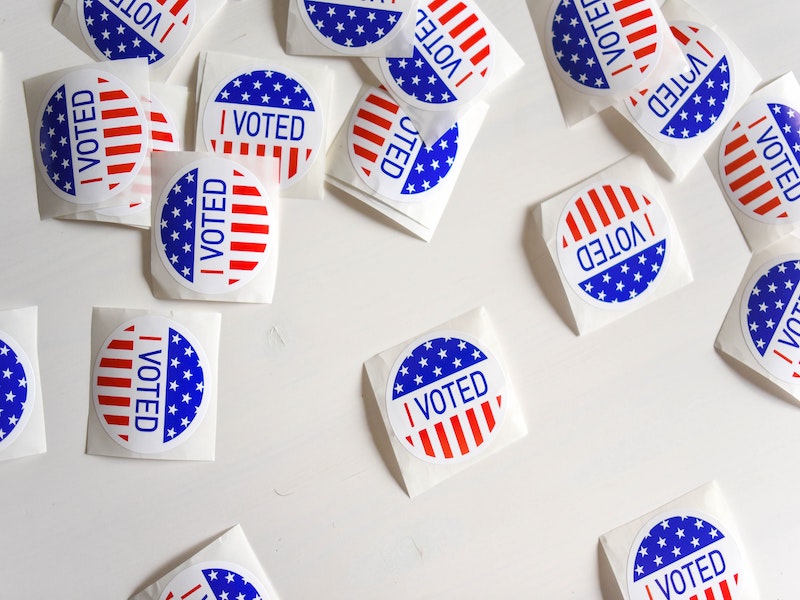 As the dust settles on the presidential election, there have been cheers of joy and sighs of relief that Joe Biden won the election. Every election season people hold onto the belief that this time, this time, things will be different. That just around the corner, life is going to get better because this presidential candidate represents my values. But, since when has your life become better as a result of a new president?

Voting one president out, and another in, will not change this dynamic. Ultimately, people vote because they feel one party and its leader serve their interests better than the other, or, they vote for a party out of loyalty.

In electing Joe Biden, your problems, and the chronic issues facing the country aren’t going to get any better. Because these issues are structural, to solve them, what is required are wholesale changes to the structure itself.

But since when has a new president rocked the boat with a manifesto for transformative change? That, for example, seeks to remedy America’s horrifying wealth inequality? Since when have you felt a president or the government is on your side, rather than on the side of corporate America? That you’re batting for the same team? I imagine you can’t remember because that time doesn’t exist in living memory.

You may be thinking, well, what about Obama? Barack Obama was a charismatic president; many view him as a hero, a champion of the people. He left office with an approval rating of 58%, which is strong when compared to past presidents. But, if America was in such a healthy position when Obama’s second term was coming to an end, then how did Donald Trump get into power in the first place? Clearly, some underlying tensions existed that created a platform for Donald Trump to get into power.

Whatever you say or think about those who voted for Trump, they saw him as someone who represented their frustrations. Trump marketed himself as the anti-establishment maverick. While that picture is a facade, his marketing gave hope to the voiceless and disempowered. Let’s face it, if you’re turning to someone like Trump for hope, then life must be pretty bad.

And it’s not like a wave of his supporters deserted him after his disastrous four years in office. Over 70 million people voted for him to remain as president. That reveals more about the chronic tensions in America than it does about the people who voted for him.

Donald Trump didn’t create America’s problems. He may have done a fine job in exacerbating them, but he did not make them. The chronic systemic issues we see in America today were alive and kicking before Donald Trump became president. And those problems will remain long after Donald Trump leaves the White House.

It’s important then to understand that the president is more a symbol than anything else. The presidential election serves a crucial function. Feeding Americans the idea they have a choice in choosing the direction the country goes in, where the president represents people’s desires and hopes for a better life.

In reality, the American democratic system serves an illusion of democracy. The Democrats and Republicans clash over petty policy differences, while the chronic, underlying problems plaguing the fabric of society remain unquestioned.

The underlying system goes unquestioned because these parties are the hands of that very system.

And then there are the things that each party would never dare do.

No party would dare seek to reform the tax system. To make the rich pay more, and the poor pay less. No party would look to re-nationalise institutions such as prisons, preventing private companies profiting from a social failure.

What they do is maintain the status quo. They squeeze the poor who are already struggling to make ends meet, while the only tax reforms are to provide tax breaks for America’s wealthiest people. They sell off more of America’s institutions and services to private companies so that these private companies can make larger profits. And why do they do so?

Well, counter to the picture presented, the president doesn’t really rule in America. The president is a mouthpiece for those who do rule — corporate America.

To use an analogy, imagine America is a horse-drawn carriage. The Democrats and the Republicans are the coachmen, whipping the horses to make sure they go in the right direction. The horses are working people pulling the country along. All the while, the decision-makers who benefit from the hard work of everyone else, sit comfortably in the carriage. While barking orders at the coachmen, to make sure they continue going in the right direction.

America has become a Corporatocracy where politicians make decisions for the benefit of corporations, rather than society.

Each political party has become a corporate stooge. Merely working to provide the illusion they are there to support society when, in reality, the aim is to benefit the corporations who feed off society.

Corporate America running the show explains why the largest voter group in America is those who choose not to vote at all. 100 million people didn’t vote in the 2016 election, and it’s not because they ‘couldn’t be bothered’ as The Washington Post lazily put it. While a record number of Americans came out to vote for the 2020 election, again, it’s likely the largest voting group are those who chose not to vote.

There are a host of reasons why people don’t vote. One of them is this large section of society has become disenfranchised and has a deep mistrust for a system that doesn’t serve their interests. They don’t vote knowing voting for either hand of the same body, will not change the body and improve their lives.

And that’s because the aim of the president isn’t to change the status quo, it’s to maintain it.

What Sanders represents is a danger to the status quo, and it’s precisely for that reason why the political apparatus made sure he never stood for president.

So, while everyone breathes a sigh of relief that a misogynistic, racist, divisive figure is no longer president, understand your life is not going to change for the better as a result. Deep down, you already know that. And until a leader who represents fundamental change does stand for president, it never will.

What is necessary to solve America’s problems is a new coin. A new way of doing things where society takes back control from politicians who have sold out to corporations. Otherwise, the same problems will persist, over and over, and over again.

What’s the Big Deal About Donald Trump not Paying Taxes?

The biggest surprise would have been if Donald Trump did pay taxes, not that he hasn't