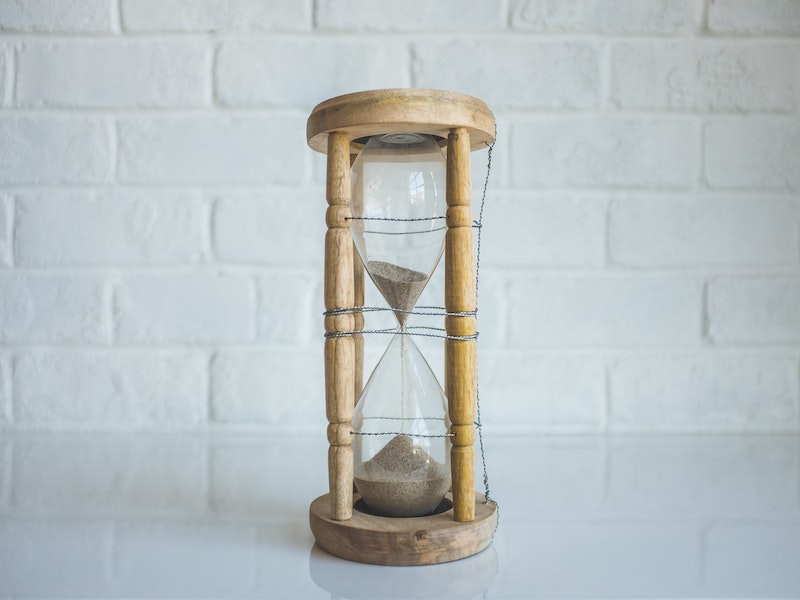 In 1930 the economist John Maynard Keynes wrote Economic Possibilities for our Grandchildren. He argued that continued increases in productivity would allow us to make more with less effort. In other words, people would be able to work fewer hours and still have their needs met.

What on earth happened? If we can produce everything needed to meet human needs with greater efficiency, why do we continue to work so much?

You may think Keynes a dreamer for believing we would be working so few hours, but if you think about why we all work, we do so to provide value for society. If the work we did weren’t providing some kind of social value, no one would do it. So if we can fulfil social needs with fewer hands, in theory, that should translate into less work.

The problem is our relationship with money. Keynes argued what would need to change is;

“The love of money as a possession — as distinguished from the love of money as a means to the enjoyments and realities of life -will be recognised for what it is, a somewhat disgusting morbidity, one of those semi-criminal, semi-pathological propensities which one hands over with a shudder to the specialists in mental disease.”

Unfortunately, while Keynes is undeniably correct, love of money as a possession has become far worse. Society is under the spell of a pathological mental illness, where we are all chasing money in a desperate attempt to outdo one another. For the sake, it seems, of outdoing one another. It certainly doesn’t make people happier. In fact, research shows that in the US, stress is far more prevalent now than in the 1990s.

One of the more schizophrenic sayings of our time is the idea that ‘time is money’. Essentially, you need to maximise every second of the day to become a success.

To add an extra layer to the madness, there is an underlying feeling that there is never enough time in the day. That’s outrageous. There is so much today in the day. The problem is that we have filled it up with so much complexity that we’re constantly chasing our tails. Time has become something we need to maximise, all the time. You can forget about doing nothing. That is sinful in an age where every minute of the day should be about either making money or using money to make you a better version of yourself.

We have imprisoned ourselves in a concept of time that makes us rush around like headless chickens. Clearly, it doesn’t need to be this way; we choose it to be so.

Many companies work eye-shatteringly long hours. For example, it’s normal in banks such as Goldman Sachs to work 100-hour weeks. That breaks down to 14 hour days, every single day.

These bankers are so absorbed and brainwashed by the reality they live in that they fail to question the fact they spend the vast majority of their day earning money they cannot spend because they work so much.

It makes you wonder, what could they possibly be doing that takes so much time? How can they have 100 hours of work to do every single week?

They’re either really bad at their jobs, they’re pretending to be far busier than they actually are, or there is too much work to do, and they need to hire more people. Regardless, no person should be spending more than half of every day working, particularly when we don’t need to do so.

Viewing money as a possession, where money is chased for the sake of having more money, lies at the heart of why we no longer live in or respect the limits of nature. Humanity has become consumed by greed and living a jet-set lifestyle. The issue with this lifestyle is that it is carbon-intensive.

One of the major contradictions of our time is that while many people have become environmentally conscious, the lifestyle being lionised makes the problem we face worse.

If we all wanted for less and were happy to have our needs met, our lifestyles would be far less carbon-intensive.

If you think about it, if you have a roof over your head, electricity, food and water, friends and family, interests that you can pursue, what more is there to life? All the other stuff, the expensive car, the glamourous house, the expensive shoes, the elaborate holidays, all these things are just fluff you have been conditioned to believe will make you happy.

You must believe it will because it creates a culture where people want to work crazy long hours to earn enough money to live the lifestyle everyone else aspires to live.

Which is great for companies who reap the rewards of everyone believing in buying the stuff they do not need.

The robots are coming

What makes our attitudes to work truly peculiar is that when robots or technology put people out of work, it’s seen as a bad thing. But, if the social construct were different, it would be celebrated. Getting a robot to do the work of a human liberates the human from doing the job.

It’s seen as a threat to peoples livelihoods, though, because we no longer behave like a society. Instead, we behave like individuals who compete with one another. Meaning job losses are bad as the people who lose them now have no income and no one to fulfil their needs.

If we viewed society as a society, everyone could celebrate when robots replace humans. It means fewer people are needed to produce the stuff society needs. With fewer people needed, less of us need to work so many hours.

But, this comes back to Keynes conception of seeing money as a possession rather than a means to enjoy life.

Robots are viewed as the enemy rather than our liberators from the shackles of work. We have our values twisted upside, but no one questions this because they have always existed within a reality where ‘time is money’.

How can it be solved?

We are all driven to live a materialistic lifestyle, and so people are not satisfied to live within limits. Each person is driven to earn more, want more, buy more. Our culture justifies working more hours because you need to earn more to live up to social expectations.

What we need is need a society that works within limits. That doesn’t seek for more but is satisfied with having enough.

If our relationship with money changed as Keynes imagined, then each person would be far happier with less.

The scary thing is that we live in a time of abundance. We produce more than enough to meet everyone’s needs, yet the greed and vanity of a minority mean millions still do not have their needs met. Even in rich countries, many people are desperately poor due to the individualisation of society.

A more equitable society not so focused on materialism would allow people to work far fewer hours. If that happened, people would have less money but also feel less compelled to buy stuff they don’t need.

Doing so would make it easier to live within limits and enable us to deal with the ecological crisis because our energy-intensive lifestyles would reduce. People would be satisfied with less stuff and more time. Less rushing around and more leisure, less wanting and more doing.

Unfortunately, our conception of the world, where each person is in a never-ending rat race, gnawing at one another’s ankles to get a step ahead, is grounded in an ideology that demands more.

Ultimately the culture of more is creating the ecological crisis that we are deep diving into. When the ecological crisis feels like a crisis, all the stuff that everyone has become addicted to will lose importance when we are struggling to meet those needs we now take for granted. Only then will people wake up to the fact that money is not more important than the environment.

Corporations have behaved monstrously in the past — how can this behaviour be changed?

Why Are Our Political Leaders Failing to Deal With the Climate Crisis?