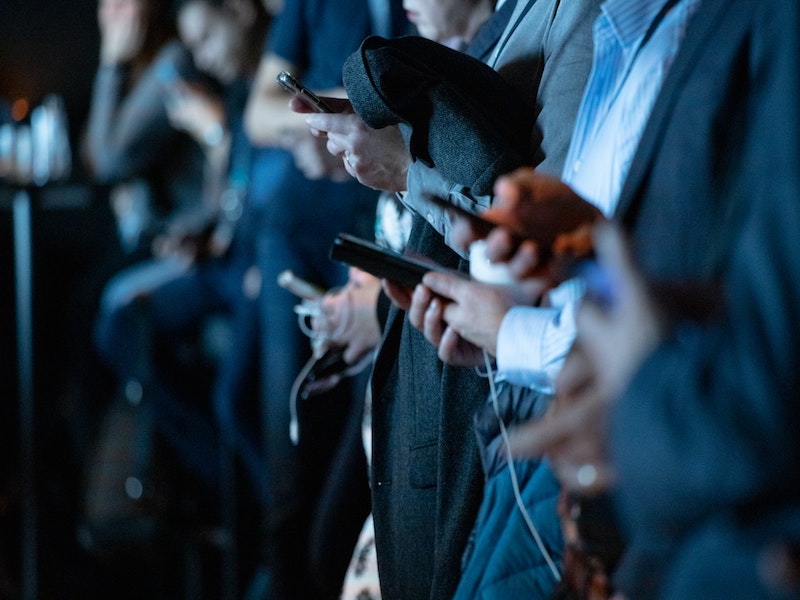 Society is distracted by playing on people’s fears

The unemployed — lazy and happy to take handouts from the government. Immigrants — parasites who want to come to our country and scrounge. The poor — they’re not productive enough; they need to get better jobs. The problems in the world are due to individuals. It’s individuals who don’t have a desire to make something of themselves; that’s the problem. These views have come to define right-wing populism. What they show is how powerful the media is in shaping our views and opinions.

Right-wing policies like this have become popular due to the remarkable success right-wing parties have had in communicating their ideas and agenda so effectively. Right-wing governments tend to support neoliberalism, an economic ideology that revolves around a basic assumption; markets are good, and governments are bad. Deregulation, low taxes, privatisation, and cuts to the welfare state, are all key policies of right-wing neoliberal governments. They also coincidentally happen to be policies that benefit the rich and make the poor worse off.

Yet while right-wing parties tend to prioritise the needs of the rich, it is the working and middles classes, those who are victims of such policies, that support and vote for these policies. The tragedy behind this successful communication campaign is that systemic social problems are by design and are the result of ideology. The underlying problem is that the economy has been designed to benefit the richest 1%. But the media doesn’t want you to hear that. No, no, no. The mass media has become weaponised to serve a vital purpose — deflect attention away from the real problems by distracting them. They do so using weapons of mass distraction.

The weapons of mass distraction are all about playing on people’s fears. The media places the onus of blame for your problems on others who are just like you. The media obsesses over immigrants trying desperately to cross borders illegally. They never mention they are fleeing hardship or war. It focuses on the unemployed — never mentioning how there aren’t enough jobs to meet the needs of each person. It focuses on high levels of crime. But never mentions the stories of poverty and hardship that leave many with little option but to seek a life of crime. Each problem is framed not as a systemic issue caused by underlying economic or political factors but as the fault of individuals who make bad choices. And the right has become highly skilled at creating policies that play on those fears.

Vote for us because we’ll be tough on immigration. Vote for us because we’ll be tough on crime. Vote for us, and we’ll reduce benefits. We’ll force the lazy into work. These are the rallying cries of the right, and it is a message that reverberates with many people on lower incomes who feel a sense of injustice that they work for their hard-earned money while others scrounge off the government. The underlying message is that your hardship is the result of other people. And seemingly, if this plague of rotten individuals changed their attitudes, social problems would be solved, just like that.

Take immigration. Working class people tend to support being tough on immigration due to the false belief that more immigrants will take working-class jobs, leaving them in a worse position. Your poverty couldn’t possibly have anything to do with the government that creates policies or companies that pay low wages. Your poverty is due to immigrants flooding the country and taking those low-paying jobs. It’s a strategy that is breathtaking in its audacity, and yet it works brilliantly well. The best way to deflect attention away from yourself is by blaming others.

This is the reason why the media is so powerful. What we watch, read and hear in the media creates our reality about the world around us. It is the media that shapes and informs our opinions. The mass media has become skilled at controlling what we see and hear and hiding what the wealthy elite don’t want us to see. You never hear about the inherent injustice at the heart of the global economy because the same people that benefit from inequality control the media.

In the US, 15 billionaires own all of the major media channels. Meanwhile, just two billionaires own half of the UK’s top ten daily newspapers. In a system where the press is owned by private companies (or individuals), the result is that what we see and hear is highly influenced by the beliefs of these individuals. Now, they would argue that the free press presents balanced news articles because unlike the government that spews out propaganda, they don’t have an agenda.

But these rich billionaires have their own propaganda machine concealed by the illusion of the ‘free’ press. They benefit from the system as it is, so it’s unlikely they will want to focus on the injustice that lies at the heart of our economic system. There would be an uprising if people realised just how unjust the economy is. That doesn’t suit those in power, so they create stories that distract people. To get people and groups to dislike one another.

Social media is even more powerful in reaffirming people’s beliefs. It works through algorithms that serve you content it knows you like. It’s estimated that 50% of people get their news exclusively from social media. The danger is that those who depend on social media for their source of news live within information bubbles. This is where the more they depend on social media as their source of news, the more the news helps to reinforce their preconceived ideas about the world. As more people are drip-fed information from social media, it’s leading to ever more polarisation — excellent news for the rich elite, who want people to dislike each other.

Not everyone believes in right-wing populism, of course. But social media serves progressives news they agree with and right-wing supporters news they agree with. Inevitably it leads to growing divisions between sections of society where the more news they read, the more it strengthens their beliefs in their own arguments. And with time, the weapons of mass distraction are becoming even more sophisticated. Being bombarded with so much information becomes overwhelming. Inevitably, a tactic to digest all of this information is to scan it quickly and move on to the next bit of content to consume.

Social media is particularly bad for this. People tend to read headlines and make assumptions based on their preconceived ideas. It’s estimated that 60% of people read headlines without reading the actual content within a story. The result is the ever-increasing sensationalisation of news stories, with an ocean of clickbait articles that get lots of clicks but say absolutely nothing of substance.

Unfortunately, as social media has taken over many people’s lives, the ease with which people will continue to be served news stories that work to reinforce their own beliefs is bound to get worse. All the while, the systemic problems that exist today will continue to exist because the cause of those problems, an economic system designed for the 1%, is still alive and well. If people woke up to the lie and realised those they dislike are just victims of the same system as they are, society might unite. And that’s precisely why the weapons of mass distraction must continue in earnest. Because if that happened, people may uprise against the system of injustice and create a society that works for everyone, rather than that tiny elite. And no one would want that now, would they?

But the solution comes at a bitter price

Why the Productivity Culture Glamorising 100 Hour Work Weeks is Deranged