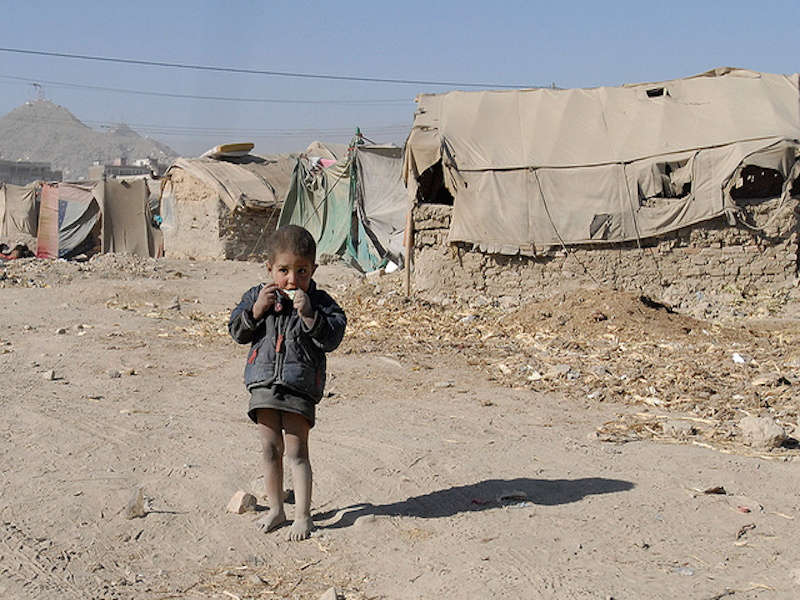 The brutal civil war in Syria that exploded into life in 2011 resulted in millions of people fleeing their homes for their safety. creating a humanitarian crisis. The Syrian refugees contribute to the 79.5 million refugees forced to leave their homes as of 2019.

That’s a lot of people.

And it has resulted in a refugee crisis, where many people have become nomads. Not able to stay in their own country, but not being accepted in other countries. The Calais Jungle, home to nine thousand refugees stuck in a state of limbo, is just one of the countless refugee camps spotted around the world.

Now imagine that one billion people will have been forcibly removed from their homes in just thirty years due to climate change. That’s how many people the Institute for Economics and peace estimate could become ‘climate refugees’ by 2050. That doesn’t include anyone displaced by war or the myriad of other factors leading to displacement. It is only due to threats triggered by changes to the climate, such as water and food shortages and greater exposure to natural disasters.

An intense drought in Somalia hints at what is to come. In 2019, Somalia suffered its worst drought in over 35 years due to changes to the climate brought on by global warming. Poor rural communities in Somalia depend on the land for their survival. When the land fails to produce crops and food for livestock, they face ruin.

The drought forced millions of Somalis to abandon their homes and join the growing number of climate refugees. The situation in Somalia will become a familiar story as we progress into the 21st century.

Hitting the most vulnerable the hardest

The climate crisis brings up all sorts of moral dilemmas. As is typical, those set to face the worst impacts of climate change have contributed the least to the problem. The industrial nations have caused the most historical emissions. So it would seem only just that the western industrial nations support developing countries once they become overwhelmed by changes.

But, as you well know, what is ‘just’ isn’t necessarily what ends up happening. As every country will be having to manage their own challenges, they may not have the capacity or motivation to help.

While they created the problem, it’s not hard to imagine lots of countries having an ‘it’s not our problem’ attitude to climate refugees. What seems unlikely is that western countries will welcome millions of refugees with open arms. People are wary of refugees at the best of times, let alone if tens of millions of people are seeking asylum.

And if a few countries have this attitude, then those who may be sympathetic to climate refugees will be left with little option but to follow suit because the problem would be too big for so few countries to deal with.

The major fear of the climate crisis is that many countries struggle to provide for the needs of their citizens as it is. As the climate crisis becomes more aggressive, social order could break down due to so many people living in a state of stress.

The refugee crisis could lead to starvation and death on a scale never before seen in humanity.

Many of the countries most at risk from climate change are the least stable and least able to manage a social crisis. A perfect storm is brewing that could lead to war as rival groups fight for the few precious resources that remain.

The climate crisis is such a monumental problem because it is creeping up on us slowly. We can’t see how the changes impact us, as it’s difficult to notice discernible changes to the climate. Yet, the climate is changing, and if we reach a point where there are one billion climate refugees, we really will have reached a point of no return.

We are facing a desperately uncertain future. Social breakdown is a genuine possibility.

The major problem is that to solve the challenges we face, we need to question our behaviour. Our behaviour is a product of a set of belief systems that form an ideology society conforms to. The dominant ideology of our time is driven by free-market capitalism. This ideology lies at the heart of why we do what we do and think how we think. It lies at the heart of the culture of progress. The idea, for example, that our economy could do anything other than aim for economic growth is absurd.

Yet, if the path we are on has the potential to lead to one billion refugees in thirty years, and this is merely one problem of a host of problems, then surely we need to start questioning if the culture of progress is creating progress any longer?

Undoubtedly free-market capitalism has had lots of social benefits. The standard of living all around the world has improved immeasurably. But no one has ever stopped to think when is enough progress enough? The issue we have is that progress (through economic growth) has always worked, and so we assume it will continue to work.

To make matters worse, we have no other way of doing things other than to continue on the path we are on.

What can we do?

What we need is transformative change driven by an ideology that does not focus on economic growth as its main goal. A different set of beliefs that focuses on providing the needs of all within the limits of nature. Because, lest we forget, society can not be maintained without a healthy environment. It is as simple as that.

Yet the underlying issue is that the elite who gain so much power from how things are now are hardly going to volunteer to give up that power.

You imagine many people, even knowing that we are hurtling towards catastrophe, will have the view that ‘it’s not my problem’. As long as I’m okay and my self-interests are okay, then there is no problem.

And so we continue to hurtle down a path that is making the problem worse because we are stuck in a reality where our ideology compels us to do so.

It seems the best we can all do is to prepare mentally for what’s to come, rather than hiding in a delusion that everything will be okay in the end. Unfortunately, life isn’t a Hollywood movie. We don’t always have a happy ending. And unless the powerful vested interests give up the status quo, we are set for a future of problems that are unparalleled in the history of humanity. Let us hope that when we face those problems, the humanity of humanity will prevail over chaos and dysfunction.