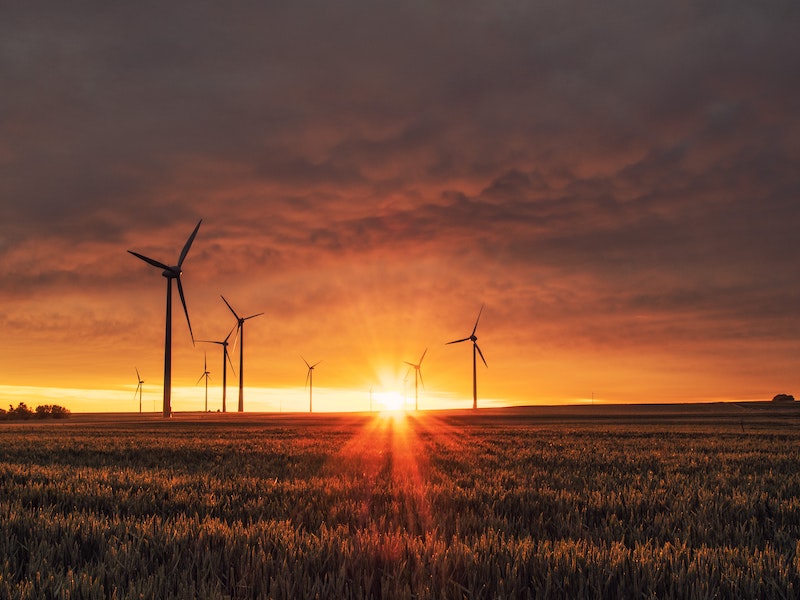 “It’s now or never.” The IPCC’s latest report provides yet another damning warning; emissions must start to decrease dramatically by 2025 to avoid the worst impacts of the climate crisis. Factor in other impacts like human behaviour destroying biodiversity and triggering the sixth mass extinction event, or that the Amazon Rainforest is dangerously close to crossing a tipping point that will lead to the mass die-off of the rainforest, and the reality looks bleak. Scientists have warned that we are edging ever closer to social collapse for some time.

Contrast this with bold claims by companies said to be spearheading a green revolution toward a low carbon economy. Corporations go to great efforts to produce reports waxing lyrical about their ‘remarkable achievements’ in reducing their environmental impact. Corporate social responsibility (CSR) has become all the rage.

The business sector has always been seen as a critical leverage point in transforming society and the economy onto a sustainable path. But why is there such a contrast between the ‘everything is gonna be alright’ picture created by these companies and the reality communicated by scientists?

Well, because companies work tirelessly to create an illusion they are at the forefront of change. Meanwhile, lots of companies press on with business as usual. And lurking in the background are those who assist these companies in presenting themselves as shining lights; sustainability consultancies. Hang on though, surely a sustainability consultancy is hired to make a company more sustainable? Here are five reasons why that’s not the case.

1. Consultants tell you what you want to hear

Companies hire consultants because they know something that the company doesn’t. And, it’s cheaper (and easier) for the company to hire the advice than to create a department or internal roles that satisfy the same expertise. That fact makes the idea of a sustainability consultancy nonsensical from the get-go because the only way for a company to become sustainable is to embrace sustainability as a core part of its business model.

Sustainability should be interwoven into everything a company does. It shouldn’t be a statement on a glossy page or act as advertising spill. Granted, companies may need help creating a sustainable business model, and some consultants offer this type of expertise. But by and large, this is not the advice consultants provide to companies because it’s not the service most companies want.

A company doesn’t want to hear that its entire business model is unsustainable. That would require wholesale transformative change. And while there is a compelling business case for embracing a sustainable business model, the bottom line is that for a consultant to be hired, they have to convince the company that they are of value.

It’s no good saying what the company doesn’t want to hear. And what most companies want to hear is that they need to make some slight tweaks. Sustainability ‘strategies’ revolve around making incremental changes that provide the illusion that fundamental change is happening.

So for all the Patagonia’s out there who are pioneering a sustainable approach — countless companies cling to business as usual. And sustainability consultants help these dinosaurs to provide a facade of change. Great for the company, which can pay a consultancy a certain fee to help strengthen its brand. And great for the consultancy who get paid for the advice they provide. Whether the advice makes the company sustainable is neither here nor there — so long as it looks like the company has become more sustainable.

It is nothing more than greenwashing that provides consumers with a false sense of hope that the company is solving environmental problems. Then again, if they’ve hired a sustainability consultancy to tell them what to do, then the information must be correct, right?

This is a fundamental issue with sustainability consultancies. A market has sprung up to ‘solve’ the ecological crisis, but consultancies are also companies working under the same competitive pressures as the businesses they’re trying to help.

The triple bottom line of ‘people, planet, profit’ is often used as a means to show consumers and shareholders how a company is embracing a sustainable mindset. The idea is that companies should prioritise society and the environment alongside the traditional bottom line of profit maximisation.

The reality is that the bottom line in a capitalist system must be profits. Because if you’re not profitable, you’ll be driven out of a market, which would hardly make the business sustainable, would it?

Sustainability consultancies are victims of the same pressures. They have costs and revenue streams to consider; bills and wages to pay. They exist within the same economic system as these companies they are trying to make sustainable. Inevitably they need to play the same game as those companies. They need to win work from competitors and convince companies that they are best placed to serve their needs. What they end up doing may not make the company more sustainable, but they get paid, and most importantly, the company that pays them looks like they are doing something — even if it is a token effort.

The fact consultancies operate under the same competitive pressures as every other company means inevitably they compete, not cooperate. They seek to differentiate themselves from the competition. A business will hardly opt for your sales pitch over that of another consultancy if everyone pitches the same idea.

The idea that consultancies compete is ironic because this desire to compete drives environmental destruction. And the bottom line is that some consultancies will provide far better advice than others. Worse, some consultancies won’t provide a company with advice that will make them sustainable. If they are cheap and can convince consumers that this company is making an effort, some companies might just be swayed by that sales pitch.

What makes this worse is that when you think about what we need to do, each company must conform to a sustainable vision of success and follow a similar strategy to get there. If there are lots of different ideas as to what a sustainable economy looks like, the result would be some higgeldy piggeldy mess where lots of companies are singing from different hymn sheets.

At present, each company exists within an economic system that is inherently unsustainable. What’s needed is for the overall economy to be redesigned with each company conforming to a new set of ideas.

There may be a few options as to what a sustainable economy looks like, but it’s no good for anyone if every company adopts a different approach. We need unity and cooperation in a shared vision that leads to a future where companies cooperate in a sustainable world. Competitive markets aren’t set up to bring that vision to reality.

4. The market is the problem, not the solution

Capitalism’s success has always been its adaptability and ability to create new markets that satisfy consumer needs. Inevitably then, the way we are approaching solutions to the ecological crisis is that new markets are being created to ‘solve’ it.

Sustainability consultancies are one such market. But the cause of the ecological crisis is the ideology that every company (including the consultancy) conforms to.

An example is that economic growth is the foundation of the economy and the goal of all companies working within it. But growth means our reliance on the natural world continues to increase. As greenhouse gas emissions are intertwined with growth, emissions continue to increase when they need to decrease drastically. Land use increases, leading to habitat destruction and biodiversity collapse getting worse. Deforestation in the Amazon increases when the rainforest is on the verge of dying.

But companies must continue to conform to beliefs that continue to make the ecological crisis worse. And consultants can hardly tell them to embrace a new set of economic beliefs because the consultancy would soon go out of business as it would never get any work.

5. Consultancies provide an illusion of change

Most companies see no need to embrace a sustainable business model because they know every other company isn’t making an effort. It leads to every company working hard to present a facade of change while pursuing business as usual, making us even more unsustainable.

But because a market has been formed which provides the illusion that change is happening, companies can easily deceive the public into thinking they are making genuine changes and placing sustainability at the heart of their business.

Change can happen only through a paradigm shift that transforms society and the economy. Consultancies are, by their nature, not designed to trigger transformative social change. This is a major dilemma we face in creating a sustainable world. The system that is causing the problem is the same system that is trying to solve the problem.

Don’t get me wrong; many well-intentioned people and consultancies are looking to make genuine change. They will find the lack of enthusiasm and pushback within companies just as frustrating as anyone else. But while lots of consultancies are in it for good reasons, plenty of others are in it for the money. The bottom line is that due to how entrenched our beliefs are, the market is not becoming more sustainable; it’s just become great at providing a dangerous illusion that it is. That fact makes sustainability consultancies a symbol of the problem, not the solution.